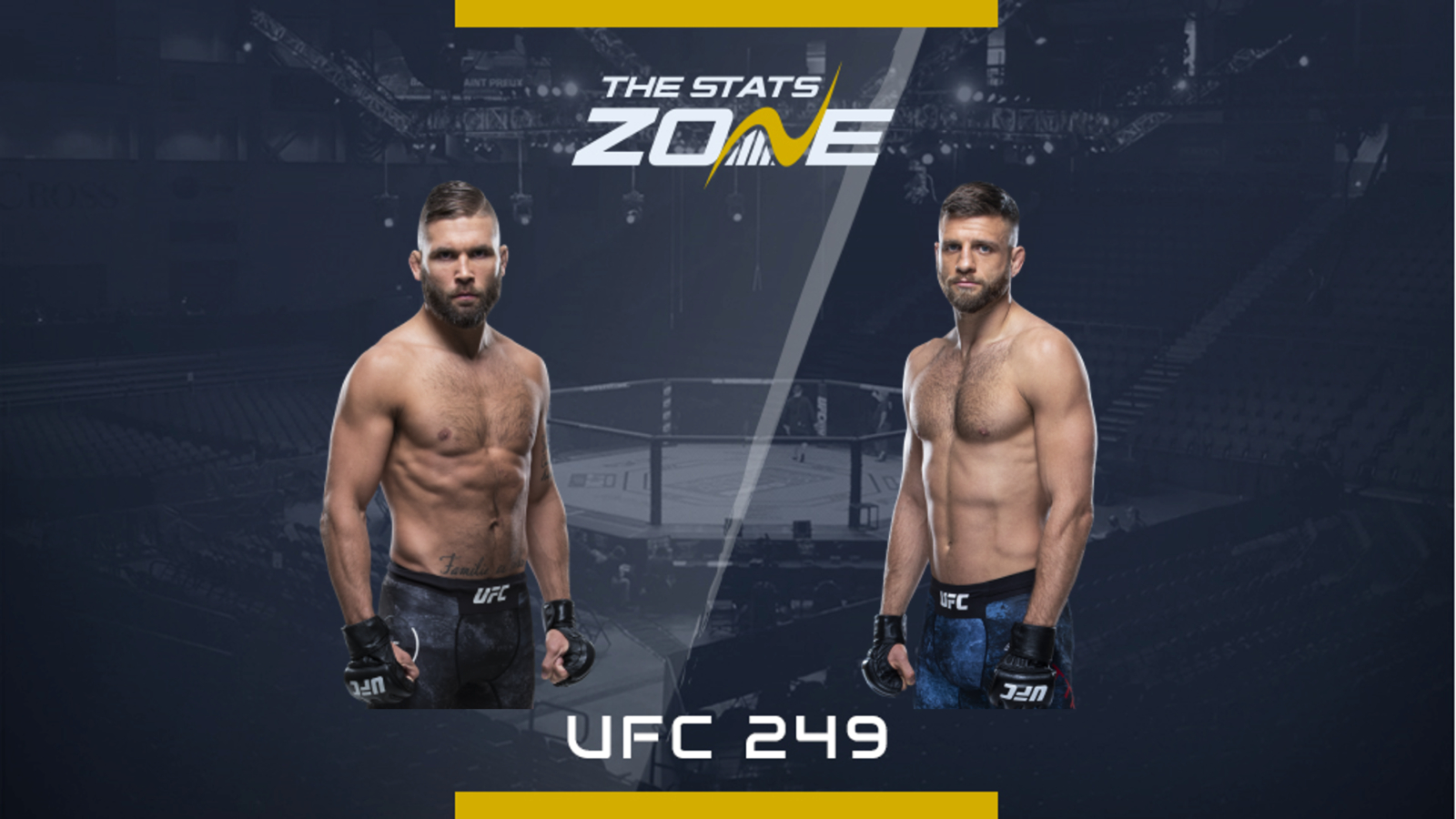 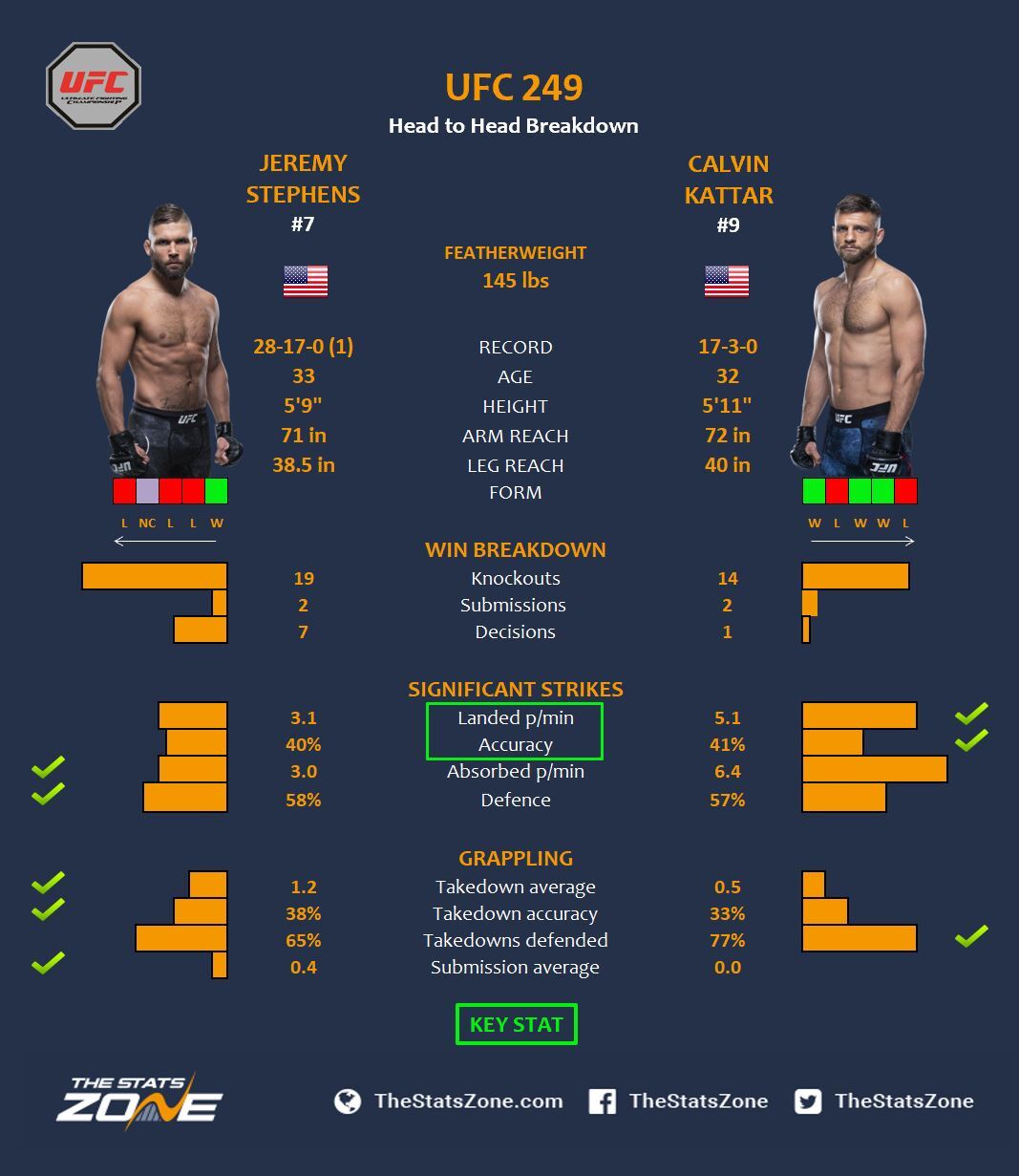 UFC 249 is stacked from head to toe as veteran Jeremy Stephens and Calvin Kattar add extra spice with a technical tear-up.

Stephens is suffering his worst patch of form at the moment but when you have been slugging it out in the UFC for 13 years and frequently coming up against the cream of the crop, winning streaks are hard to come by. He was finished by the former champ Jose Aldo and then lost a decision to top prospect Zabit Magomedsharipov and Yair Rodriguez after their first clash was written off early due to an eye poke.

Kattar suffered the same fate against Magomedsharipov as he was handed his second UFC loss. However, if that fight was a five-rounder he could have easily derailed the Russian. Kattar has an engine on him but it is his boxing and power that makes him so threatening and if he wants to continue where he left off in dispatching Chris Fishgold and Ricardo Lamas we are going to have fireworks as few people relish a brawl as much as Stephens.

Stephens is only a year younger than Kattar but he has a lot of miles on the clock which may easily take its toll if the fight spills out into a brawl. Either way this is going be a very gritty and violent stand-up war.

Both men are very durable, but their power will accumulate to potentially create a late finish. Whoever can land more with a consistent output will get the job done and Kattar gets the nod as we have not quite seen the best of him yet and this is a good match-up to illustrate his potential.