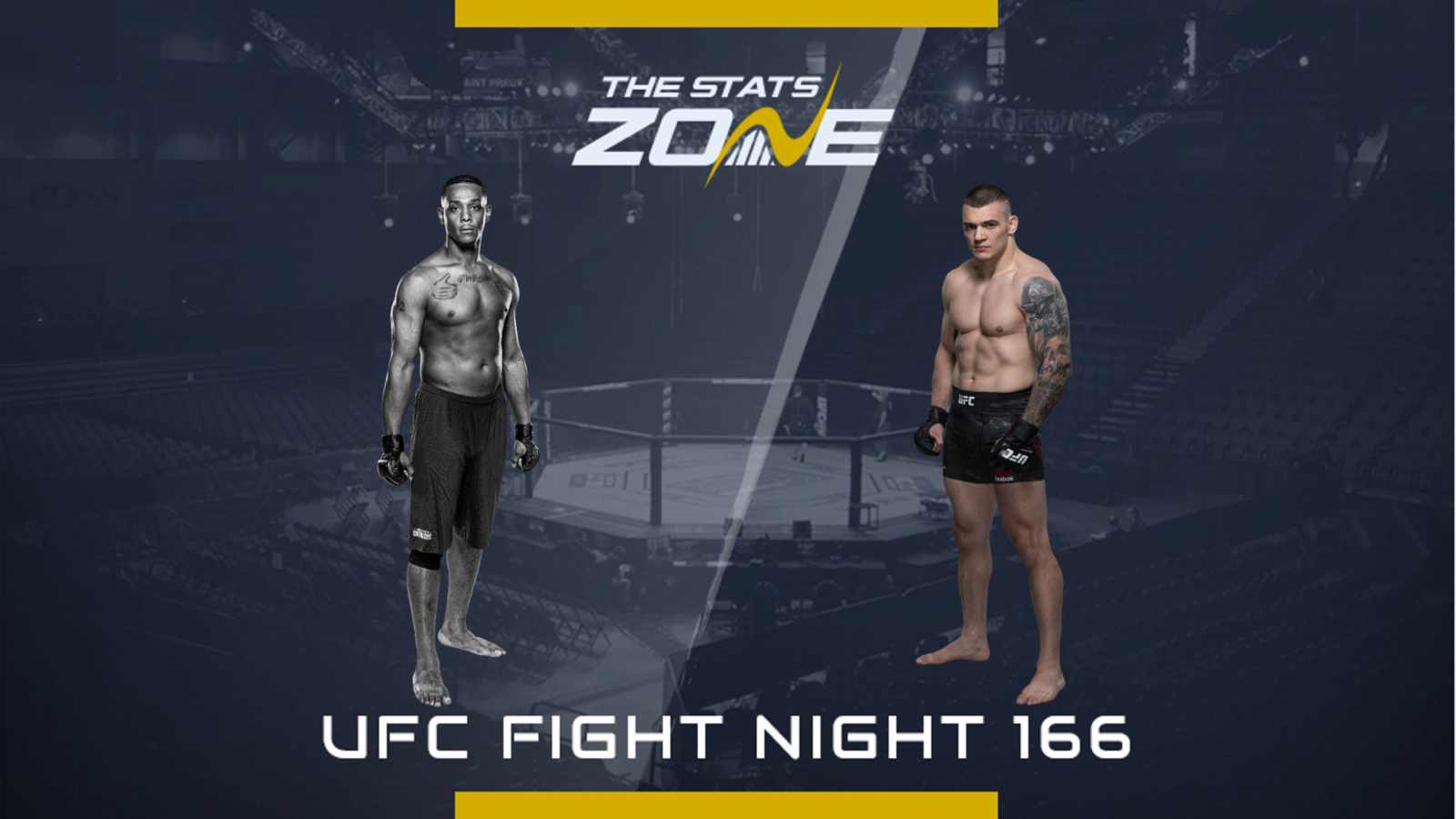 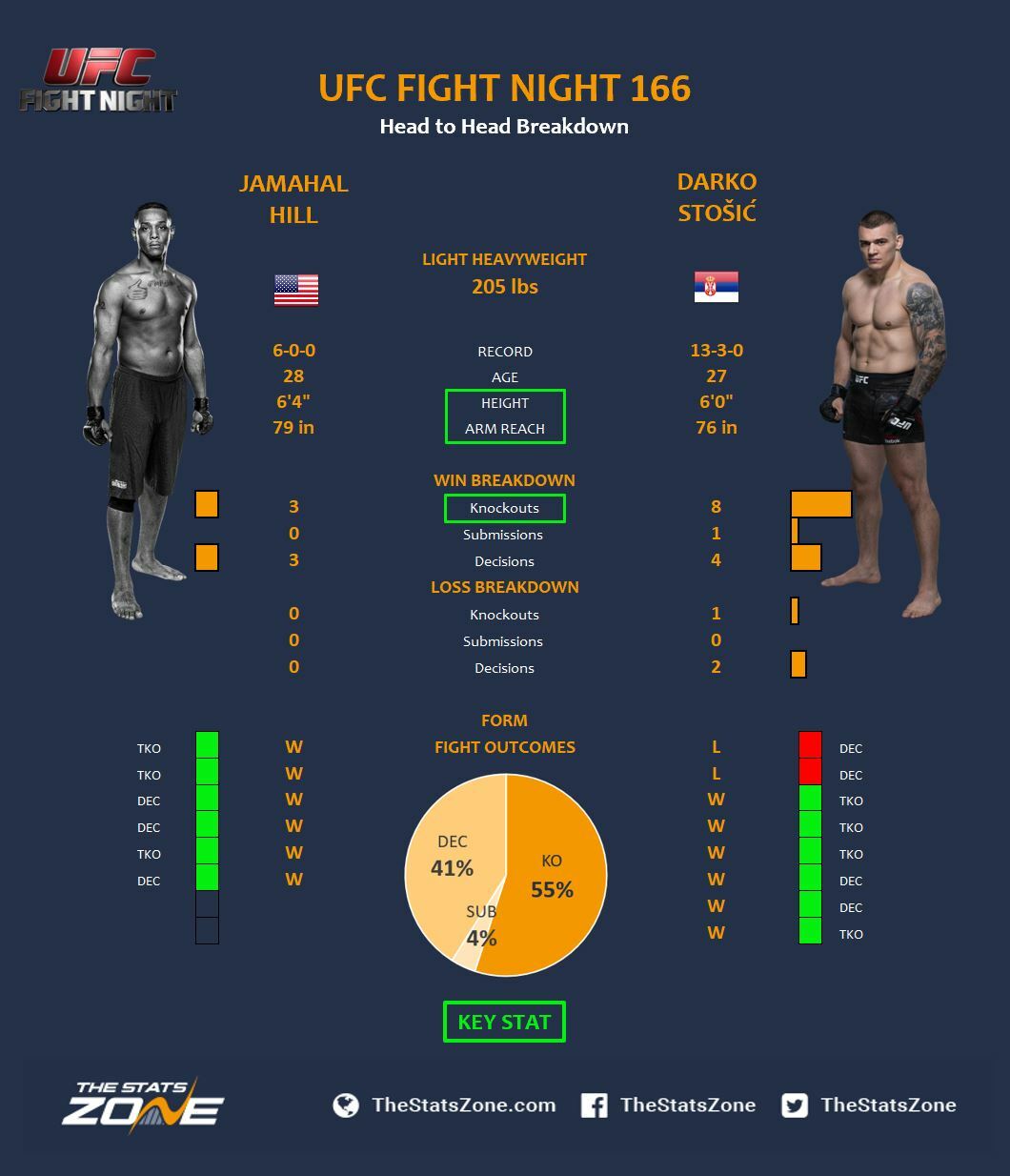 Jamahal Hill heads to North Carolina for his UFC debut but has one hell of a tough assignment in the form of Darko Stosic.

Hill has only had six professional fights but looks like an exciting talent. He won his first four fights for the Knockout Promotions and then finished William Vincent for the Lights Out Championship which earned him a chance on Dana White’s Contender Series. Here, he made a statement by knocking out Alexander Poppeck and earning a UFC contract.

Stosic is a huge step-up in competition and even though the experienced Serbian is coming off two losses, he is extremely dangerous everywhere. Devin Clark and Kennedy Nzechukwu stifled his progress with decisions but the fight with Nzechukwu could have gone either way. Now, Stosic is out for redemption and wants to get back in the winning column.

When two talented strikers with knockout power clash, either man can fall but the difference here will be Stosic’s experience and crucially his grappling. He has a strong judo base and he has the ability to throw Hill to the mat and potentially get the finish with ground-and-pound.