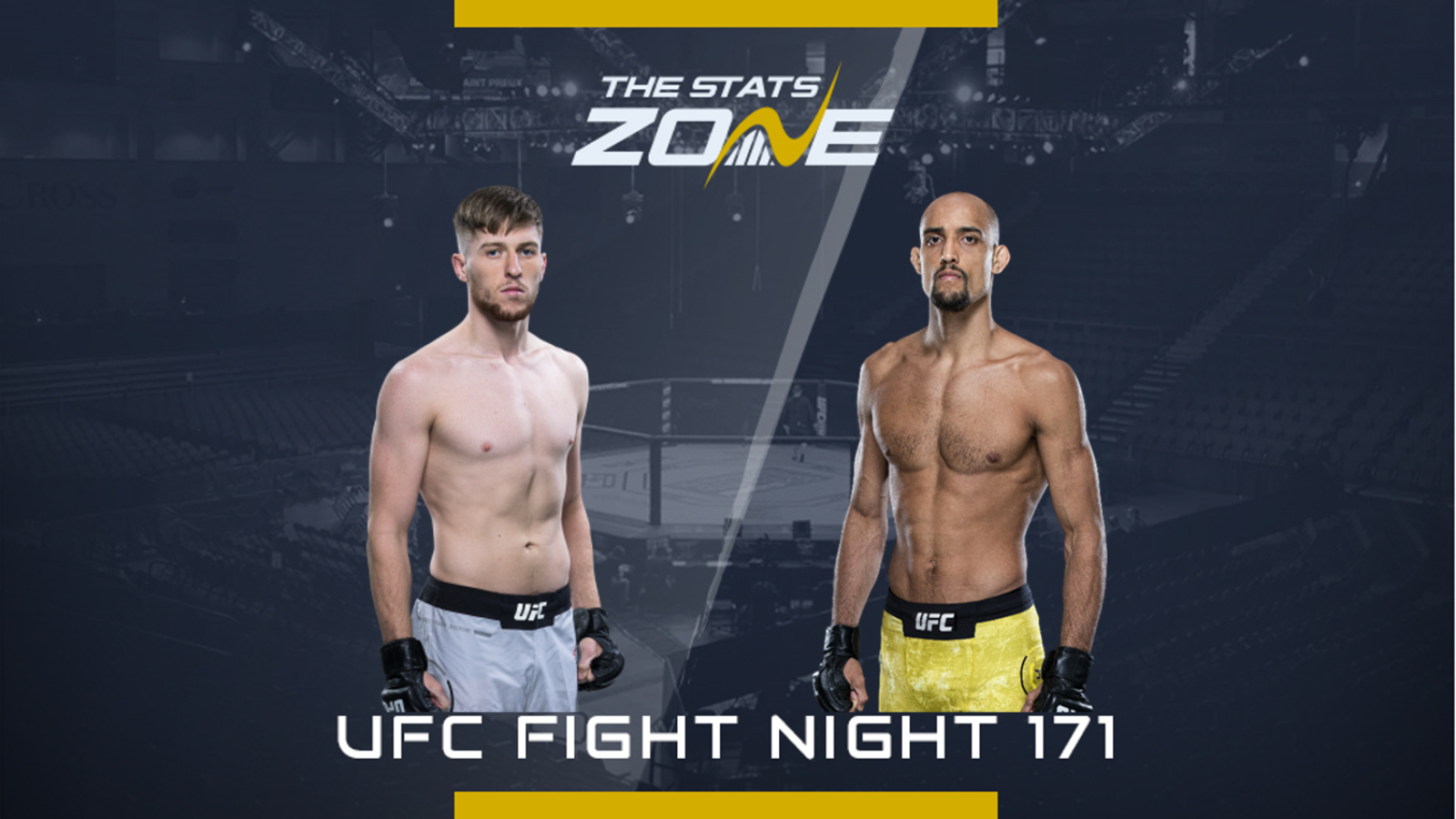 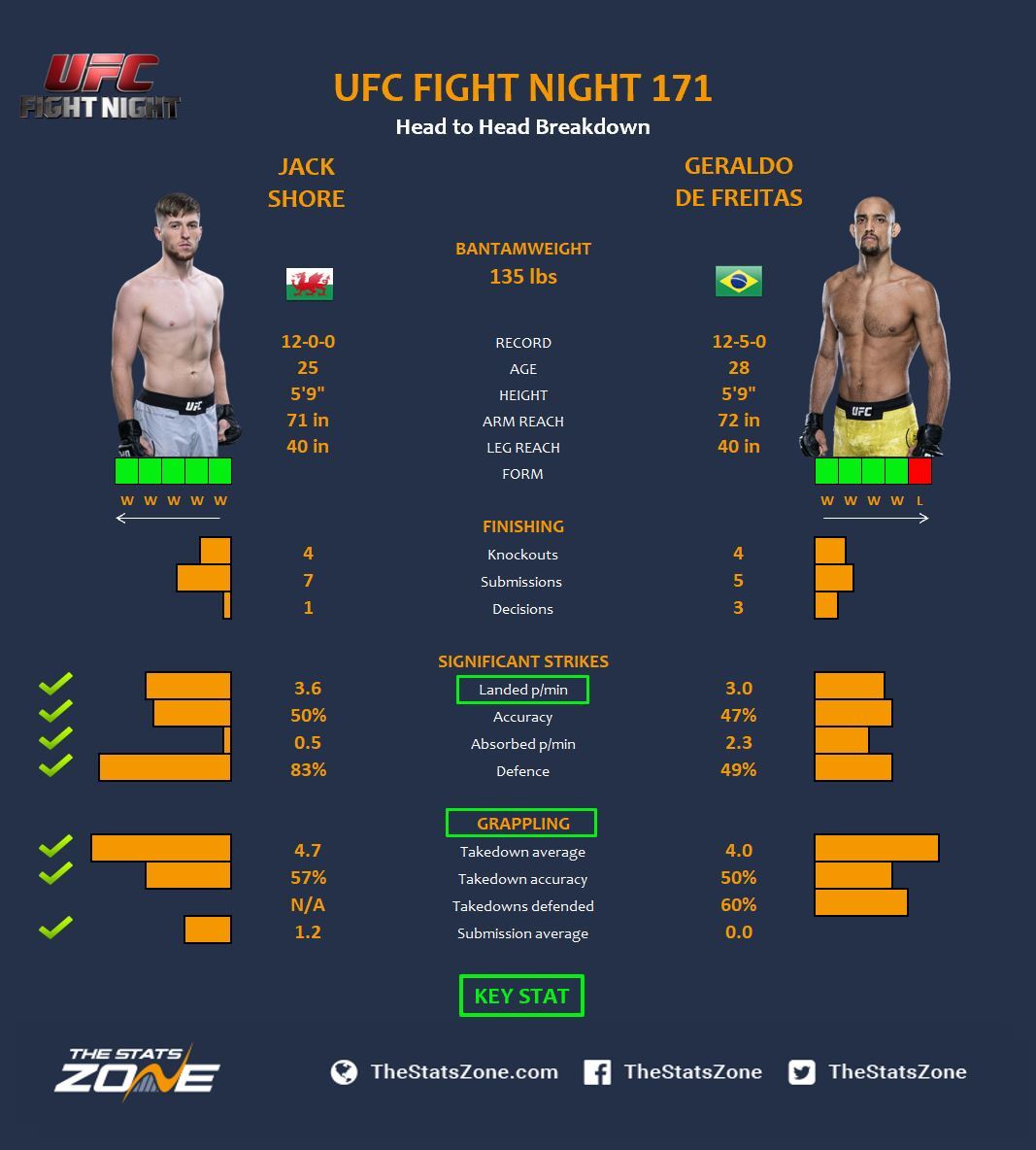 Welsh prodigy Jack Shore makes his anticipated return to the octagon after his successful debut and now takes on the Brazilian Geraldo de Freitas who is desperate to bounce back from a loss.

There is a lot of hype around Shore who is unbeaten and finished all but one of his fights. The former Cage Warriors champion had 10 successful outings for the promotion to earn the call up to the big time and lived up to his reputation on his UFC debut by submitting Nohelin Hernandez at UFC Fight Night 160.

He takes on De Freitas who also won his UFC debut by earning a unanimous decision over Felipe Dias Colares back in February last year. However, he is coming off a loss and split decision to Chris Gutierrez, snapping his seven-fight winning streak.

This should be a very entertaining fight and De Freitas will test the credentials of the prospect. Shore edges all of the stats but keep in mind they are only based of three fights between them.

We can expect Shore to be very active and get the initial work done with his strong jab which can lead to openings for him to find the Brazilian’s chin or his back after a takedown. De Freitas is also very skilled on the mat so will be tough to submit but Shore should have too much energy and wear De Freitas down with his grappling and strikes to eventually secure a finish.