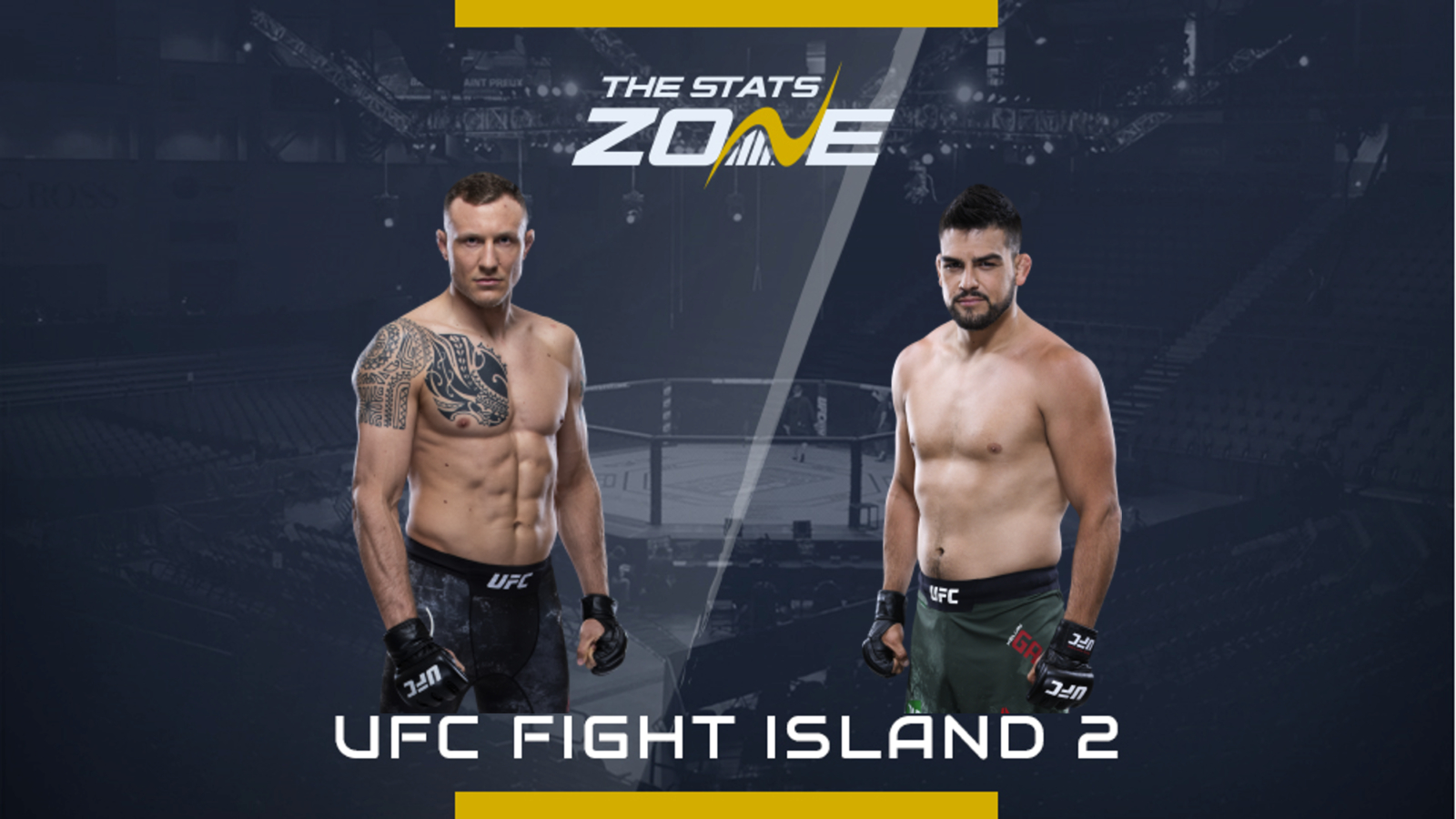 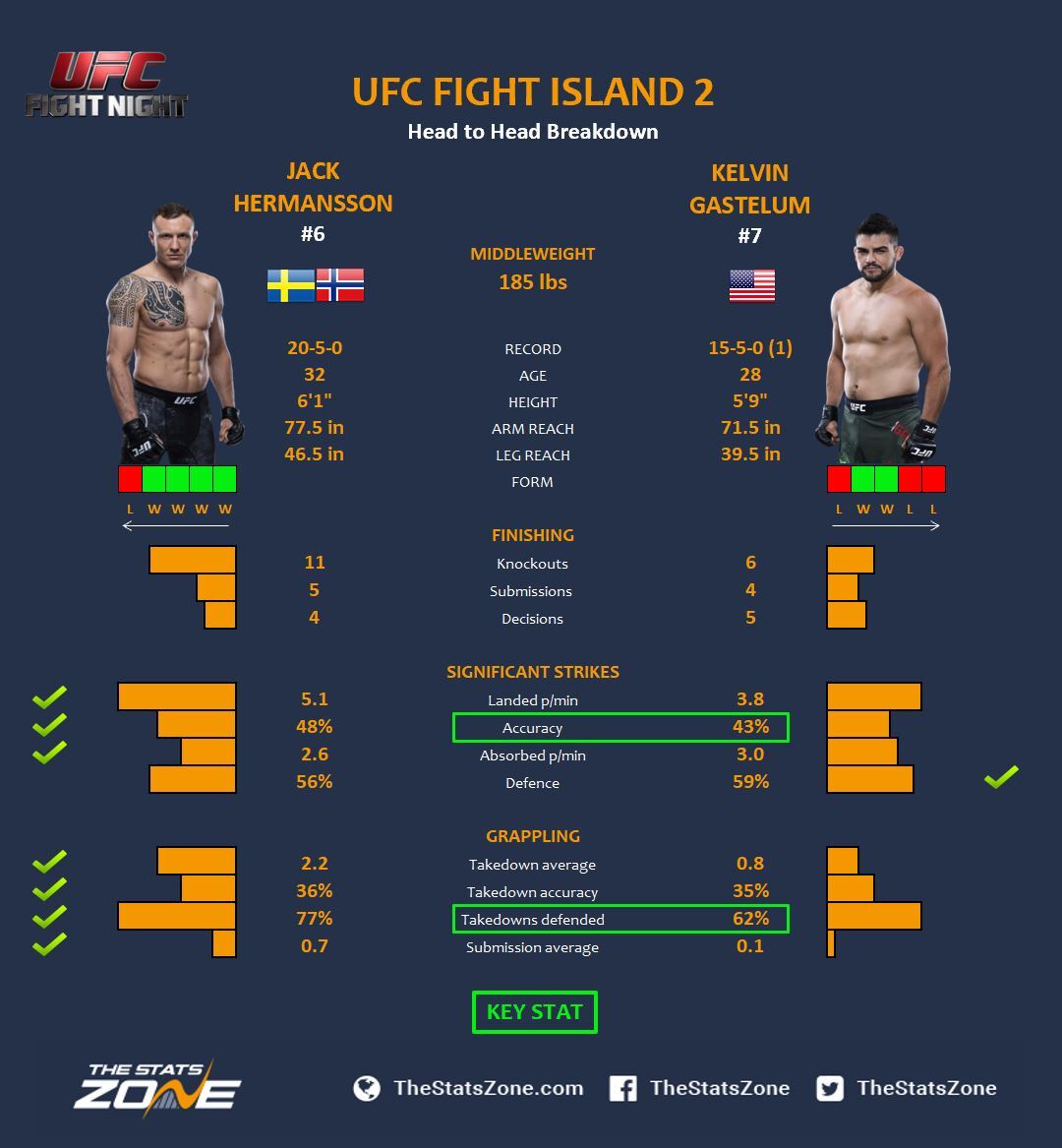 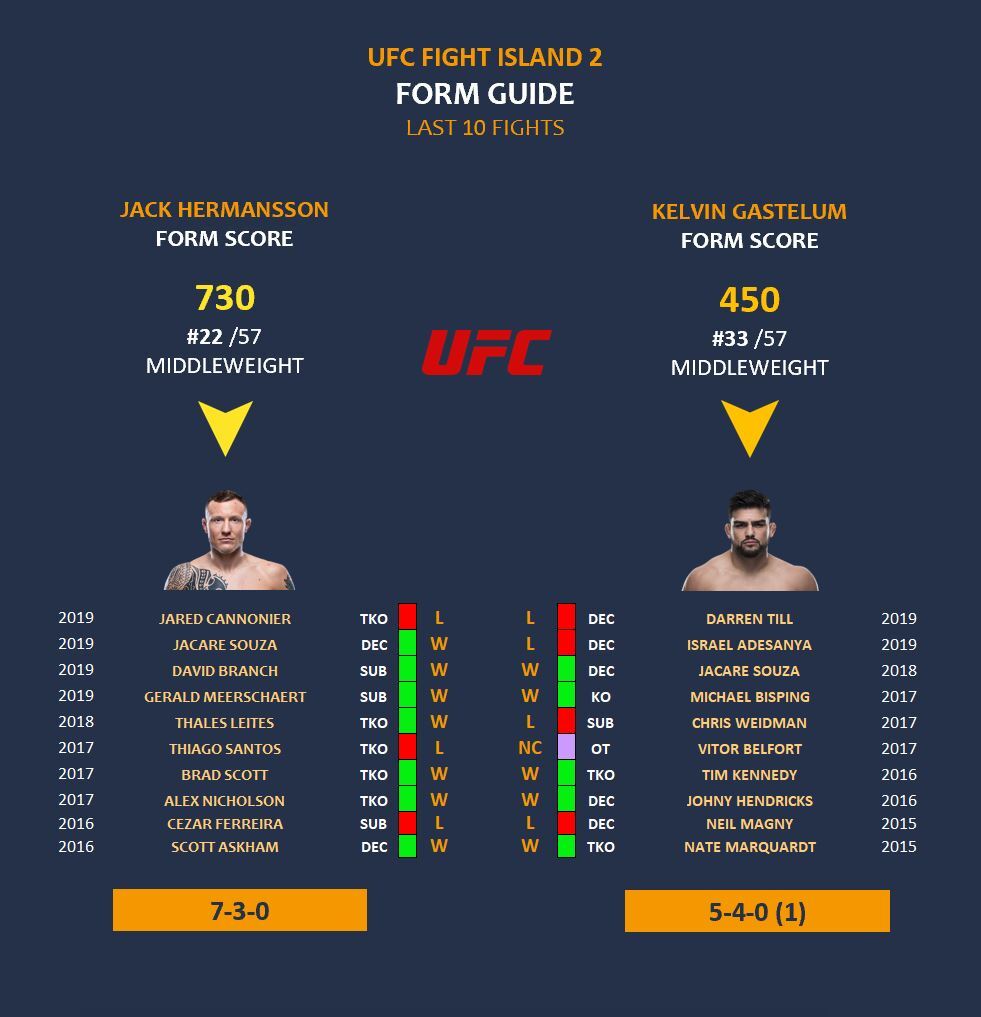 Two elite middleweights support the main event on Fight Island with Jack Hermansson and Kelvin Gastelum both looking to bounce back from losses.

Jared Cannonier broke the hearts of the European fans by knocking out Hermansson in Copenhagen last year. It snapped his impressive four-fight win streak and has seen him drop down to #22 in the middleweight form table.

Gastelum has struggled more for form sitting at #33 however, he has taken on a lot stiffer competition. He is coming off two losses to Israel Adesanysa and Darren Till but he took them both to wire narrowly missing out.

Hermansson will have a significant size and reach advantage over Gastelum but he is more likely to use these advantages to take him down and tie up a submission. Hermansson is a dangerous and awkward striker but Gastelum has proven he is up there at the top of the food chain when it comes to striking.

So, Hermansson will look to emulate Chris Weidman and try to close the distance, clinch up, drag Gastelum to the mat and use his extra power and technique to set up a submission. However, Gastelum will make it very hard for Hermansson and if he can avoid the first few takedown attempts, you have to back his boxing and hand speed to find the chin of Hermansson.