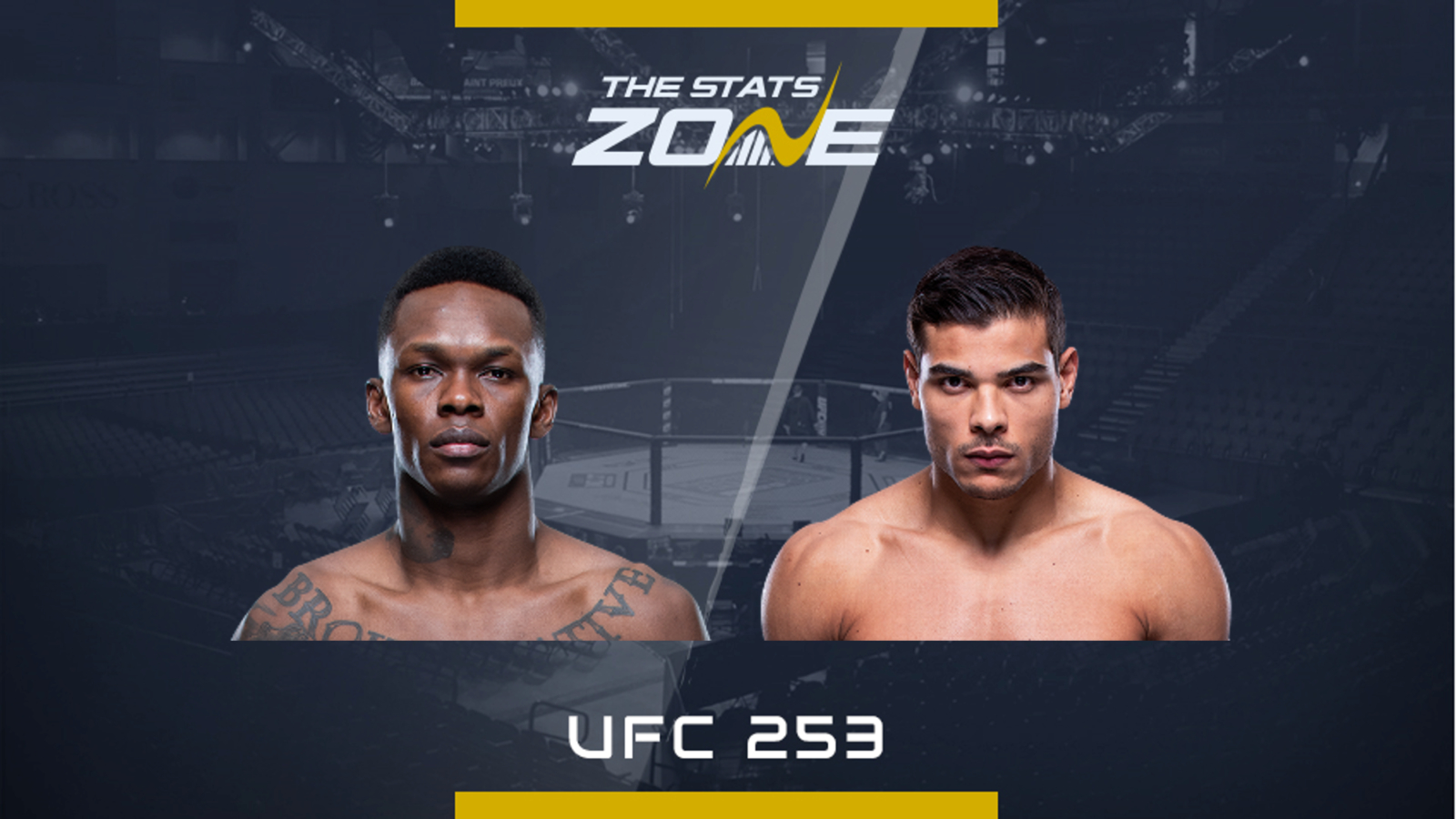 Fight Island is back, kicking off with UFC 253 which is headlined by the undefeated middleweight champion and his new undefeated challenger, Paulo Costa.

The Last Stylebender is 19-0 (8-0 in the UFC) and makes his second middleweight title defence. He won the interim title after his epic war with Kelvin Gastelum and then unified it with his most impressive performance to date, finishing Robert Whittaker in the second round and snapping his super impressive nine fight winning streak. Adesanya then made his first defence against Yoel Romero and although it was an uneventful fight, he played it perfectly to get the win.

Barring his loss on The Ultimate Fighter Brazil in 2014, Costa is also undefeated professionally boasting a 13-0 (5-0 UFC) record. Borrachinha is also a striking specialist but of a different kind, bulldozing through his first four UFC opponents with knockouts and is coming off another unanimous decision win over Yoel Romero but this was a war, meeting the Cuban head-on with his strengths and coming out victorious taking everything he had to offer.

Two striking specialists of contrasting styles. We have the calculated Adesanya with masterful Kickboxing technique against the aggressive bundle of dynamite. Adesanya will boast an eight-inch arm and five-inch leg reach advantage and on paper, he has all the tools and technique to hand Costa his first loss.

Adesanya has the perfect style for Costa who usually walks straight forward into his opponents, happy to eat shots knowing he has the power to put them away. Adesanya is expected to be patient for the first two rounds to get a read on Costa and download the all the data he needs to know what range to defend and what range to attack.

Adesanya’s counter striking is the antithesis to Costa’s style and as long as he can defend the body kicks and getting pinned to the fence, he will be favoured to get a knockout of his own.

He has been striking at the highest level for a long time and arguably there is no one better at counter striking in the UFC right now. He has the calmness and experience to expertly move and be the matador for Costa and after a round or two we can expect him to offload with his own sniping accuracy.

Costa looks more dangerous with every fight, he is unbeaten and has a lot more power but, do not be surprised if Adesanya makes this look easy.