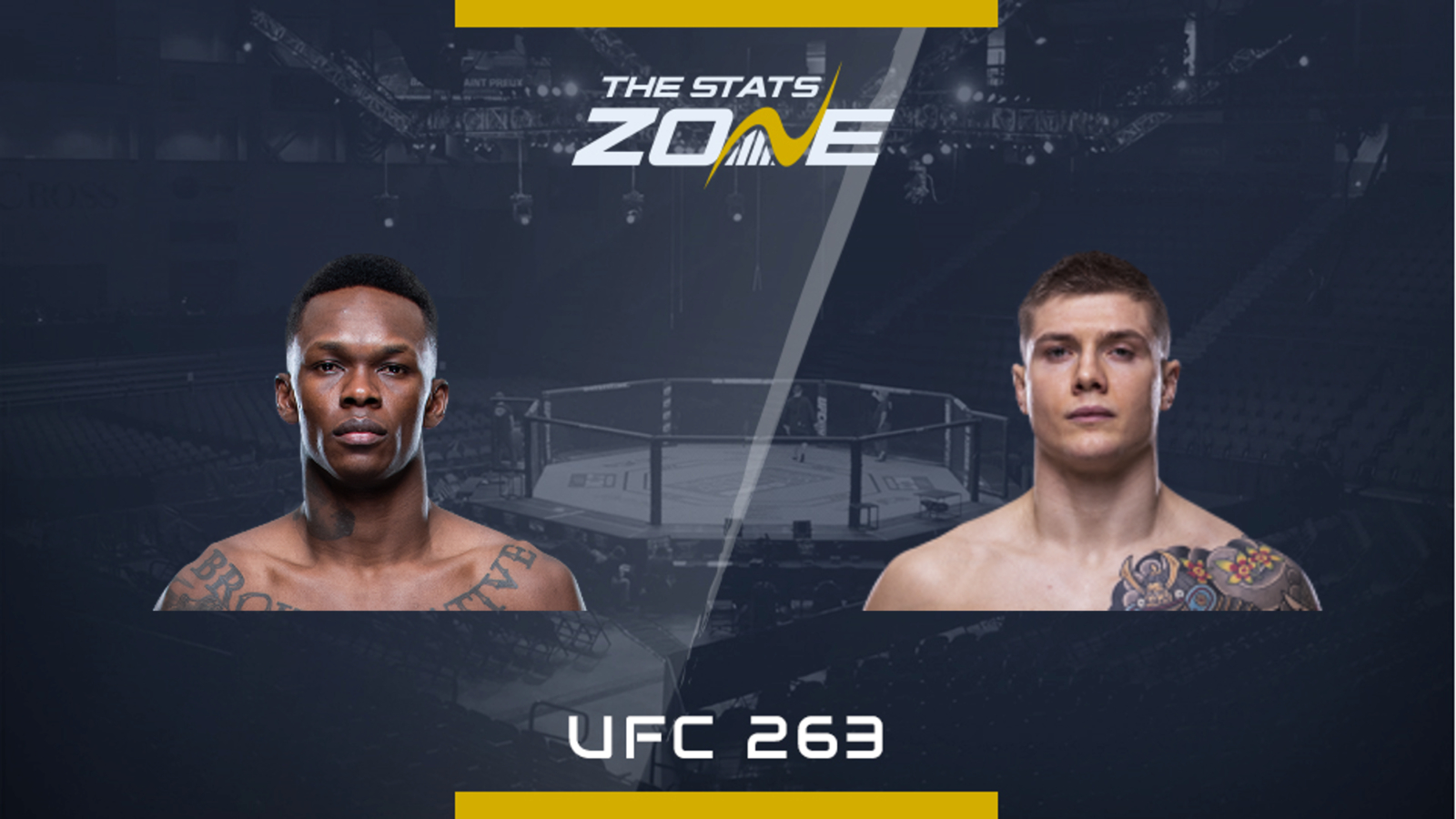 Israel Adesanya (20-1) returns for his third middleweight title defence, but he is coming off a loss for the first time in his MMA career. After going 20 fights without a blemish, he accepted a super fight with the light heavyweight champion. He was the favourite, but Jan Blachowicz proved you need more than skill to hang to with big boys and he put all his weight and experience to good use, subduing Adesanya and walking away with a unanimous decision.

Marvin Vettori (17-4-1) finally gets the rematch he has been calling for since 2018 when they fought to a split decision. He thought he was robbed but he has done everything right since in the cage and has strung together five impressive wins in a row. He bounced back with two unanimous decisions in a row against Cezar Ferreira and Andrew Sanchez before submitting Karl Roberson. He followed that up with two more unanimous decisions over Jack Hermansson and Kevin Holland to earn the only fight he is interested in.

Their first fight was a close scrap, but Adesanya was more illusive and landed the better strikes over the three rounds. He landed 57 significant strikes to Vettori’s 46 attacking the calf and body with kicks and whipping punches through the guard.

Vettori landed some decent shots of his own with his chin keeping him in the fight. He also landed two out of his six takedown attempts and we can expect him to shoot in more this time around.

When Vettori did manage to get Adesanya down, he was able to control him but did not inflict enough damage before Adesanya got back to his feet. We can see Vettori committing more his takedowns especially after seeing Blachowicz throw him around.

Vettori is clearly a good striker, but he cannot rely on his chin. Adesanya’s range, technique and accuracy will be too much over five rounds and he has only got better since amassing priceless championship experience. Vettori has also improved a lot since including his fight IQ, so we expect him to trade with Adesanya but pounce on a takedown at any opportunity.

There is no doubt, Adesanya will have been working on his takedown defence and get-ups after the Blachowicz fight. They were already decent, but Blachowicz just had too much weight and power. Vettori is not on Blachowicz’s level, but he does have a weight and power advantage. The question will be - can the Italian keep Adesanya on his back.

We expect him to be taken down, but he will not be able to keep Adesanya down for long enough to win three rounds. While they are on the feet, we expect Adesanya to be even more confident with all the range and data saved from their first fight. He knows what weapons Vettori has and he will be ready to leverage his six-inch arm and three and a half leg reach advantage again.

This will still be a close fight with Vettori assuming grappling control for portions of the fight and if he delivers a career-best performance and wrestles for five rounds, he has a chance. However, Adesanya’s piercing kicks to the calf and top of the knee will build up. Once Vettori’s movement begins to slow down, expect Adesanya to up the output firing off body kicks, head kicks and long punches to the dome. He will finish stronger, but Vettori’s granite chin is likely to force this to a decision.