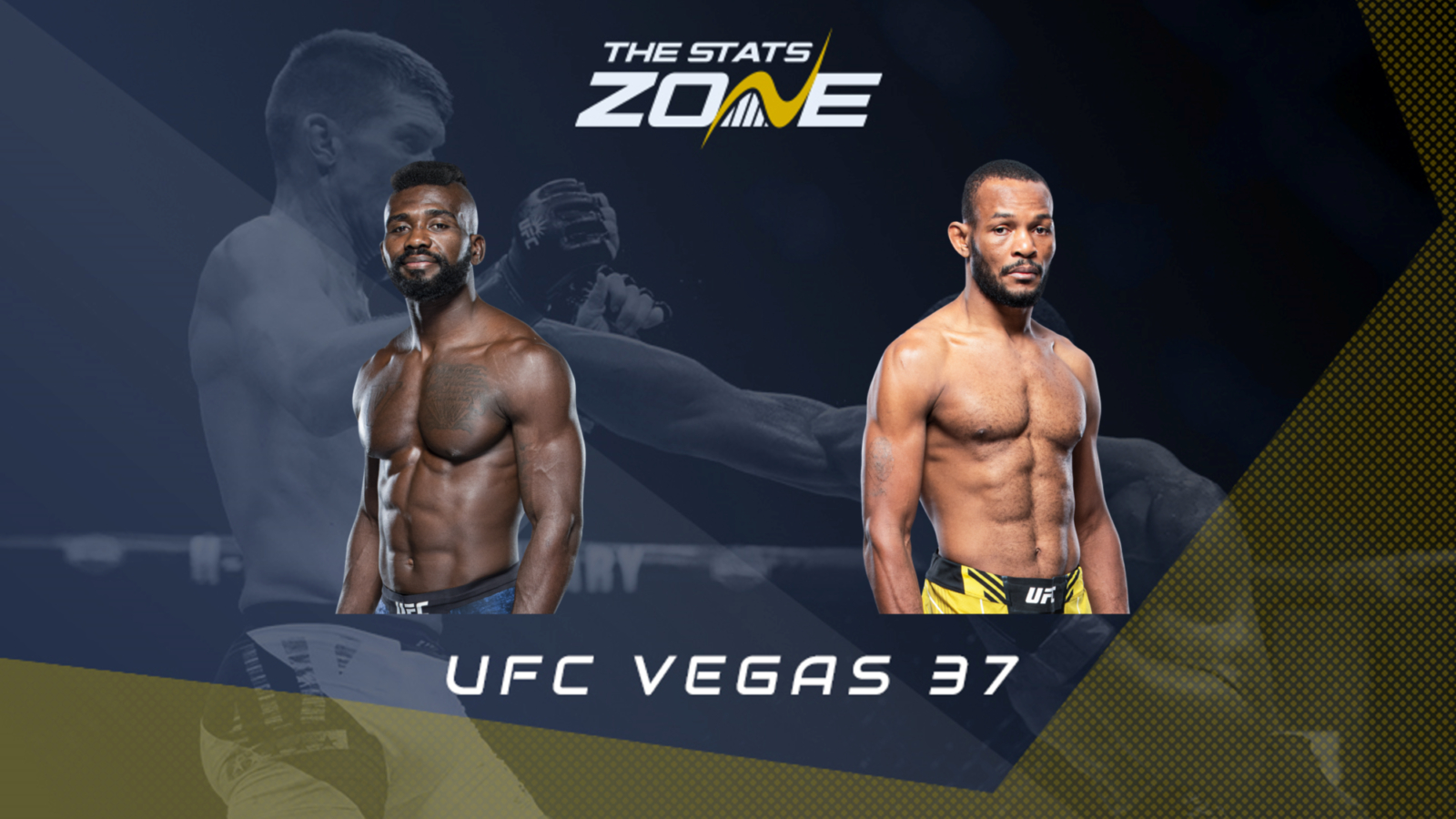 Impa Kasanganay (9-1) responded perfectly to falling victim to the most spectacular knockout in UFC history. Kasanganay was sitting at 8-0 after his unanimous decision win and successful debut over Maki Pitolo. He was becoming a top prospect in the middleweight division but then caught Joaquin Buckley’s leg before turning into a highlight reel on repeat. It was an incredible knockout, but it was unfortunate it happened to such a gent. However, he returned in April at welterweight which was a surprise considering he was diced at 185 lbs. Nonetheless, he was handed another tough opponent in Sasha Palatnikov and submitted him in the second round.

The UFC have handed him another stud in Carlston Harris (16-4). After knocking out Claudio Rocha (2019) and Alexsandro Santos Rodrigues (2020) for Shooto Brazil, he caught Saygid Izagakhmaev in a brilliant brabo choke which led to his first appearance in the big time. He met Christian Aguilera in May for his debut and secured an even more impressive submission – an anaconda choke in the first round to kick off his promising UFC career.

Kasanganay could be an absolute force at welterweight. His wrestling was decent 15 lbs up and if his weight cut goes smoothly, he will have the ability to overwhelm welterweights with his power and athleticism alone.

This is a very interesting match-up stylistically as Harris has tricky jiu-jitsu and a dangerous clinch so it will be interesting to see how Kasanganay approaches this. Takedown attempts will leave his neck exposed so is expected to rely on his boxing, to feel himself into the fight at least.

He should edge the stand-up battle and he has the wrestling to subdue Harris. It may not be worth the risk as the Guyana native can wrap up a choke in a flash but we are backing Kasanganay to grow into the fight with more volume and landing more damage which will leave Harris susceptible to getting taken down for some important control time.