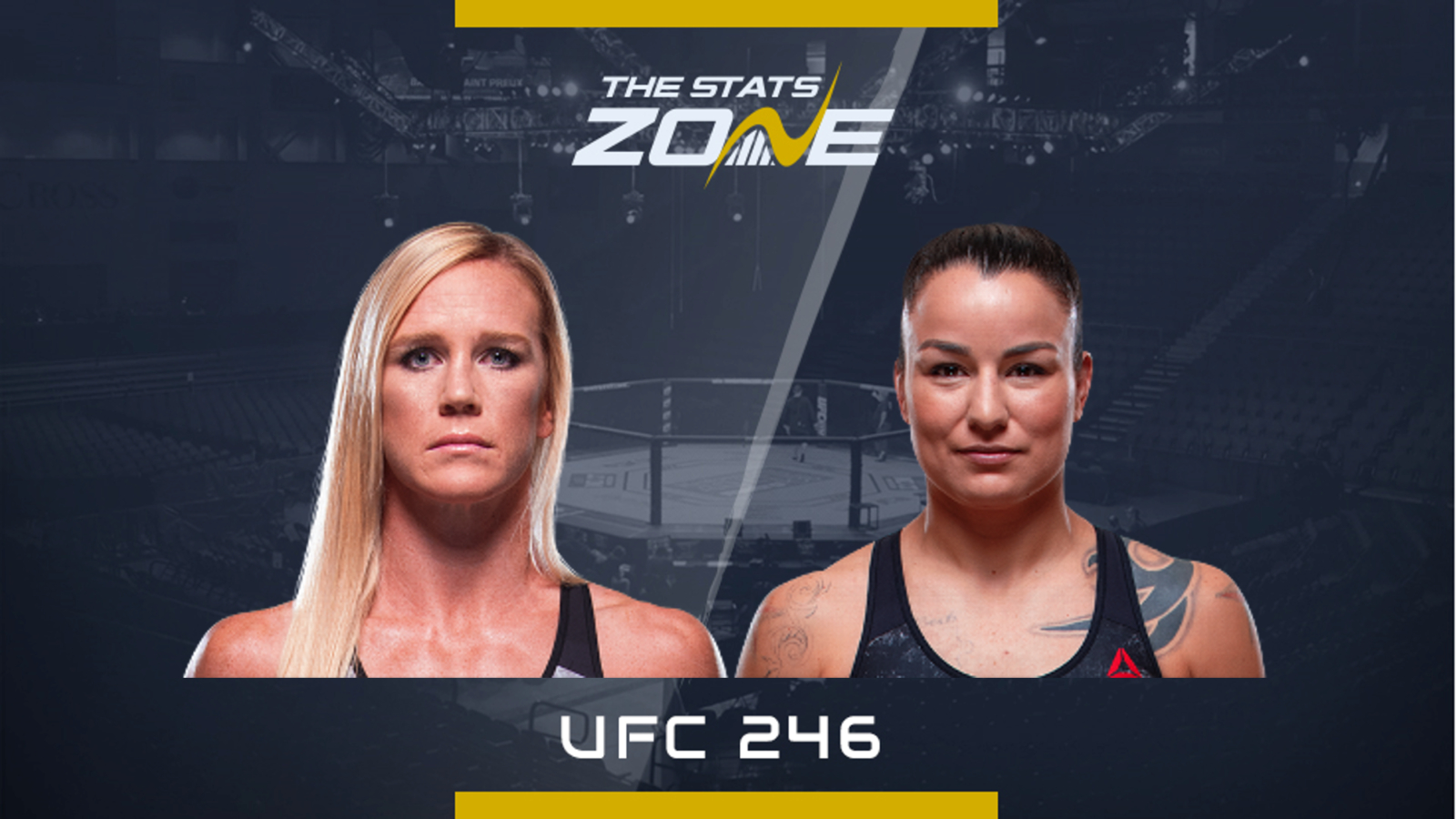 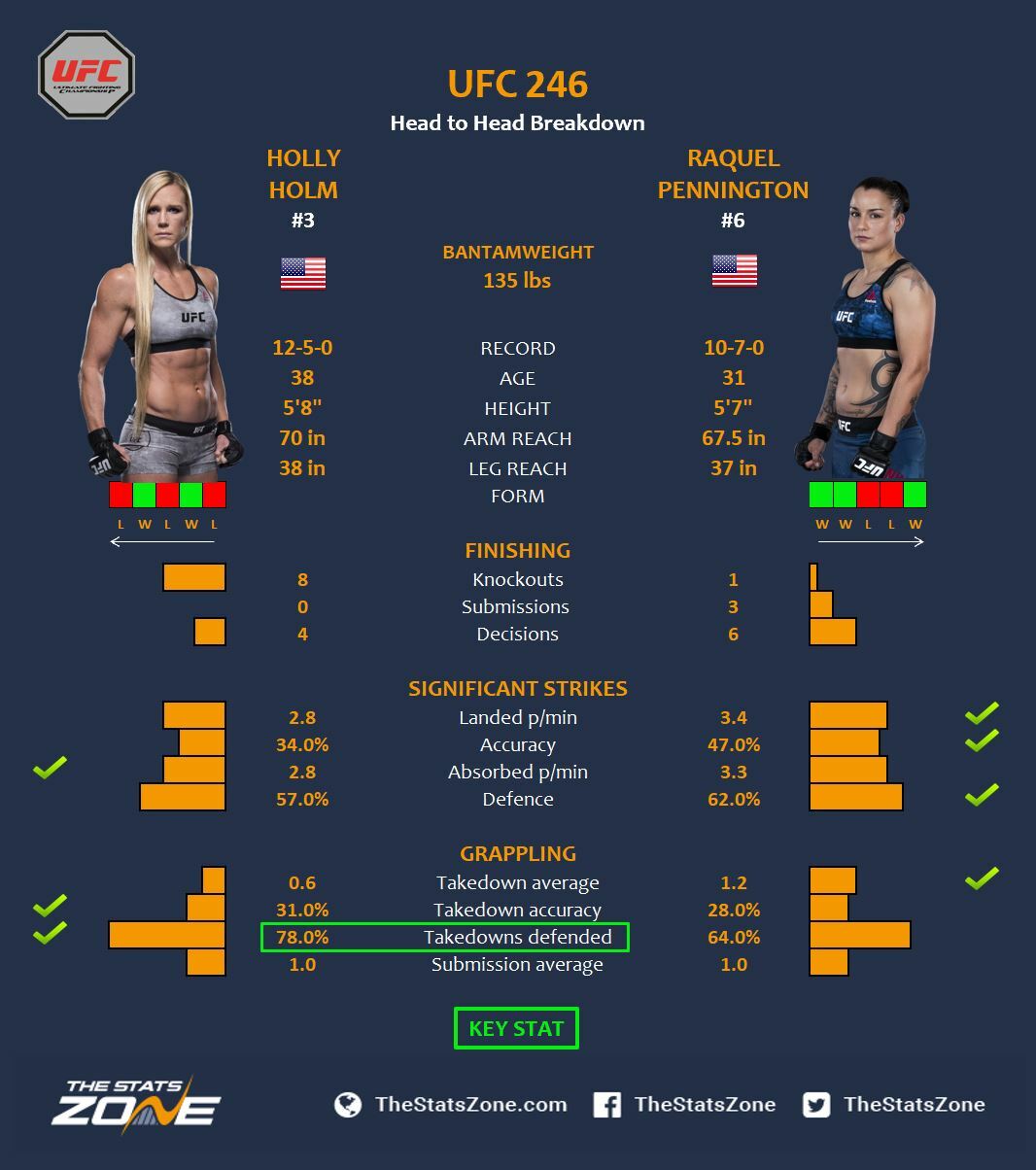 The rematch between Holly Holm and Raquel Pennington is back on after Holm had to pull out of UFC 243 with an injury. Thankfully she is healthy to duke it out with fellow UFC veteran and support the main event between Conor McGregor and Donald Cerrone.

Holm took home the spoils in their first fight which was her welcome party to the UFC. The champion boxer was handed the stern test with the powerful grappler and although it was a split decision, she passed it with flying colours defending every takedown attempt.

Since then, Holm has had a storied UFC career going 5-5 including five title fights. She unforgettably head kicked Ronda Rousey out of ‘Goddess’ status but has struggled to replicate that feat coming up against some of the best female fighters in MMA history including Miesha Tate, Valentina Shevchenko, Germaine de Randamie, Cris Cyborg and Amanda Nunes who just handed her the first knockout of her career in devastating fashion.

Pennington has an unflattering record of 10-7 but that’s what happens when you fight the majority of your career in the UFC. Since suffering serious injuries outside the cage she has struggled to match the performance she pulled off against Miesha Tate although she was pitted against Nunes and De Randamie on her return. However, she got back to winning ways in her last fight against Irene Aldana with a split decision.

Holm is expected to keep the fight on the feet and leverage her impeccable movement and cardio to outwork and out-strike Pennington with her durability dragging the fight to another decision.