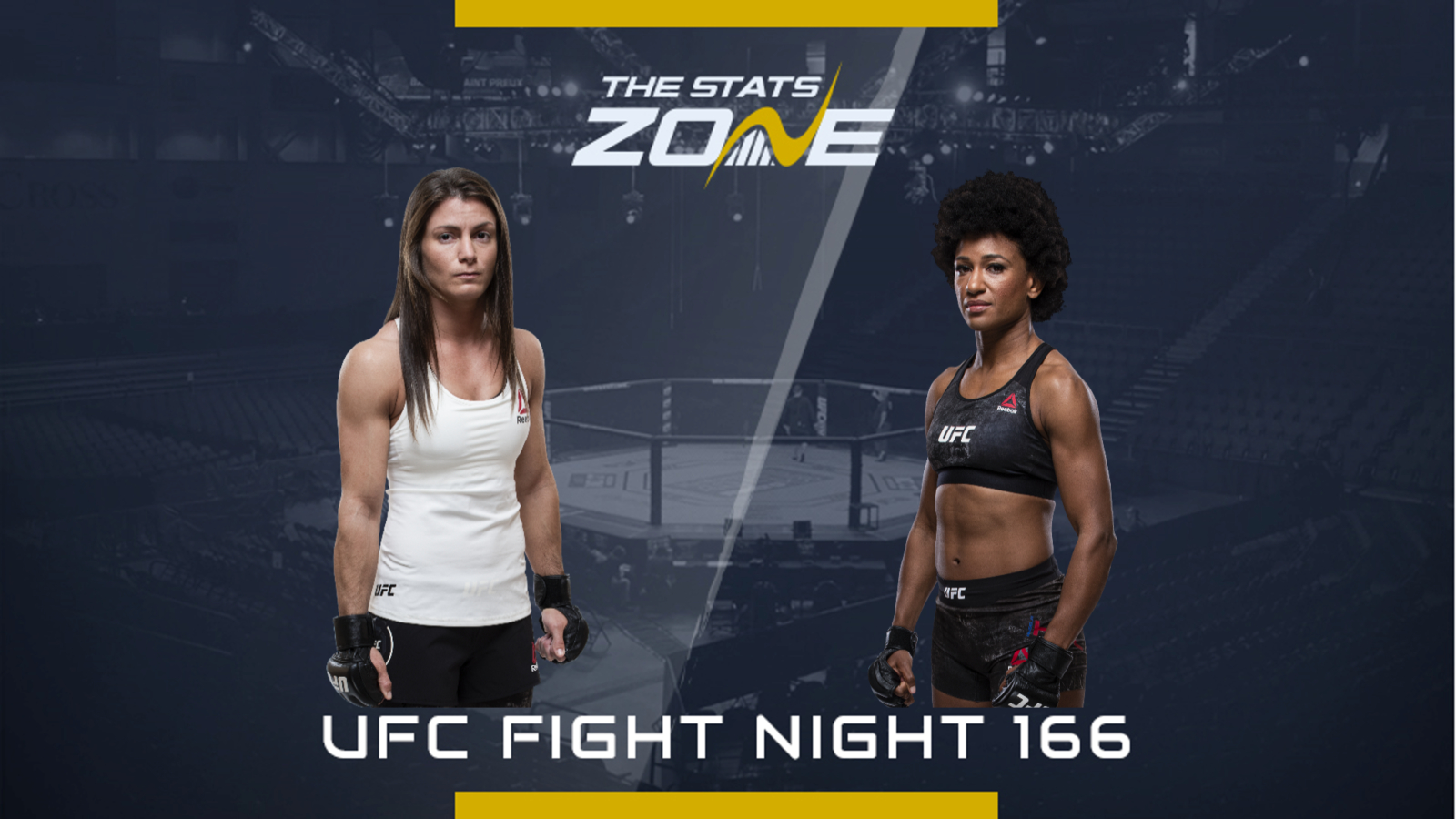 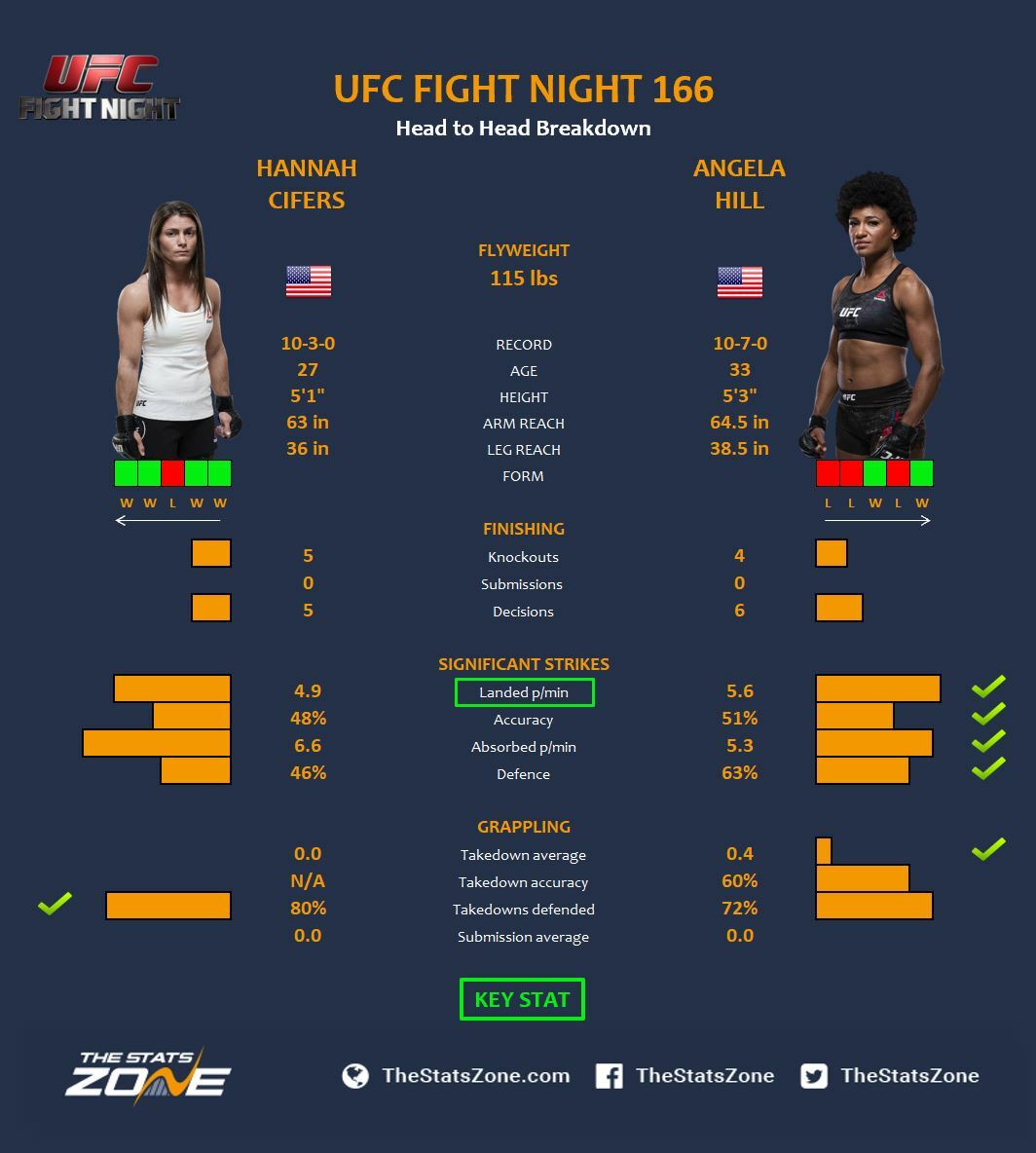 The ever-game Angela Hill has stepped up to fight Hannah Cifers after Brianna Van Buren had to pull out of the fight.

Cifers is an exciting prospect, but she met one of the biggest prospects in the UFC on her debut. Maycee Barber has been wrecking through her opponents and was at strawweight at the time, so it was a real baptism of fire for Cifers. However, she has bounced back displaying all her heart and character beating Polyana Viana and Jodie Esquibel - even fighting with a broken arm against Viana.

Hill is a UFC veteran now and will arguably be a tougher match-up for Cifers. She has had mixed fortunes in the UFC going 4-5 but that experience at the top level is valuable. She has also earned a decision over Esquibel but then lost a decision to Yan Xiaonan before a brilliant TKO over Ariane Carnelossi.

Hill will have the height and reach advantage which she will look to utilize with her striking, keeping Cifers at a distance with an array of jabs and kicks. Cifers will throw back at any opportunity and look to press forward to get in the pocket to offload on Hill.

They both have very high outputs which will create a thrilling contest and the incredible toughness and durability of Cifers should allow her to close the distance and overwhelm Hill to pick up another hard-fought win.