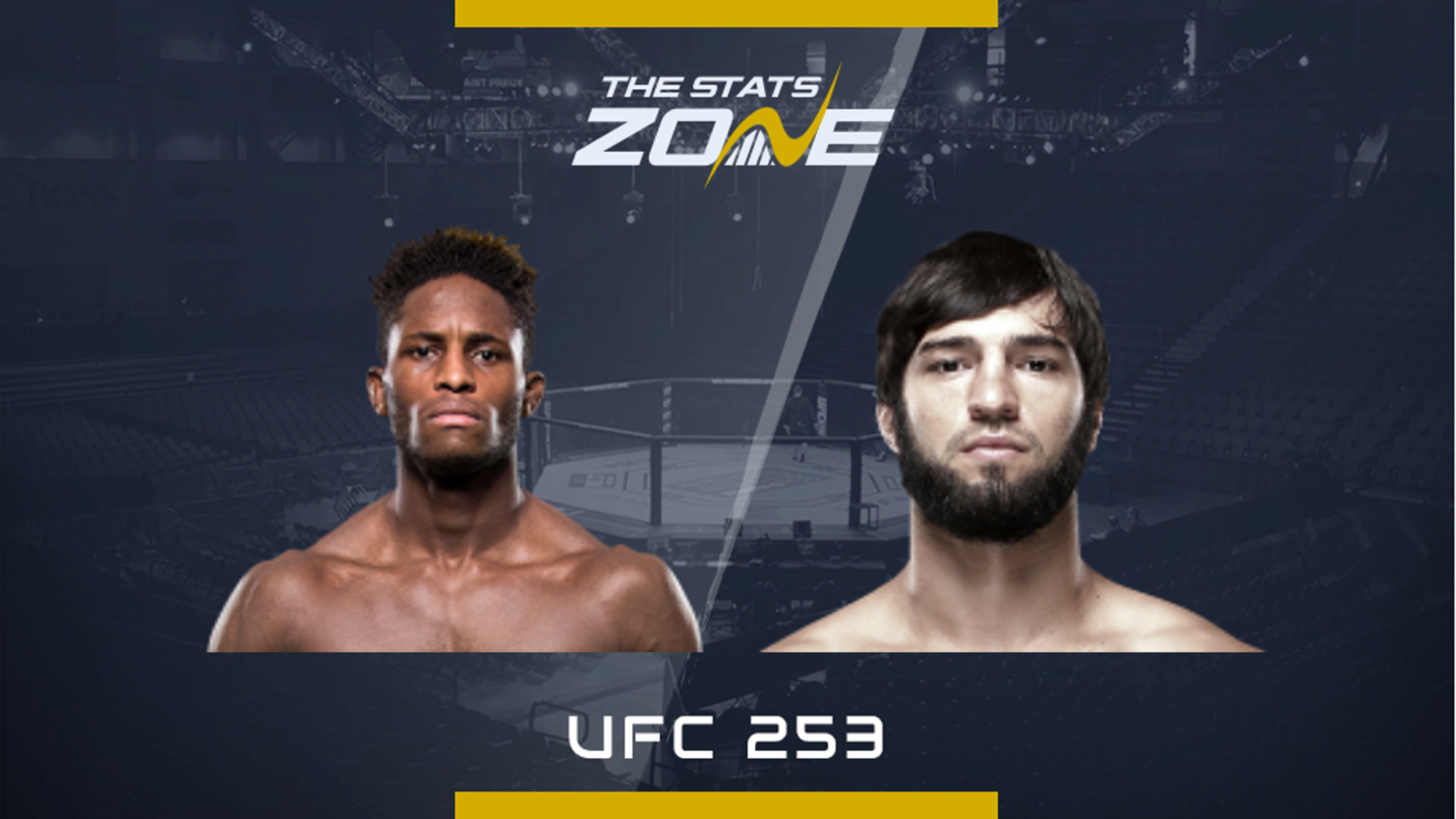 One of the most exciting prospects in the featherweight division makes his first appearance of 2020 and what better occasion to make it than on the stacked card on Fight Island. Hakeem Dawodu only has one loss on the record getting caught in a Danny Henry guillotine. That was in 2018 and he has since racked up four impressive wins – Austin Arnett (unanimous decision), Kyle Bochniak (split decision), Yoshinori Horie (TKO) and Julio Arce (split decision).

Zubaira Tukhugov makes his second appearance of the year coming off that huge win and TKO over Kevin Aguilar back in February which came after his draw with Lerone Murphy. These results came after a three year lay-off which involved a ban due to sucker punching Conor McGregor at UFC 229. Despicable action but he still has a job in the UFC and that draw and loss are his only blemishes in his last 12 fights.

Dawodu is an electric striker with great takedown defence. Tukhugov is a Dagenstani product so he has immense grappling so the obvious strategy for him is to avoid Dawodu’s stand-up threat by taking him down, keeping him there and pouring on the damage with ground-and-pound.

However, Tukhugov has begun to really favour his left hand which is understandable as it is an absolute bomb. The win is there for him if he decides to grapple for 15 minutes but if he goes for the knockout, Dawodu will be too illusive, too quick and counter at will with his vast array of attacks.

Dawodu’s dynamism, speed and explosiveness will be too much for Tukhugov but only if he can keep the distance.