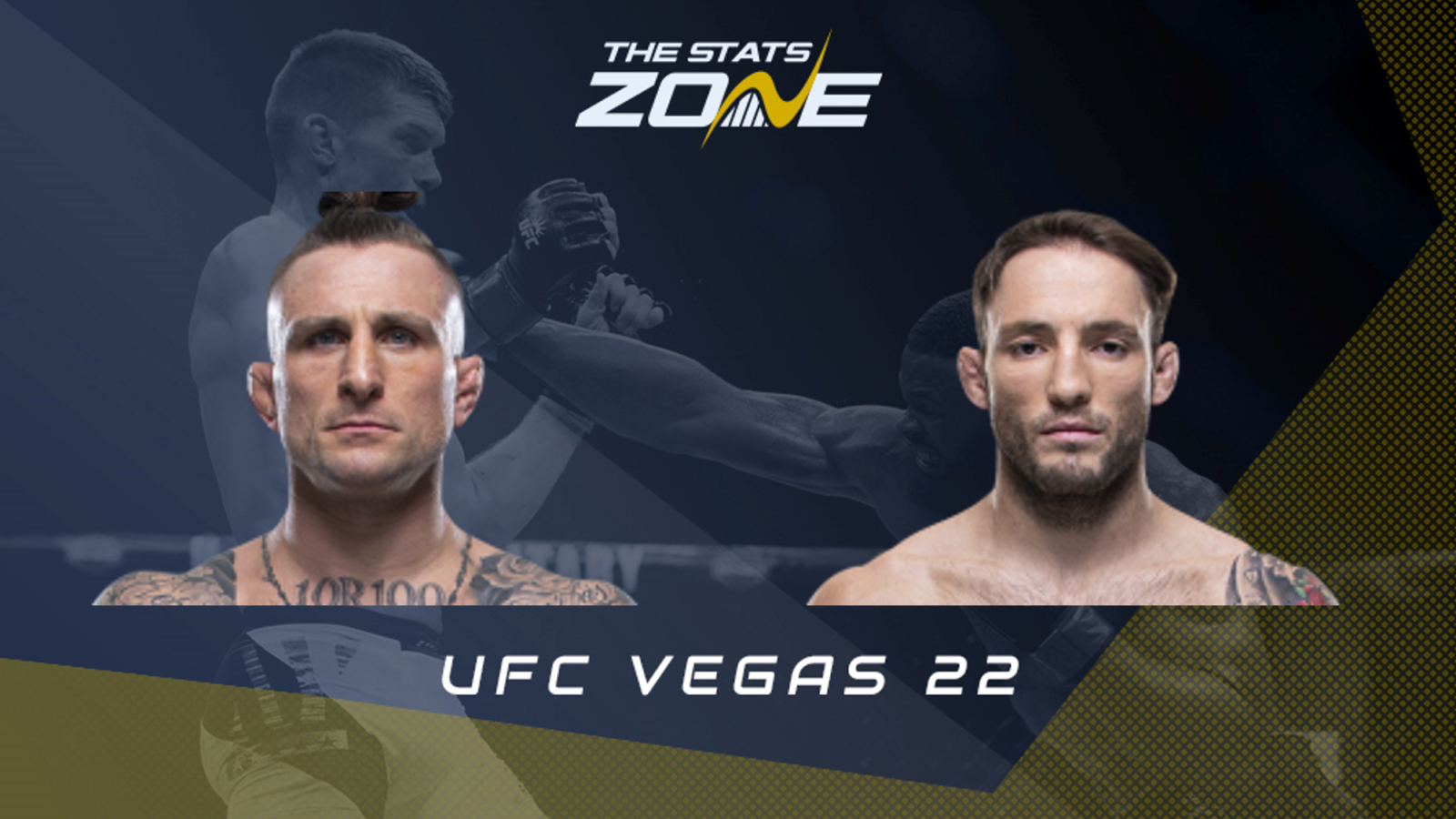 Where is UFC Vegas 22? UFC APEX, Enterprise, Nevada (US)

Where can I get tickets for UFC Vegas 22? Click here for the latest ticket information for UFC events

Where can I stream UFC Vegas 22? BT Sport subscribers can stream the fight online via the BT Sport website

Gregor Gillespie (13-1) ghosted on all of us after his last fight. He much prefers taking himself off in his fishing boat to interacting on social media, but he went firmly off the radar after suffering a breath-taking knockout courtesy of Kevin Lee. It was shocking as it was so violent and something Lee has never pulled off before. It also came after Gillespie dominated absolutely everybody that stepped in his path. He was 13-0 before the loss with six UFC fights finishing five of them including a submission over Vinc Pichel and knockouts over Jordan Rinaldi and Yancy Medeiros.

Brad Riddell (9-1) is back after two excellent outings last year. He extended his streak to six and was going into 2020 off the back of a successful UFC debut and unanimous decision over Jamie Mullarkey. He was paired with the dangerous prospect and fellow striker Magomed Mustafaev and threw down in a great battle earning the split decision. Riddell then followed that up with a unanimous decision and another quality performance over Alex da Silva Coelho on Fight Island back in September.

Riddell is one of the most polished strikers in the division with a strong kickboxing background and he is only getting better training with the likes of Israel Adesanya and Alex Volkanovski. That said, this will depend on how Gillespie turns up mentally.

Before the Lee knockout, people were talking about Gillespie as a future title contender as his skill set was a nightmare for anyone. He is one of the best wrestlers in the division who puts on a crazy pace and once he gets the fight to the ground, he hunts a finish like a savage.

If Gillespie shows any hesitancy after the knockout, Riddell has the technique to pick him apart but if he returns like his old self and is more prepared to avoid the knockout blow, he should get back to his old ways of ragdolling Riddell and suffocating him with his relentless pressure as he unleashes ground-and-pound until a submission opens-up.

Riddell is an exceptional fighter, but we expect the ‘pre Lee’ Gillespie to turn up with a chip on his shoulder desperate to make up for that highlight reel knockout.