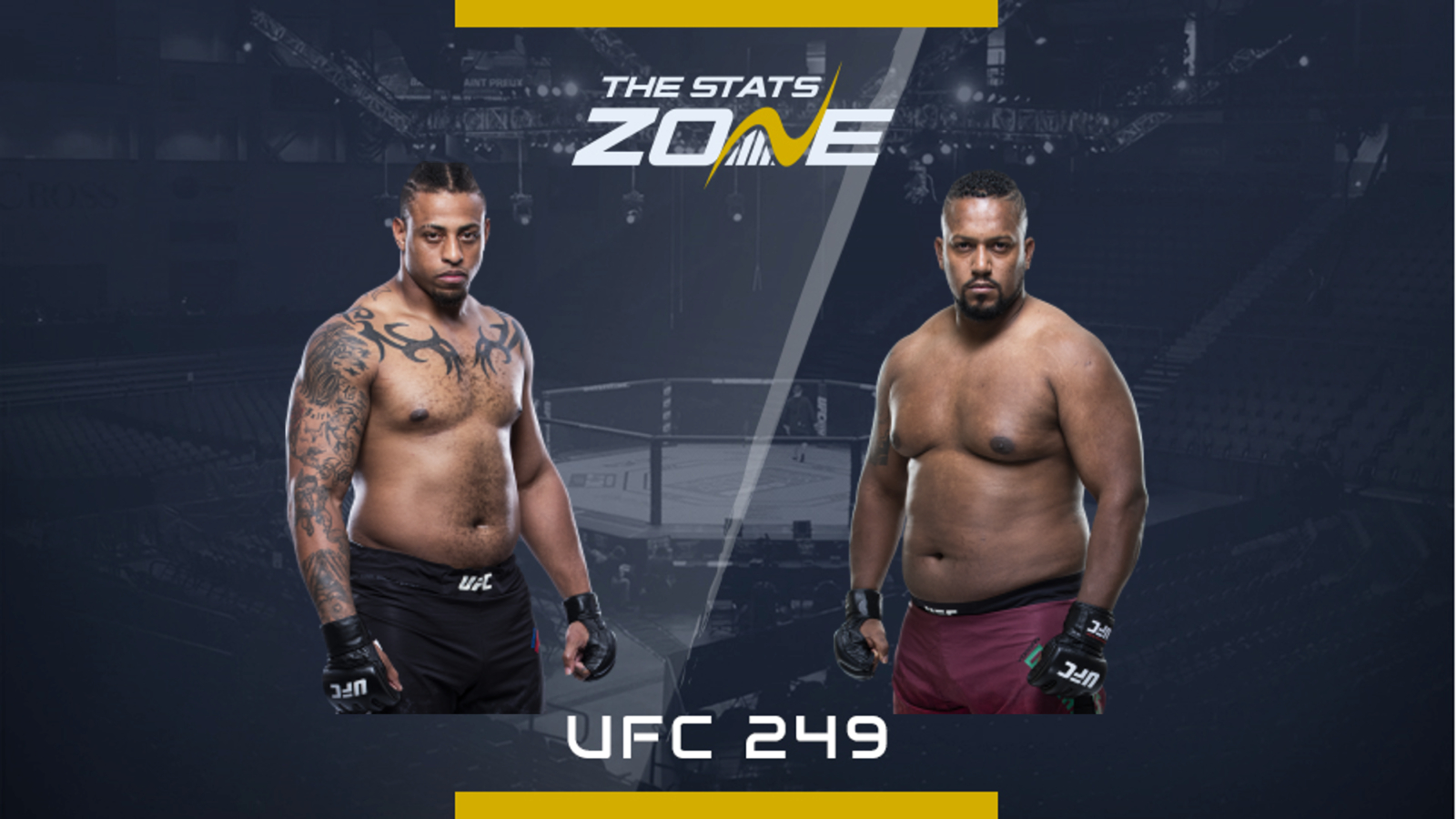 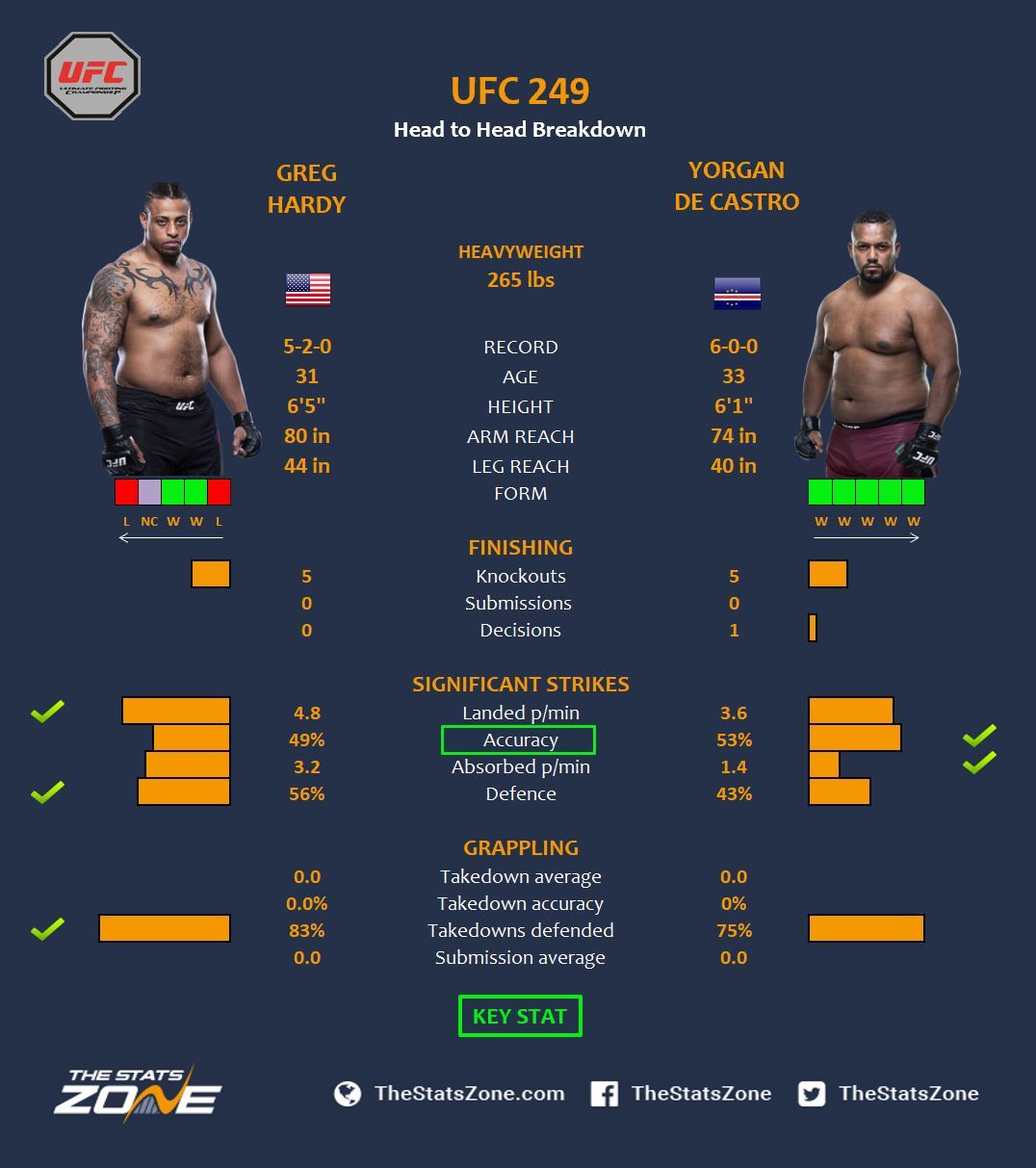 After five fights in 2019, Greg Hardy looks to continue his momentum and takes on the rotund slugger from Cape Verde - Yorgan de Castro.

The controversial former NFL star is coming off his second loss but the most important fight of his career. He stepped up on late notice to fight Alexander Volkov who is in a different league to all of his opponents so far, but he hung in there for three rounds against the elite and long striker, which is a priceless learning curve.

De Castro has only had six pro fights but fought three times last year. His last outing was back in October and it was his UFC debut which he marked in spectacular fashion. He took on fellow heavy-hitter Justin Tafa in Australia and short circuited him with a devastating right hand.

What both men lack in technical ability, they make up for in raw power. If either of them connect clean, one of them is getting put to sleep. Hardy has the athletic edge and is continuing to evolve drastically at American Top Team.

Do not be surprised if de Castro catches Hardy to extend his unbeaten record but Hardy has a fire under him as he pursues his new career and is expected to enter the octagon with more tools which may include getting de Castro to the ground and finishing him with strikes.