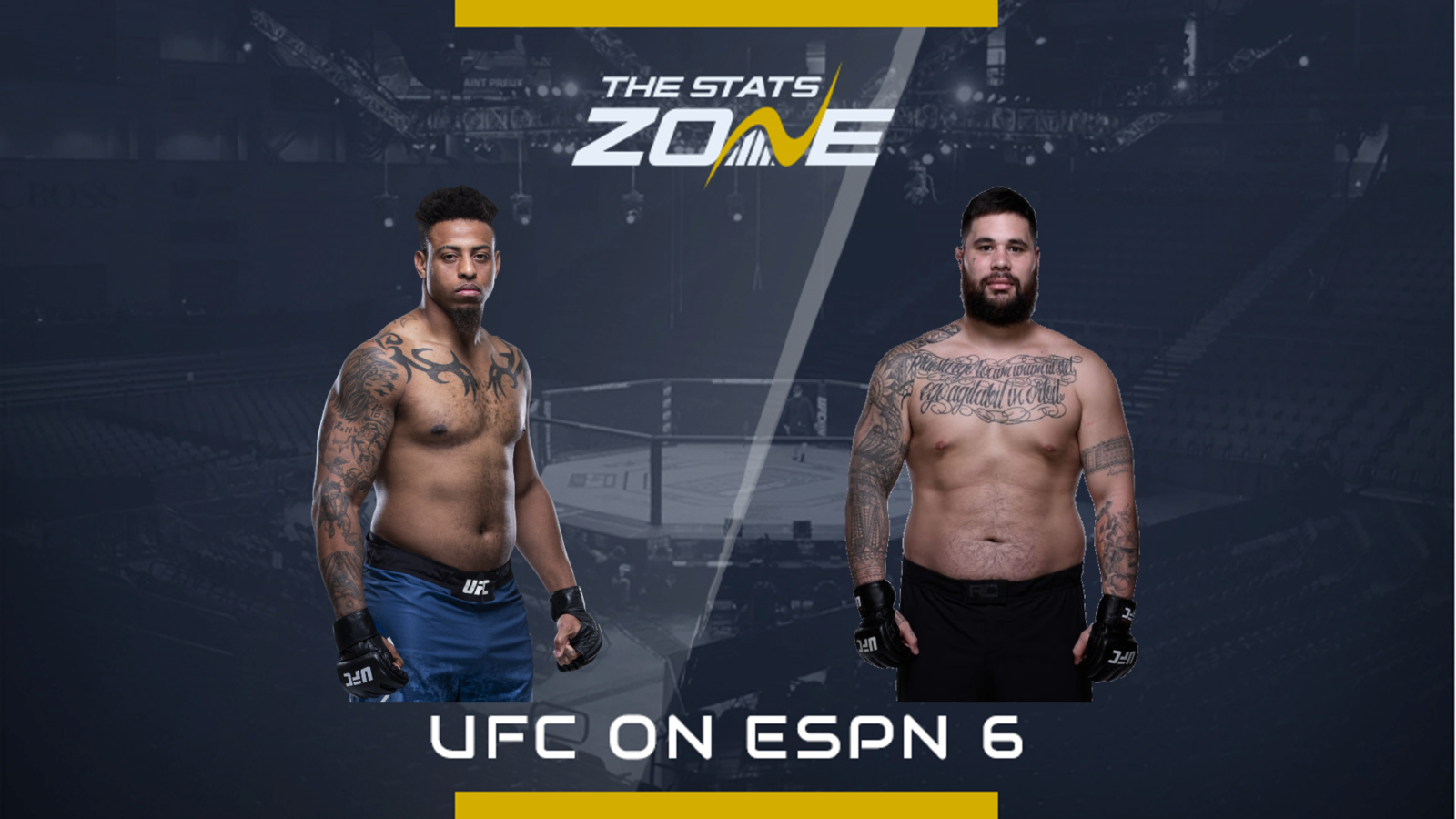 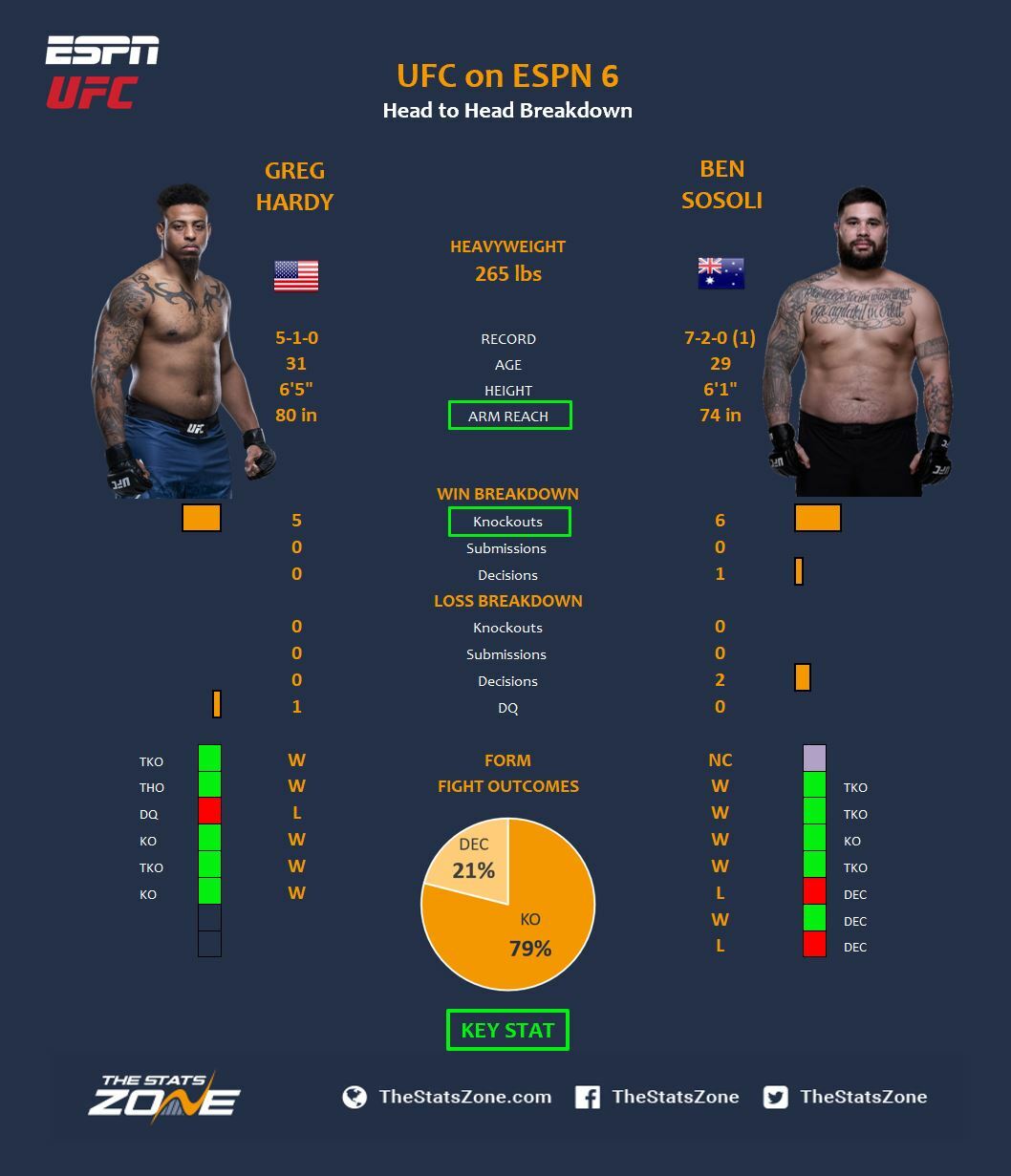 The controversial specimen is back in the octagon for the fourth time this year but after Jarjis Danho withdrew from the fight, Ben Sosoli has stepped up to make his UFC debut and topple Greg Hardy.

Hardy is hungry to fast forward his UFC career after leaving his lofty NFL dreams behind. He stumbled on his UFC debut, catching Allen Crowder with an illegal knee to get disqualified. However, he notched two quick knockouts over Dmitry Smoliakov and Juan Adams to stamp his name on the heavyweight map.

Although he didn’t make it very far, Sosoli gained good experience from The Ultimate Fighter: Heavy Hitters season. He lost a decision to Juan Espino in the first round but went on to pick up a knockout win for the Hex Fight Series against Kelvin Fitial. This earned him a shot on Dana White’s Contender Series but this ended prematurely due to an eye poke.

Both men are going to throw big bombs and look for a quick knockout. Their cardio and grappling is very limited at the moment which only means they will exchange more leather. Sosoli has proven one-punch knockout power and can easily catch Hardy, but the former defensive end has the speed, athletic and power advantage and continues to tune his skills at American Top Team. He is expected to pick up his sixth knockout.