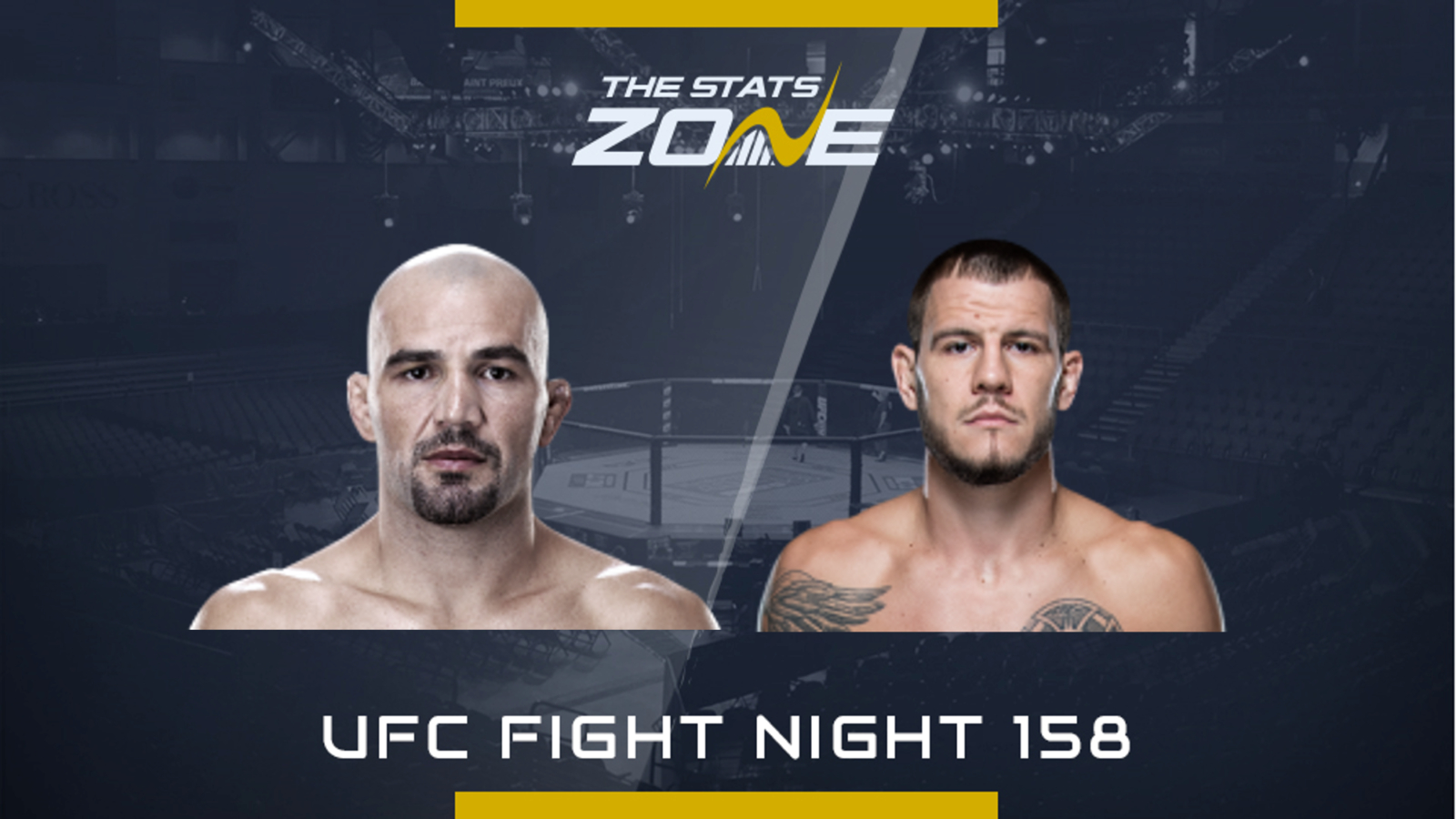 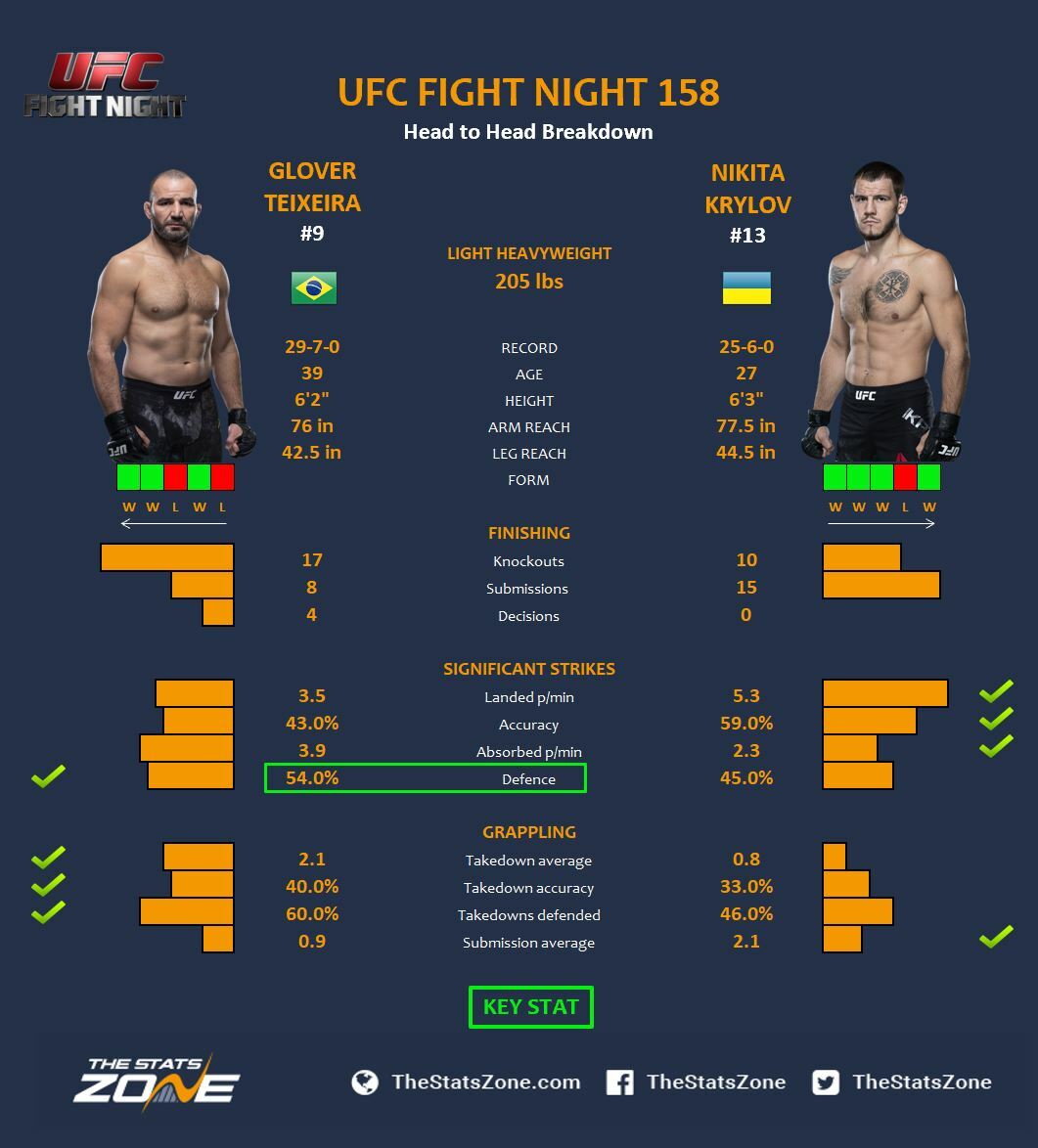 At 39 years-old, Glover Teixeira is still scrapping with young savages and his next appointment is Nikita Krylov who has finished every one of his 25 wins.

Teixeira has had 17 UFC fights (12-5) fighting at the top of the light heavyweight heap the whole time. He has lost against the very best including Jon Jones, Anthony Johnson and Alexander Gustafsson as well as a disappointing decision to Corey Anderson back in July last year. However, he has displayed his warrior character in his last two fights – submitting the extremely dangerous Karl Roberson and Ion Cutelaba.

He takes on another dangerous assassin in Krylov who returned to the UFC after four superb finishes. He lost his return fight against Jan Blachowicz who submitted him in the second round but is coming off a brilliant win submitting Ovince Saint Preux to gain vengeance for his loss back in 2014.

This is a great match-up and a huge opportunity for Krylov to announce himself as a top contender in the light heavyweight division but Teixeira has no time for gatekeeping.

Krylov needs to keep the distance as he is so dangerous striking from range and Teixeira is lethal in the clinch. If Teixeira can defend the power shots and drag Krylov into dirty boxing range he can hurt the Ukranian and tie him up to neutralise the threat.

Krylov has great jiu-jitsu but if he takes too much damage from the Brazilian he will finish the fight on the ground. This could go either way with a knockout also a likely outcome for either man.