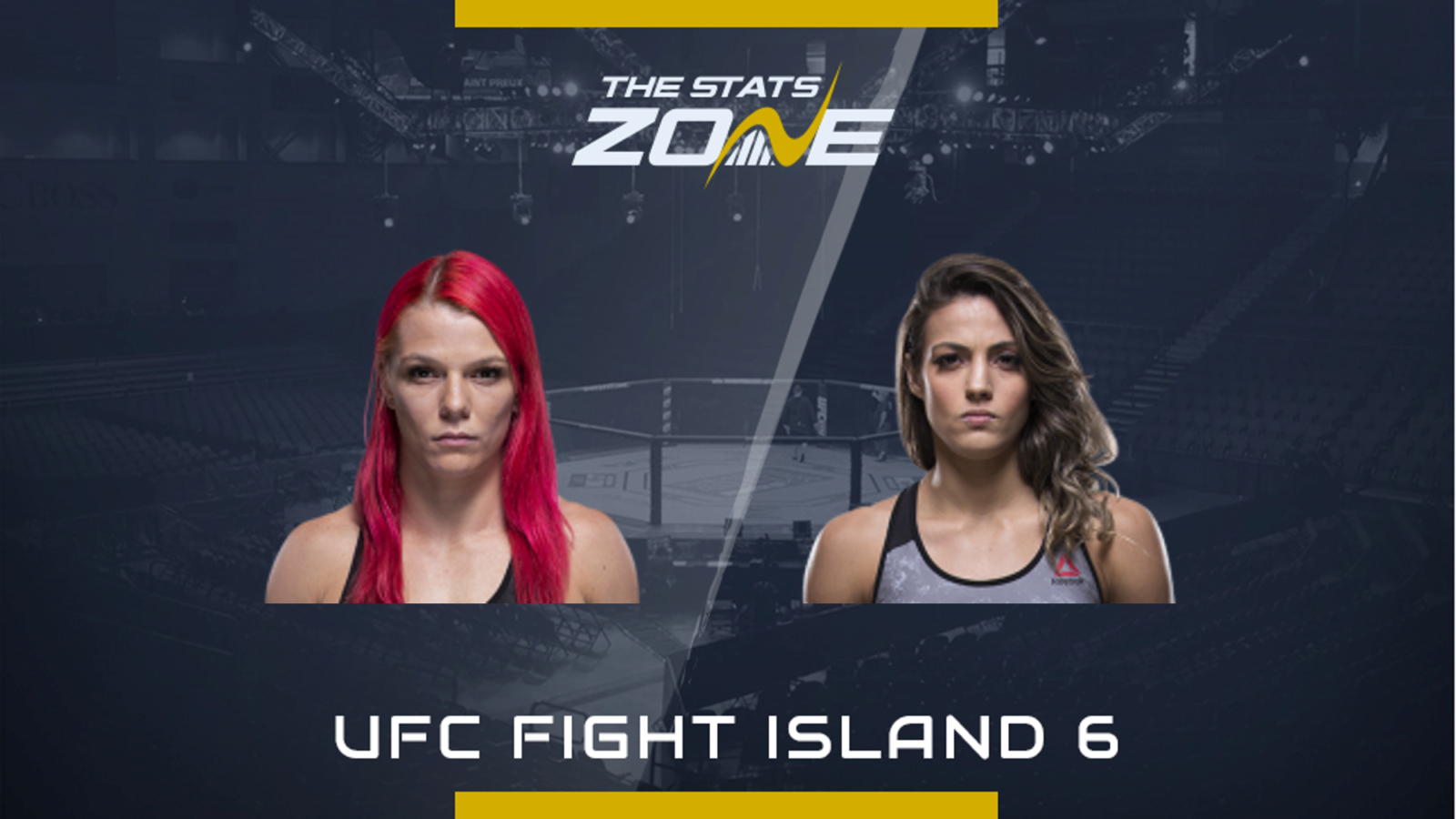 Gillian Robertson (8-4) is coming off the sixth submission of her career which came against Cortney Casey back in June. This came in response to getting pummelled by Maycee Barber snapping an impressive two-fight streak including a submission over Veronica Macedo and a TKO over Sarah Frota.

She takes on Poliana Botelho (8-2) who we have not seen since April 2019. She decided to move back up to flyweight in her last fight and looked great beating Lauren Mueller via unanimous decision. This was also in response to losing against a beast in the form of Cynthia Calvillo who submitted her in the first round.

This will come down to the takedown defence of Botelho which is 88% and Calvillo is the only fighter who has taken her down in the UFC. Robertson has a takedown average of 3.33 every 15 minutes and will be relentless in trying to get the Brazilian down to the canvas where she does her best work.

Botelho has the speed and power advantage and knows she can light Robertson up on the feet. She can wrestle herself and is strong in the clinch but needs to keep the distance.

Robertson has switched training camps from American Top Team, but her game plan will be the same and her jiu-jitsu is at a level where she only needs one takedown. Botelho’s power will be a problem for Robertson but we are backing her to find a submission.