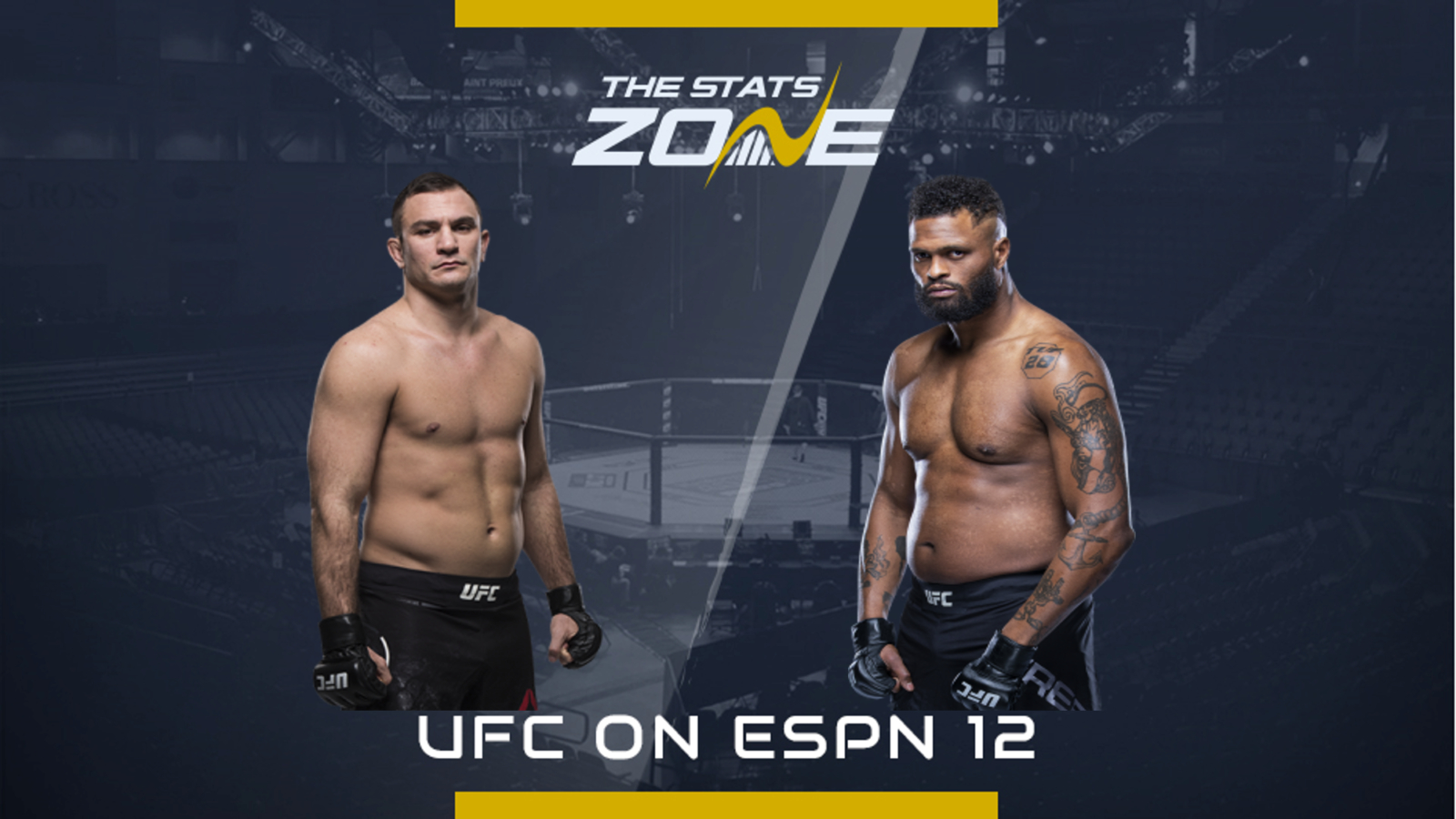 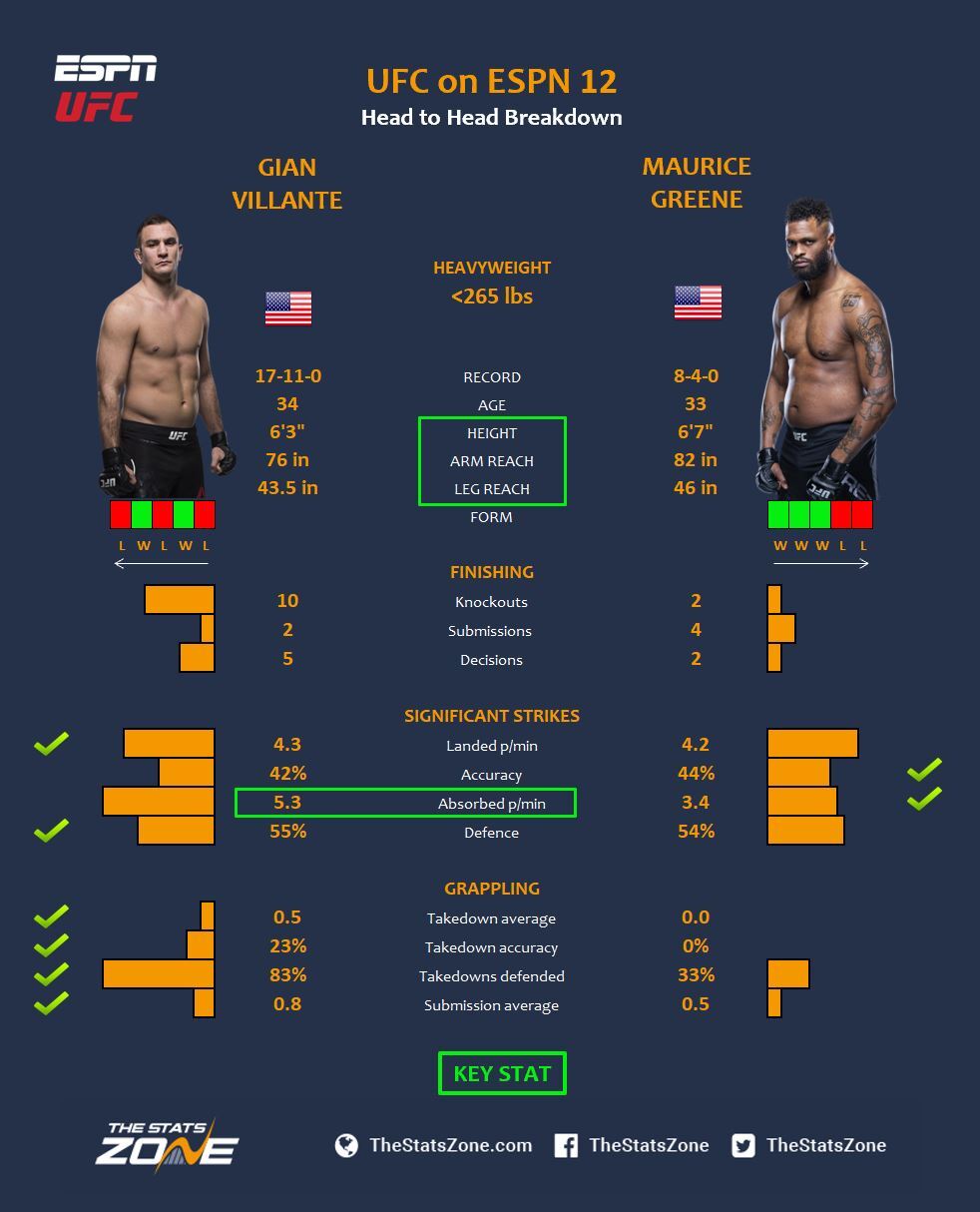 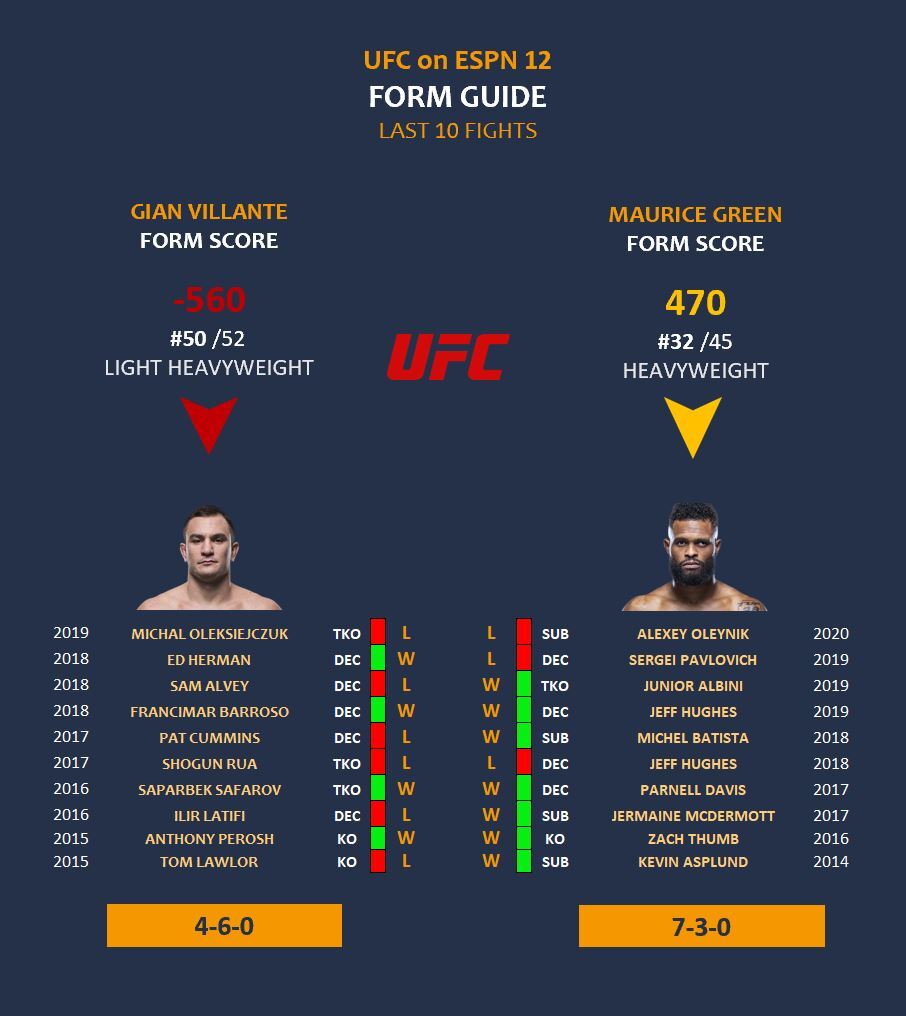 Gian Villante makes his heavyweight debut in the UFC and is welcomed by ‘The Croquet Boss’ Maurice Greene.

With Villante’s skillset; the power, striking, wrestling and training team, it feels his UFC career has been a disappointment. He is 7-8 in the UFC and before getting finished by Michal Oleksiejczuk with a beautiful body shot in his last fight, his six fights prior were all split decisions with mixed fortunes. Struggling to build any form sitting at the bottom of the light heavyweight form table, he is trying his hand up at heavyweight which is exactly what his career needs.

Villante has a huge test however, as Greene is a genuine heavyweight standing at 6’7”. He is also struggling for form after losing a decision to Sergei Pavlovich and then getting submitted by Alexey Oleynik in his last fight, but he does have decent wins over Michel Batista, Jeff Hughes and Junior Albini.

It is going to be very interesting to see Villante at heavyweight. With no weight to cut he is going to be even more powerful and explosive and without a camp focusing on the cut, he can put all his energy in finding a strategy to win.

Villante eats a lot of shots and cannot afford to eat many from a 265-pounder. He has the speed to negate that significant reach advantage of Greene but if he does not tighten up his defence, it will be a painful night for the New Yorker.