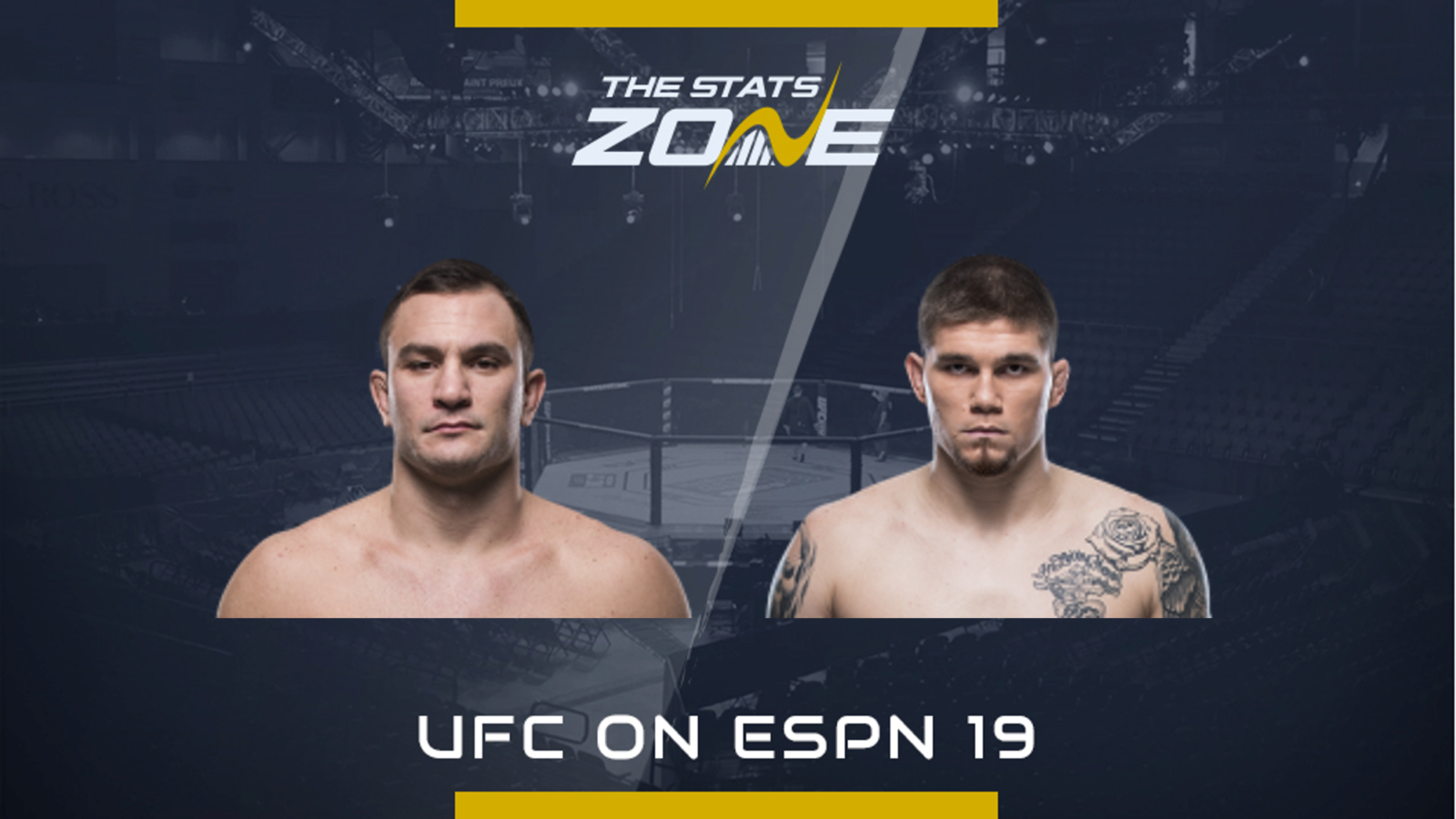 Besides knocking out Corey Anderson in 2015, Gian Villante (17-12) has failed to make an impact and fulfil his potential. He is 7-9 in the UFC and decided to move up to heavyweight after getting folded by a liver punch from Michael Oleksiejczuk. We thought we may see his explosive power but gave another limp performance against Maurice Greene who wrapped up a submission in the third round.

Jake Collier (11-5) is another strange case. He was the former Resurrection Fighting Alliance middleweight champion and went 3-3 in the UFC including a fight at light heavyweight. However, we did not see him for two and a half years where he returned completely out of shape up at heavyweight. He made it to Fight Island but had a terrible match-up in Tom Aspinall who made inevitably quick work of him with a first round TKO.

Both fighters are out of shape and have not given a decent account of themselves in years. Back in the day, they could have put on a great fight with a finish but now you have to expect lacklustre performances. A Villante decision is most likely but if Collier is in the same nick as his last fight, we may even see a late Villante TKO.