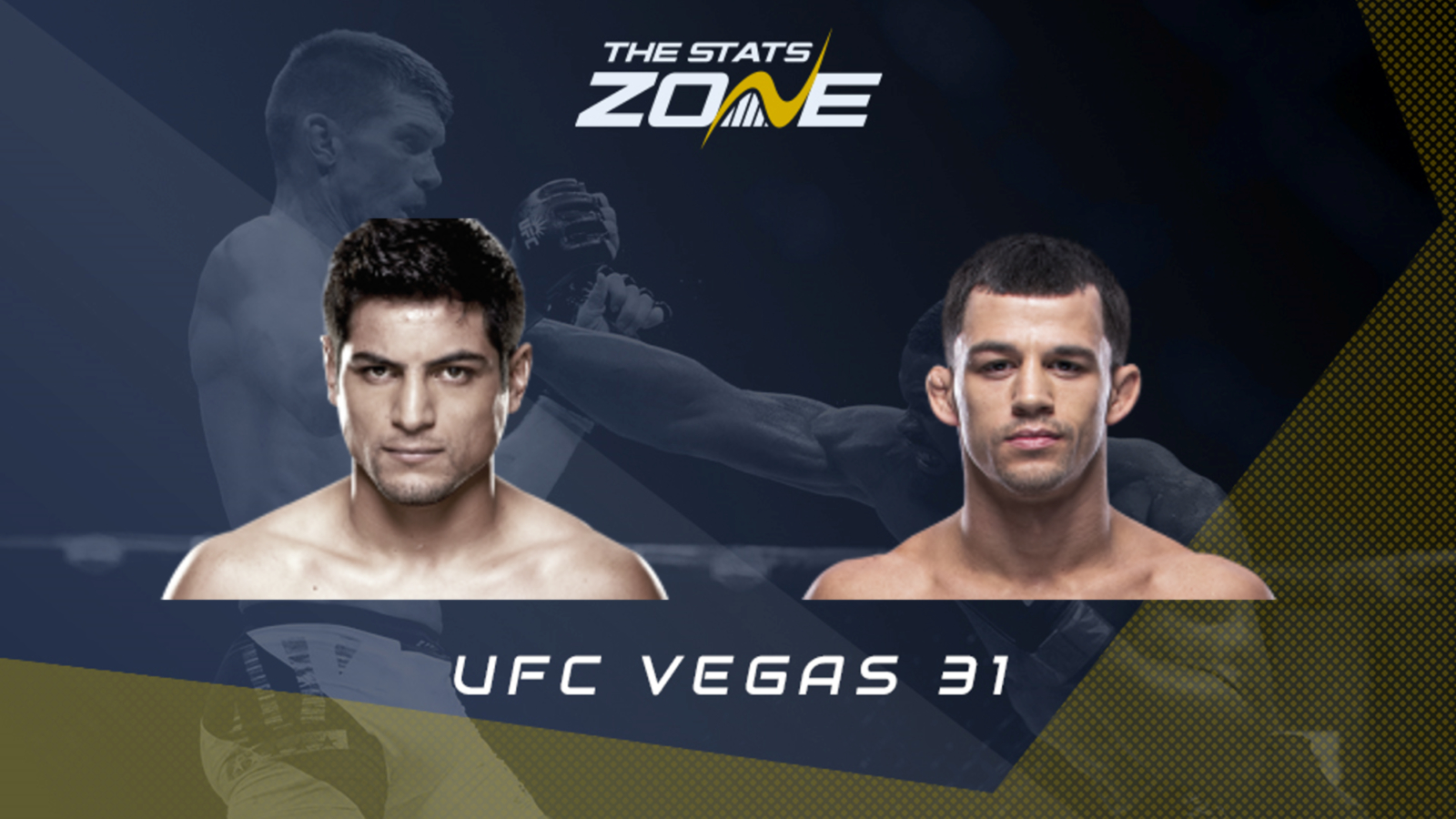 We were supposed to see Gabriel ‘Moggly’ Benitez’s (22-8) first appearance of the year at UFC Vegas 25 in May, but he missed the featherweight limit by four pounds and the fight was cancelled. He returns in better shape and hoping to build on his knockout win back in December after losing two on the bounce to Sodiq Yusuff (TKO) and Omar Morales (Decision). It was an exceptional performance finishing Jaynes with a brutal knee to the liver to go 6-4 in the UFC which is surprising considering his potential.

Billy Quarantillo (15-3) has also shown a lot of potential and after winning his first three UFC fights, he was destined for big things in the featherweight division. He knocked out Kamuela Kirk on the Contender Series, submitted Jacob Kilburn on his debut, followed that up with a unanimous decision over Spike Carlyle and stretched his brilliant winning streak to eight by knocking out Kyle Nelson. However, he suffered his first setback in five years at UFC 256 in December losing a unanimous decision to Gavin Tucker.

This has got to be a ‘fight of the night’ contender. They are both incredibly well-rounded, aggressive and exciting fighters and we should see a bit of everything in this scrap.

The fight will start on the feet where Benitez will throw an array of kicks and hopefully Quarantillo will have practiced checking leg kicks and Moggly arguably has some of the hardest kicks in the division. Quarantillo may try and counter the kick by catching a leg and securing a takedown.

He is an excellent grappler as a black belt in Brazilian jiu-jitsu and a huge gas tank, so he will be able to keep up a furious pace for three rounds and could take the fight away from Benitez by keeping his back in the fence and on the ground.

They are evenly matched everywhere but Benitez has that extra pop in his striking which will cause Quarantillo a lot of issues and similarly, Quarantillo can make this a grind my trying to chain takedowns together and tire Benitez out.

We cannot forget Benitez had a failed weight cut attempt only a couple months ago and was training for a different opponent. We could see the impact of this if Quarantillo gets his wrestling boots on. If he decides to stand and trade however, we would back Benitez all day.

Either way this is going to be a close one and we feel this will go the distance which will suit Quarantillo but do not count out a Benitez knockout.