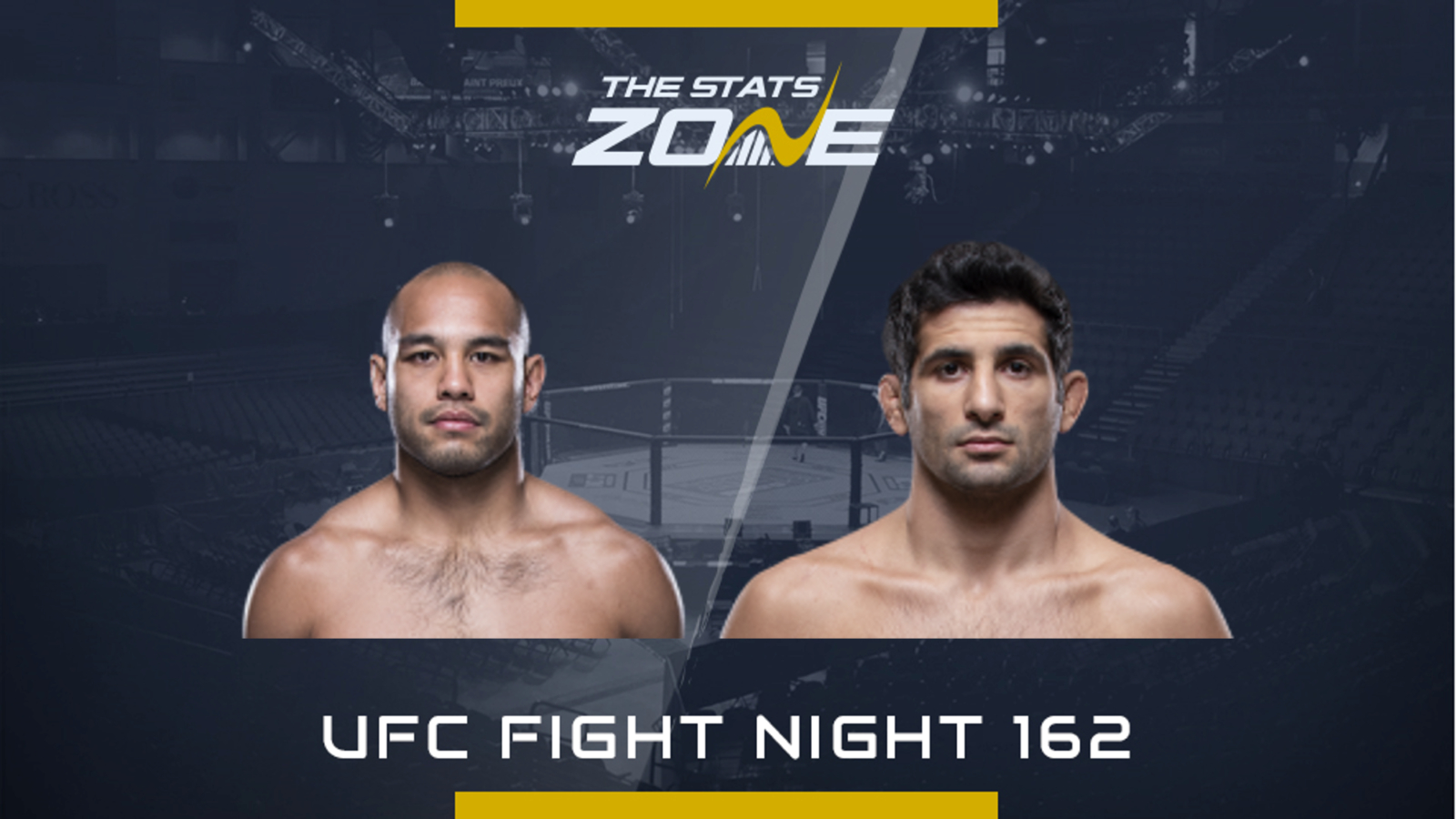 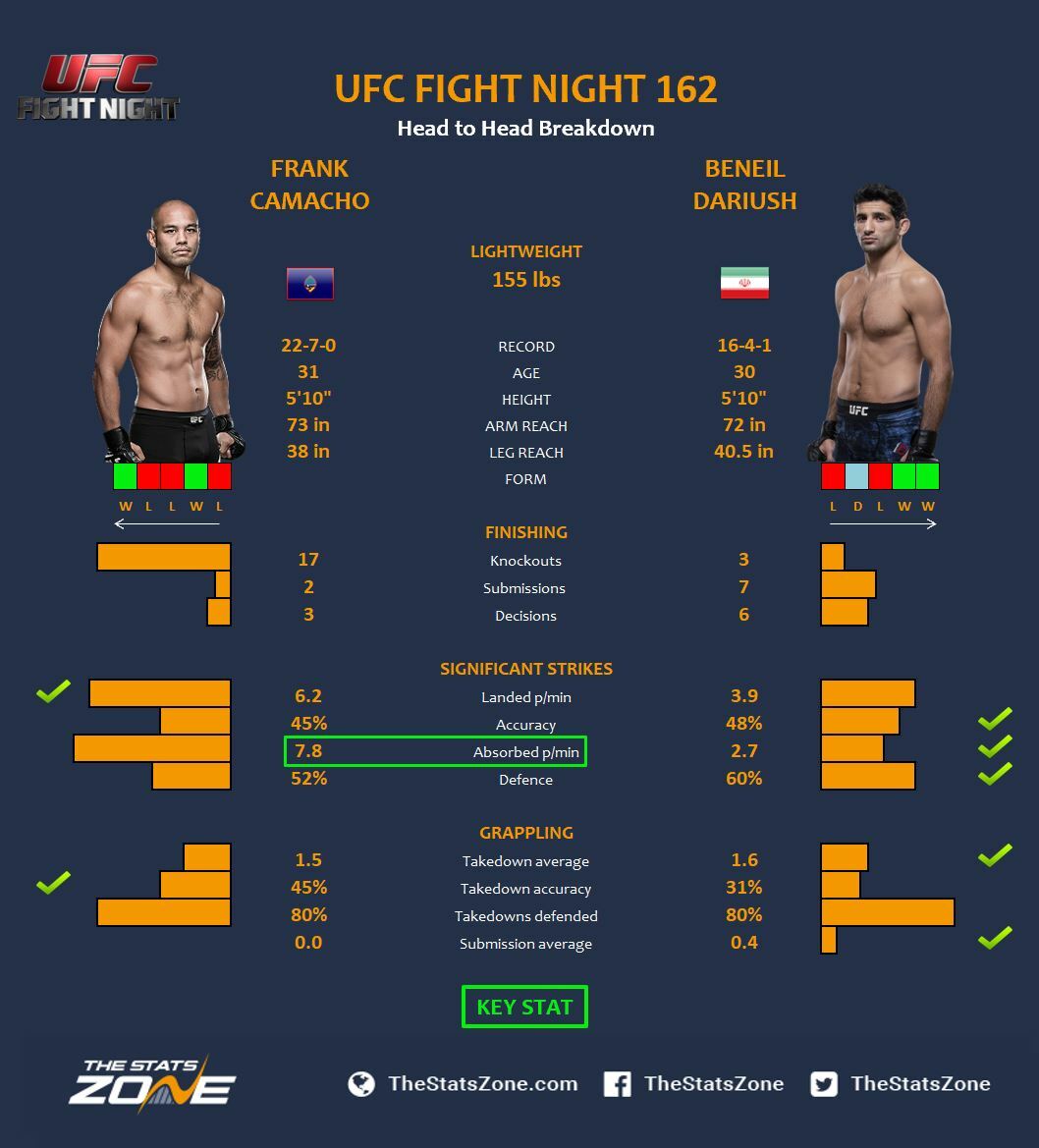 Two crafty veterans showcase their abundance of talent in Singapore with Frank Camacho looking to claim more scalps at lightweight and Beneil Dariush looking to make it three wins in a row.

The Guam native stepped back down to lightweight after losing two fights in a row up at welterweight. He lost a decision to Drew Dober and then almost got his head kicked off by Geoff Neal in what was a devastating knockout. However, he responded in true Camacho fashion in his last fight by finishing Nick Hein to pick up his 17th knockout.

Dariush has all the skills but as soon as he starts to pick up some momentum, he suffers a loss. Losses come with the territory of being a top UFC lightweight but after earning a decision over Thiago Moises and a ‘Performance of the Night’ submission over Dober in his last fight, he will go all out to add Camacho to the victim sheet.

This should be a fascinating battle wherever it goes. They are both assassins on the mat. Dariush is a black belt in Brazilian jiu-jitsu with seven submission wins and Camacho is a world champion but prefers to get the job done with his hands.

They will respect each other’s ground skills which is likely to force the majority of the fight on the feet. Camacho will hunt the knockout whereas Dariush will be more technical looking to break Camacho down, and considering how many shots Camacho eats he is unlikely to outpoint the Iranian.