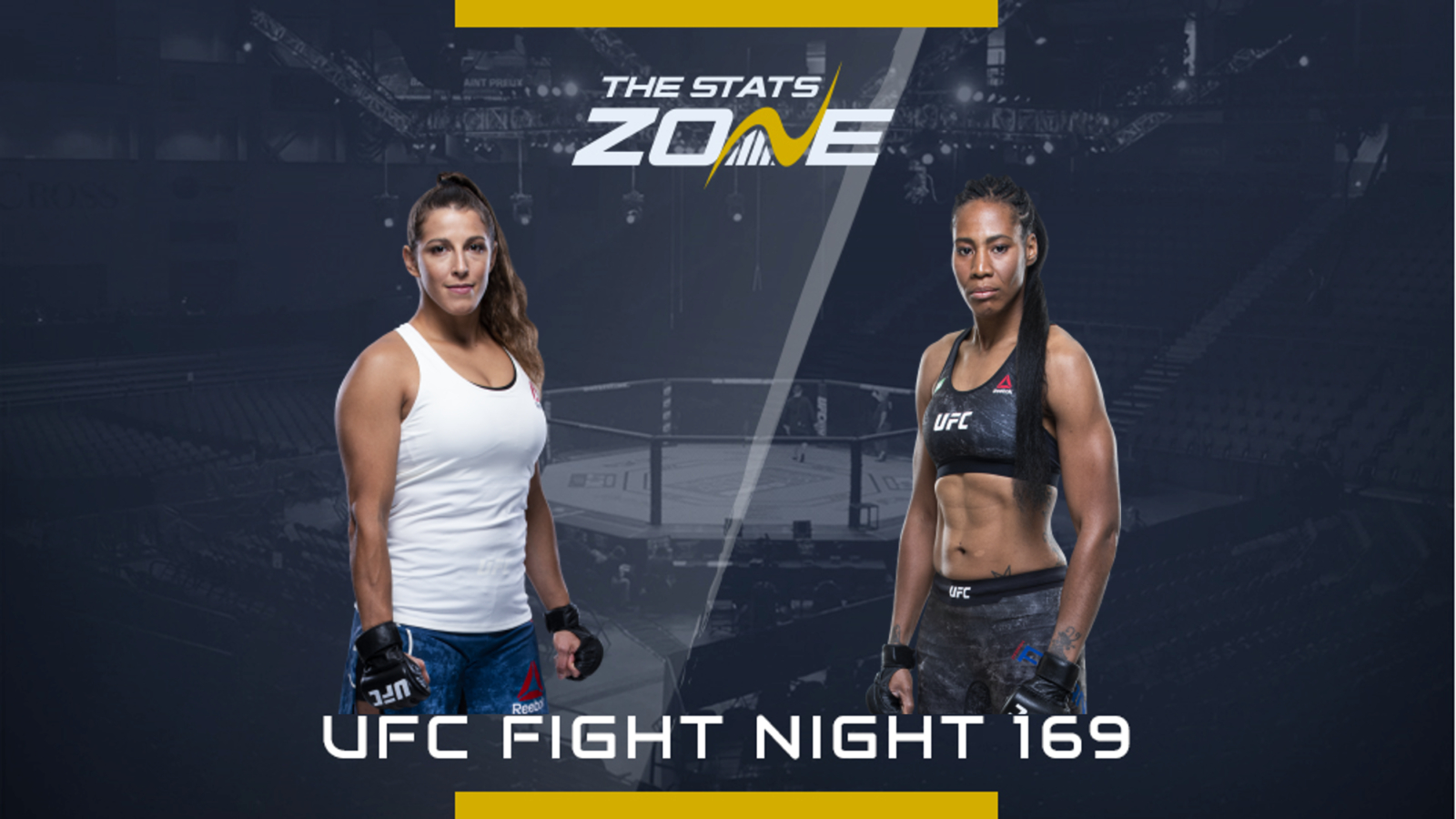 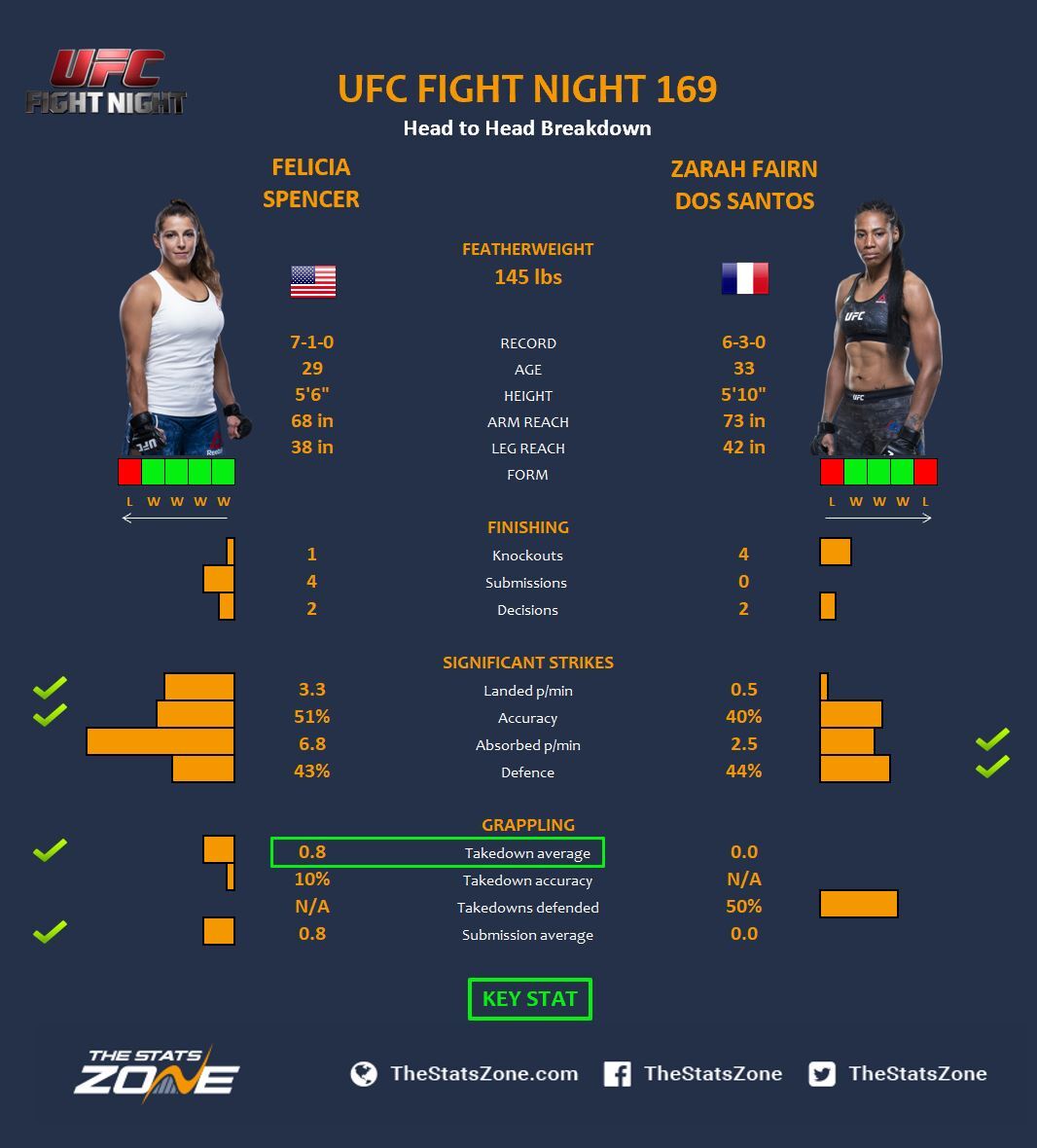 Spencer is coming off the performance that really put her on the map. It was a loss, but she went three rounds with Cris Cyborg - giving a great account of herself in showcasing her toughness. This broke her unbeaten record of seven fights and came after her UFC debut in which she impressively submitted established featherweight Megan Anderson.

Dos Santos makes her second UFC appearance after losing her debut back in October. She took on Anderson off the back of three wins but Anderson was on the right side of a submission this time wrapping Dos Santos up with a triangle choke in the first round.

This is not a good match-up for Dos Santos. Her strengths are on the feet and with a significant size and reach advantage she will be desperate to keep the fight standing despite Spencer’s own striking threat.

Spencer’s downfall could come from her confidence in slugging it out with Cyborg and if she doesn’t respect Dos Santos’ power she could get caught. However, the difference is going to be in the grappling. The sooner Spencer decides to take Dos Santos down the the quicker she is expected to notch the fifth submission win of her career.