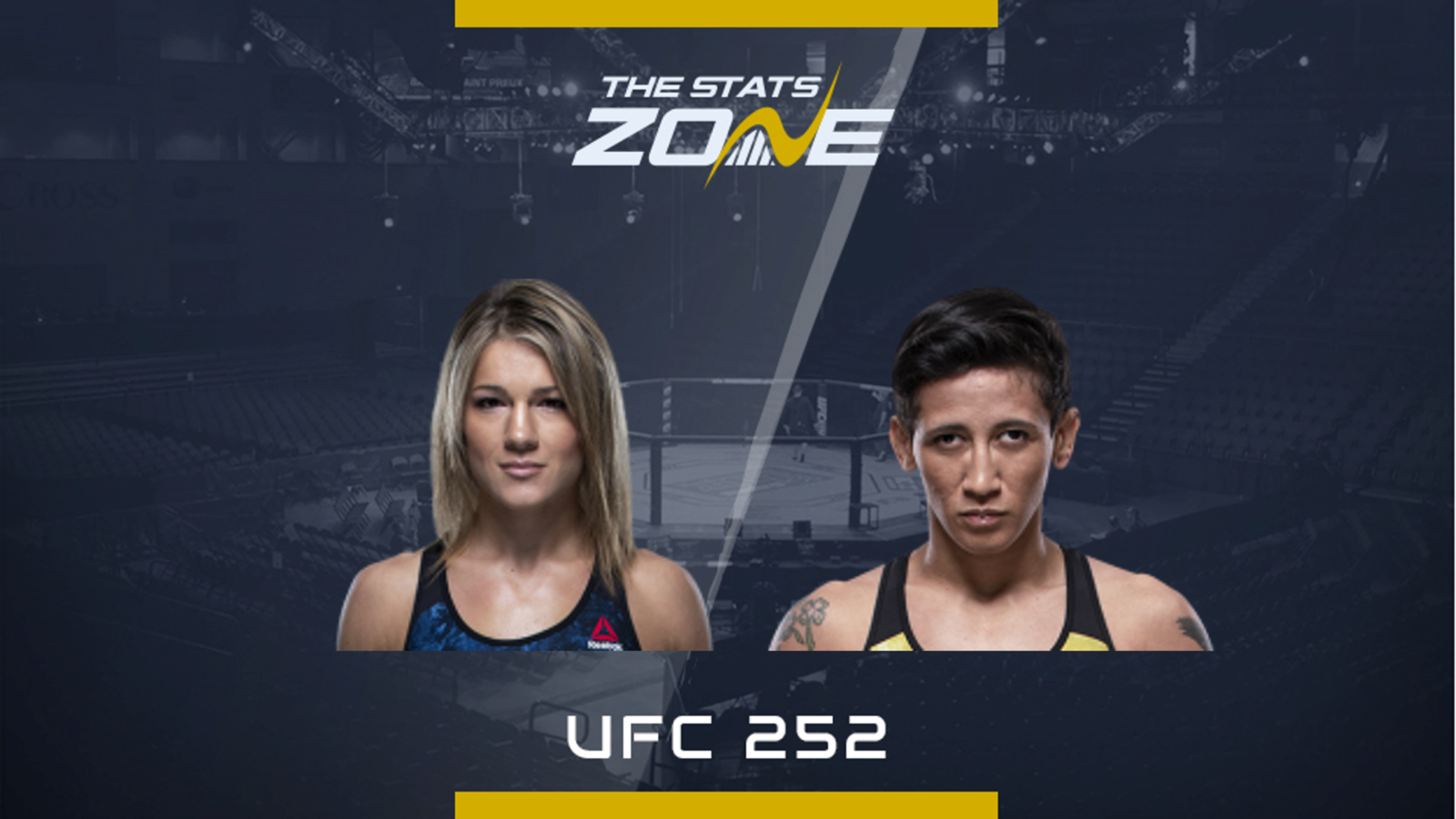 Felice Herrig makes her first appearance in the Octagon in almost two years as she spent most of 2019 on the sidelines with an ACL injury. She will be looking to not only bounce back from the injury but also from losses in her last two fights as she was one the wrong side of decisions to Michelle Waterson and Karolina Kowalkiewicz. She brings a 14-8 record into this return fight where she will hope to pick up her first victory in the UFC since December 2017.

Herrig will face former Invicta strawweight champion Virna Jandiroba who lost on her UFC debut to Carla Esparza but bounced back last time out to submit Mallory Martin in her last bout last December. The black belt in Brazilian Jiu-Jitsu has an impressive 15-1 record and 12 of her wins have come via submission.

The UFC women’s strawweight division will see Felice Herrig face off against Virna Jandiroba in an intriguing matchup at UFC 252. Herrig has been out of action for almost two years now and she will have to shake off any ring rust as well as losses in her last two fights. While she has eight losses on her resume, most of those have come against quality opponents – a level of which Jandiroba has yet to really face other than Carla Esparza. Jandiroba is however a fighter on the up and she has plenty of potential. This is a step up in class for her but one she is well capable of winning. While she is a submission specialist, Herrig has never been submitted with all eight of her losses coming on the judges’ scorecards. Jandiroba should manage to achieve enough Octagon control to get the decision here however in what should be a close-fought fight.