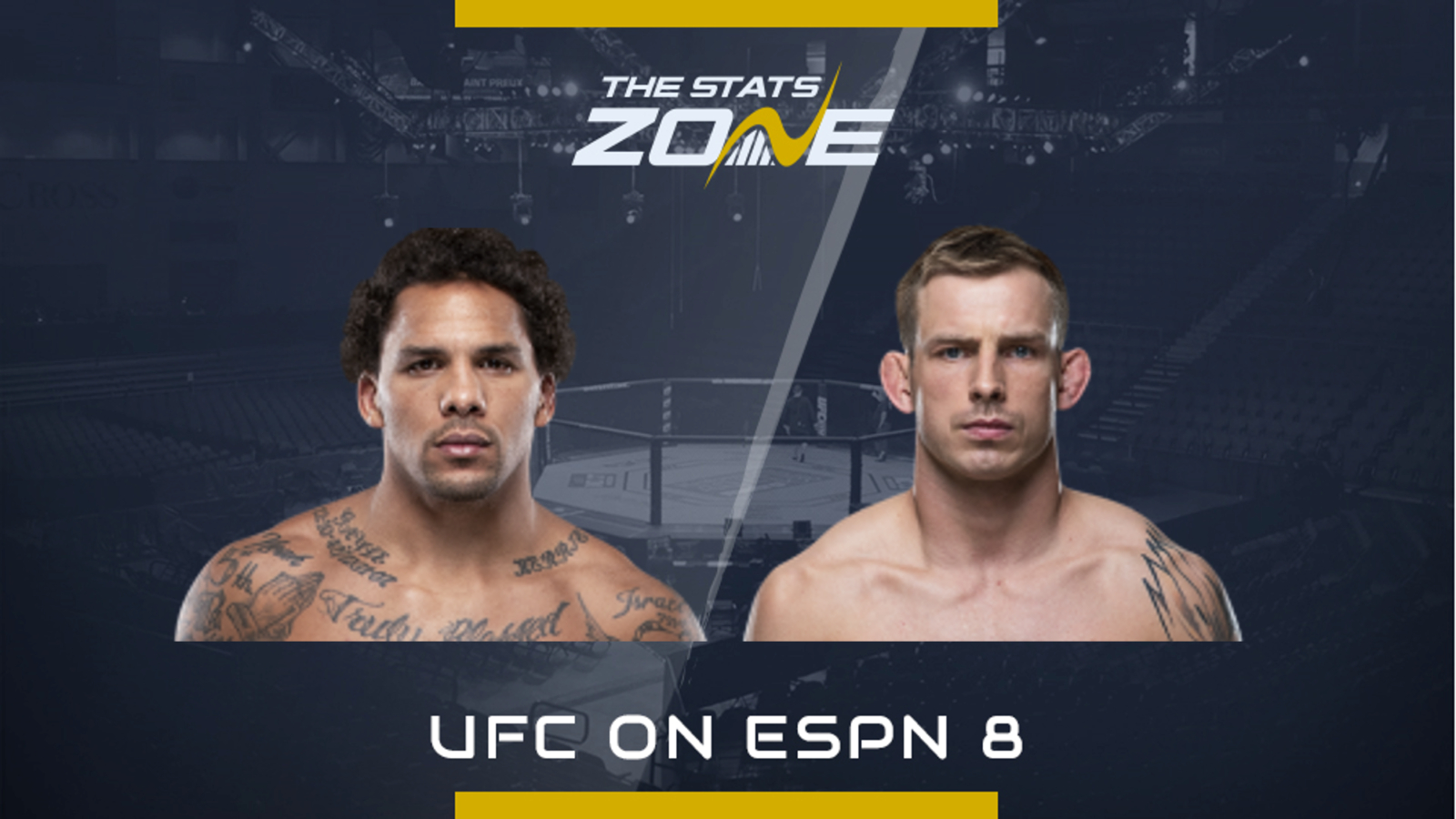 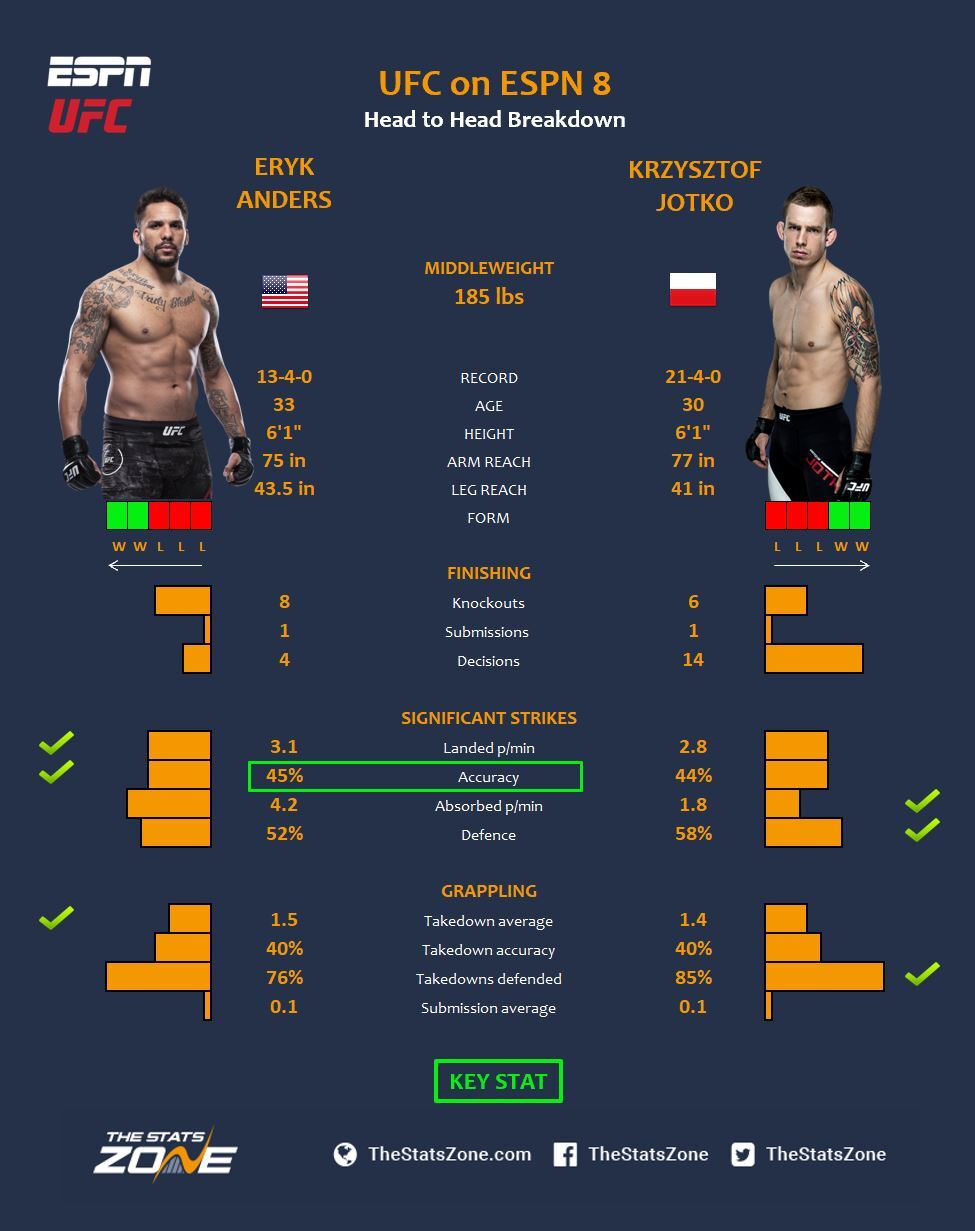 Previously scheduled to duke it out last month, Eryk Anders and Krzysztof Jotko now fight on the exciting UFC on ESPN 8 card.

After three losses in a row to Thiago Santos (TKO), Elias Theodorou (split decision) and Khalil Rountree Jr (unanimous decision), Anders has got back to winning ways with a vintage knockout over Vinicius Moreira and an impressive split decision win over Gerald Meerschaert.

Jotko has also got the winning feeling back after a three-fight skid. He succumbed to David Branch (split decision), Uriah Hall (TKO) and Brad Tavares (TKO) but has bounced back with decisions of his own against Alen Amedovski and Marc-Andre Barriault.

This is a great match-up and both men are very confident about getting another W. Jotko is a very tricky opponent and will back his striking while welcoming the fight to the ground to show off his jiu-Jitsu.

However, Anders’ natural explosiveness should fend off any takedowns or clinches to create space where he will be at his most dangerous and his monstrous left hand may just bag him his ninth knockout.