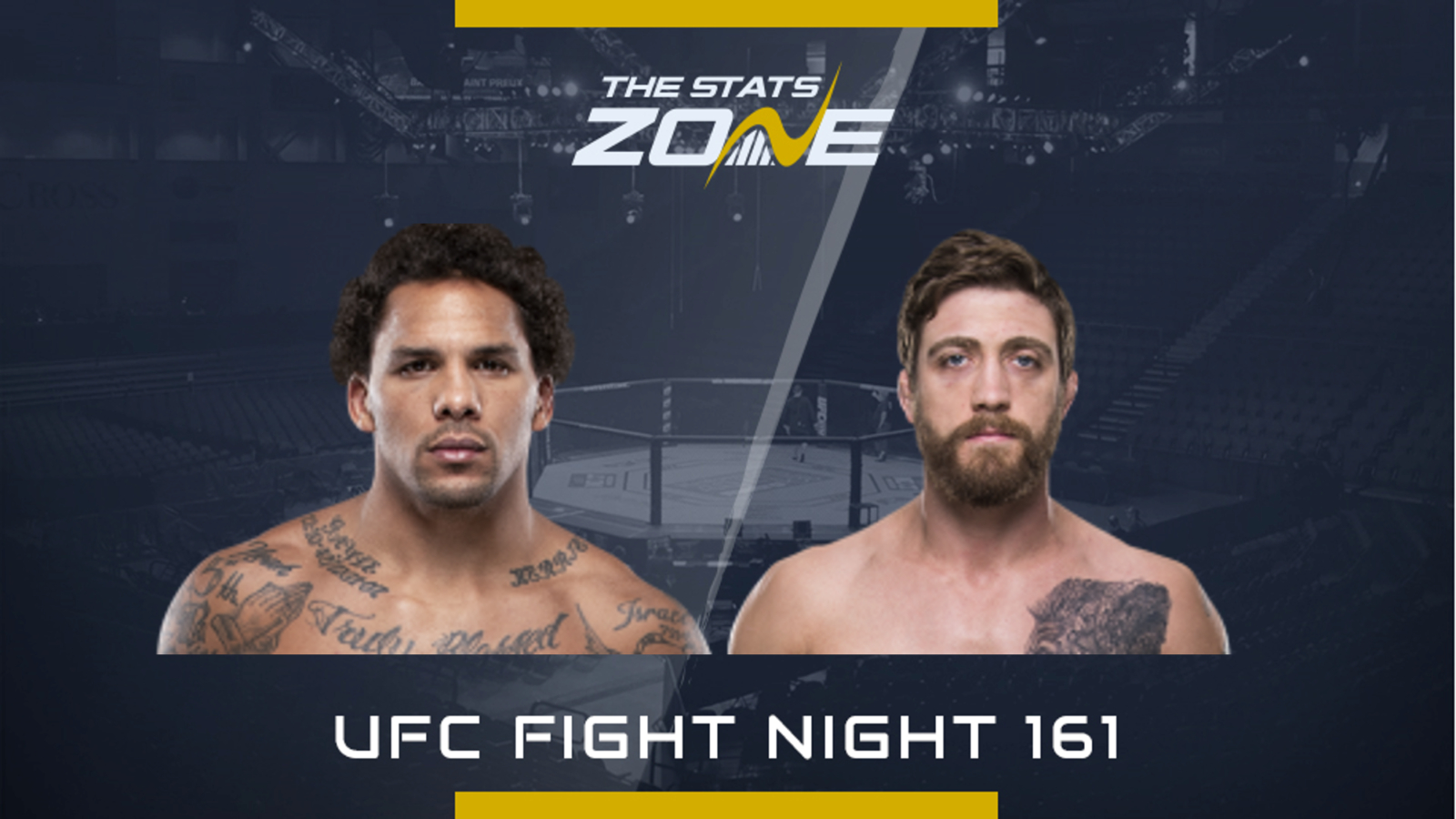 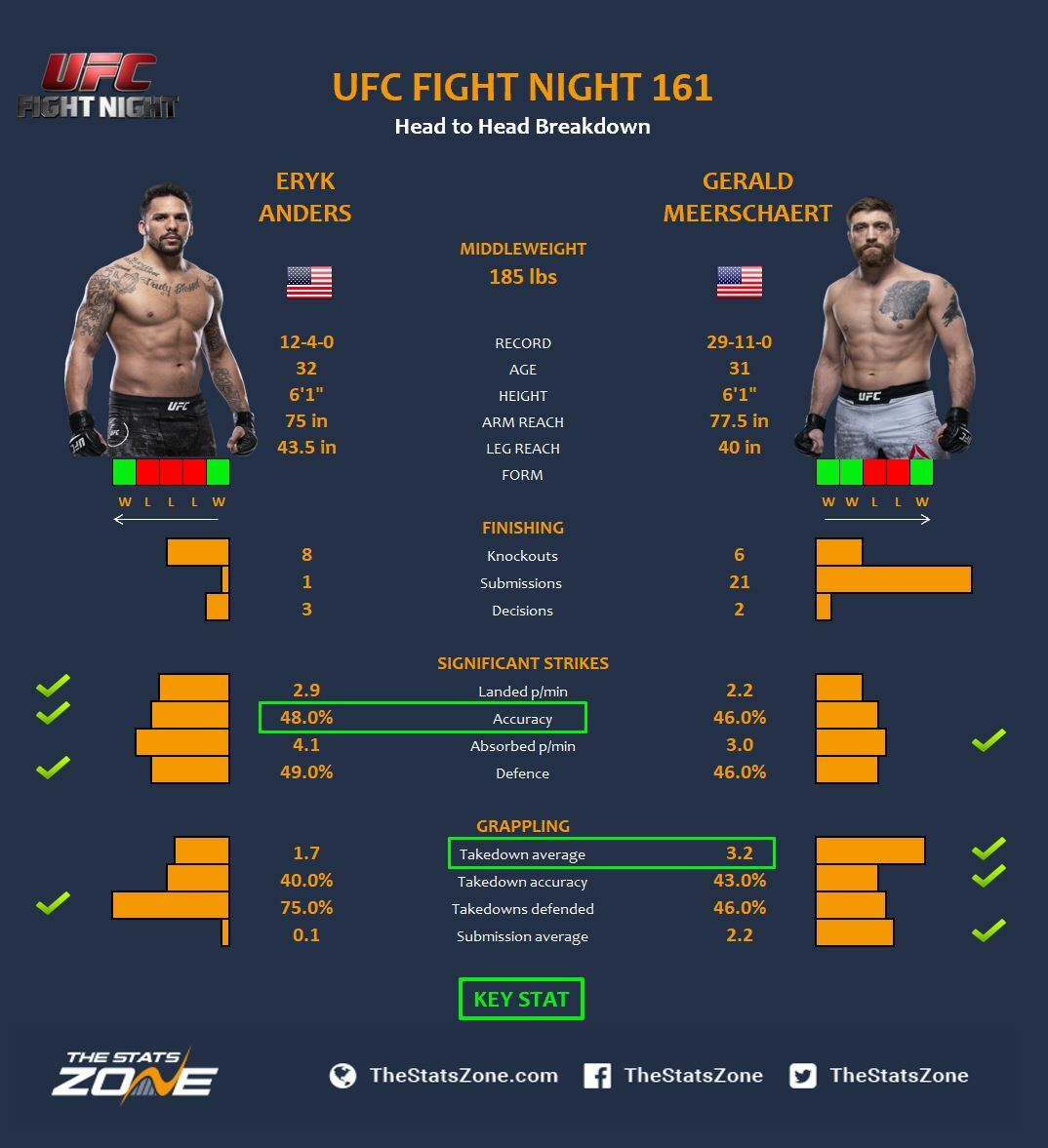 Eryk Anders steps back down to middleweight to kick off the main card in Tampa with Gerald Meerschaert for their third fight of 2019.

Anders has fought a staggering 14 times since 2016. However, it is almost impossible to keep winning in the UFC fighting that regularly. Anders suffered three losses in a row, firstly a TKO loss to Thiago Santos and then a frustrating split decision to Elias Theodorou. He then took a three-round beating from Khalil Rountree Jr but is coming off a vicious first-round knockout over Vinicius Moreira.

Meerschaert also bounces back from a couple of losses with a vintage performance. He got submitted by Jack Hermansson before losing a split decision to Kevin Holland but responded by notching his 21st submission win with a guillotine over Trevin Giles.

Meerschaert knows how dangerous it will be to trade with Anders on the feet which will give him more reason to stick to his bread and butter of taking the fight to the ground and look for a submission.

Anders has never been submitted before but this is still likely to hinge on his takedown defence. At middleweight, he has the power to shrug off enough takedown attempts and needs the slightest of opportunities to uncork his huge left hand.