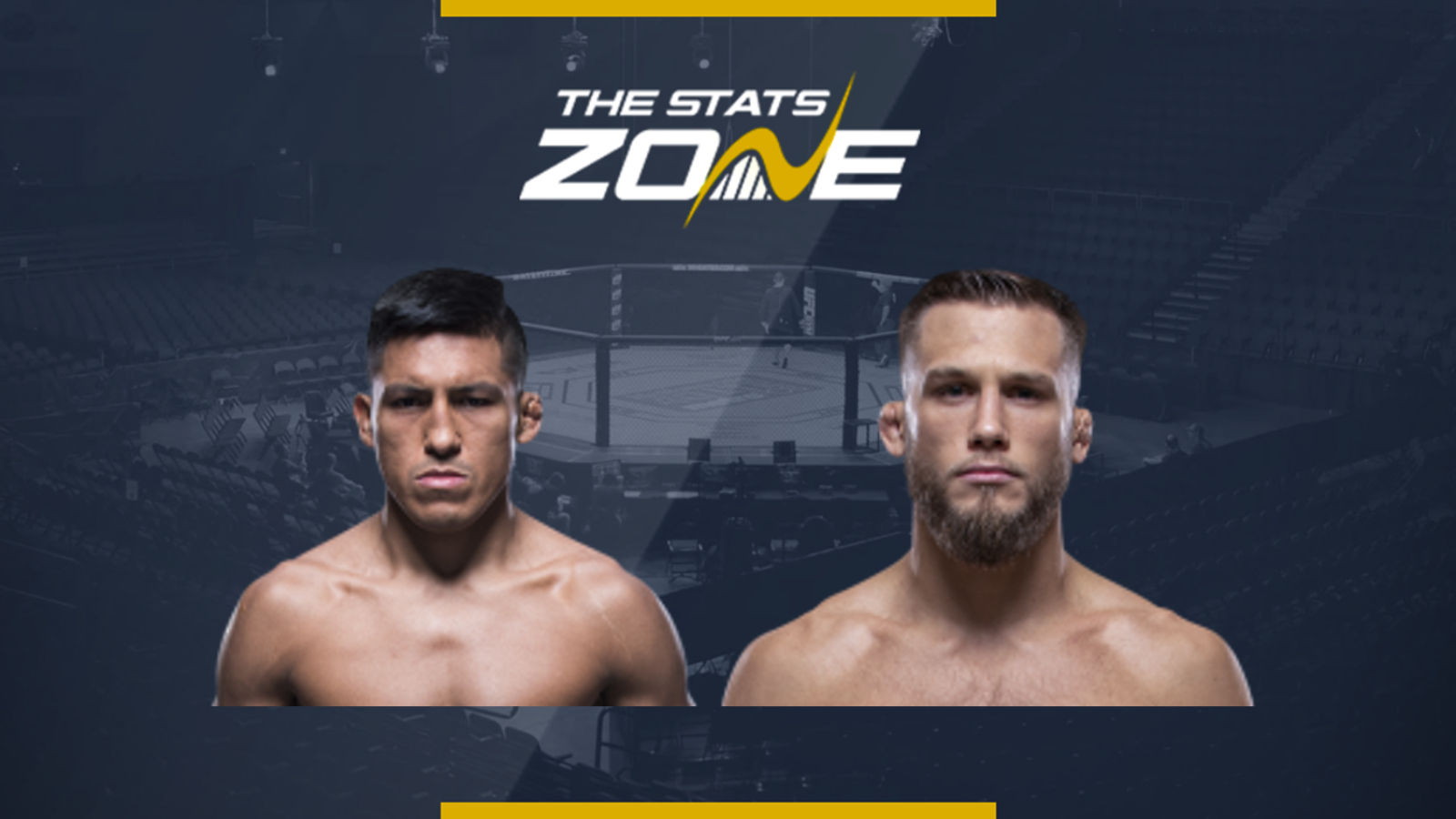 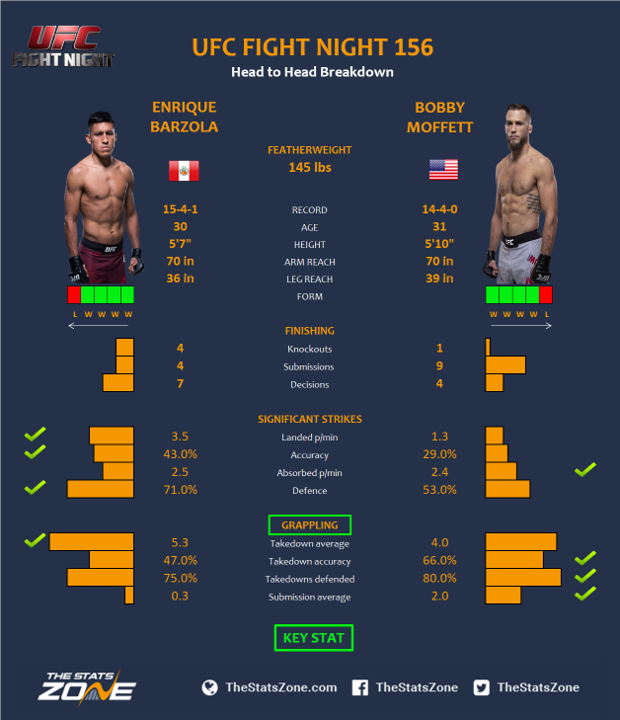 Barzola had his four-fight winning streak snapped in his last fight by Kevin Aguilar who won a unanimous decision – an outcome he has become used to with his last seven fights ending in the judges' hands.

Conveniently, Moffett also had a four-fight winning streak snapped in his last outing. He lost a decision to Bryce Mitchell after winning his UFC debut with the ninth submission win of his career.

As exceptional grapplers, both men are most comfortable on the mat and it will be a fascinating battle between Barzola’s wrestling and Moffett’s jiu-jitsu. They are at such a high-level that it will require a big mistake to get submitted, making a decision most likely, with Barzola’s wrestling giving him a slight advantage.