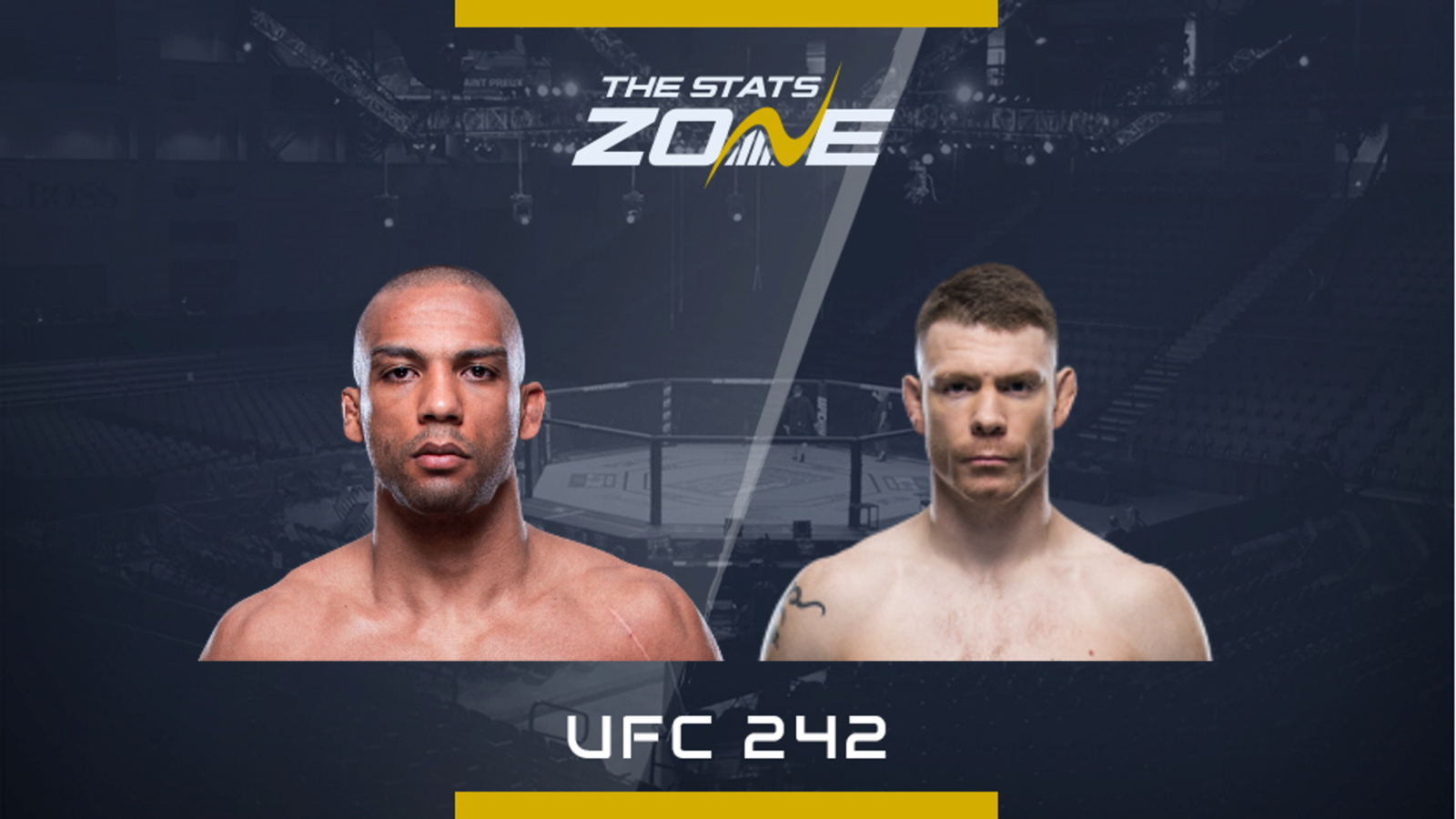 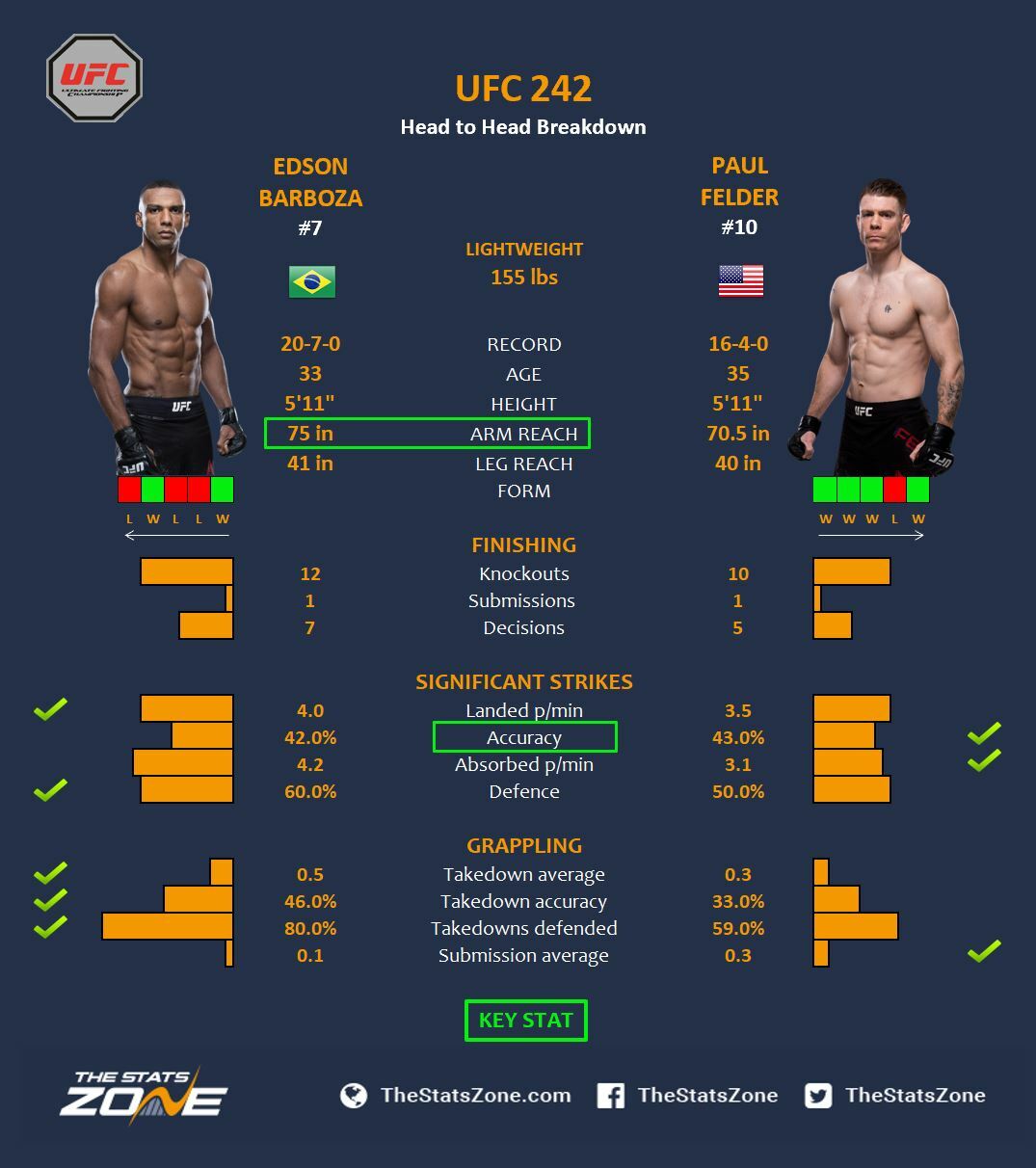 Paul Felder flies out to Abu Dhabi for redemption and to avenge the first loss of his career inflicted by Edson Barboza. The Brazilian out-struck Felder to earn a thrilling decision and nobody is disappointed to see these warriors rematch especially as they have been strategically placed on this card so they can serve as a back-up if Khabib Nurmagomedov or Dustin Poirier drop out of their lightweight title fight.

Their fight back in 2015 was a technical war. Barboza had more class on the night, serving up more damage, but Felder displayed his toughness by eating every leg kick and punch as well as a spinning wheel kick to the crown jewels.

Since, Barboza has gone 4-4 and Felder 6-3. Barboza enjoyed vintage knockouts over Beneil Dariush and Dan Hooker but has fought killer after killer with losses to Tony Ferguson, Nurmagomedov Kevin Lee and Justin Gaethje; who delivered a hellacious knockout in his last fight.

Highlights of their 2015 encounter:

This is likely to be a similar battle to their first meeting and a showcase of devastating Muay Thai. However, expect to see more finely tuned versions with Felder better prepared for Barboza’s thunderous leg kicks which may provoke him to look for a takedown.

Felder is extremely strong and as we saw in his fight with Oliveira, his grappling is underrated which has been Barboza’s only chink in his armour. However, as soon as Barboza unleashes his ferocious striking arsenal, expect Felder to get angry and respond with his own.

As good as Felder's striking is, it is essential he closes the distance by clinching up to nullify Barboza's strengths and hurt the Brazilian with his nasty elbows. However, this is likely to turn into another war on the feet and as Barboza is even more powerful, quicker and has the best kicks in the game the only factor that will prevent a finish is Felder’s toughness.