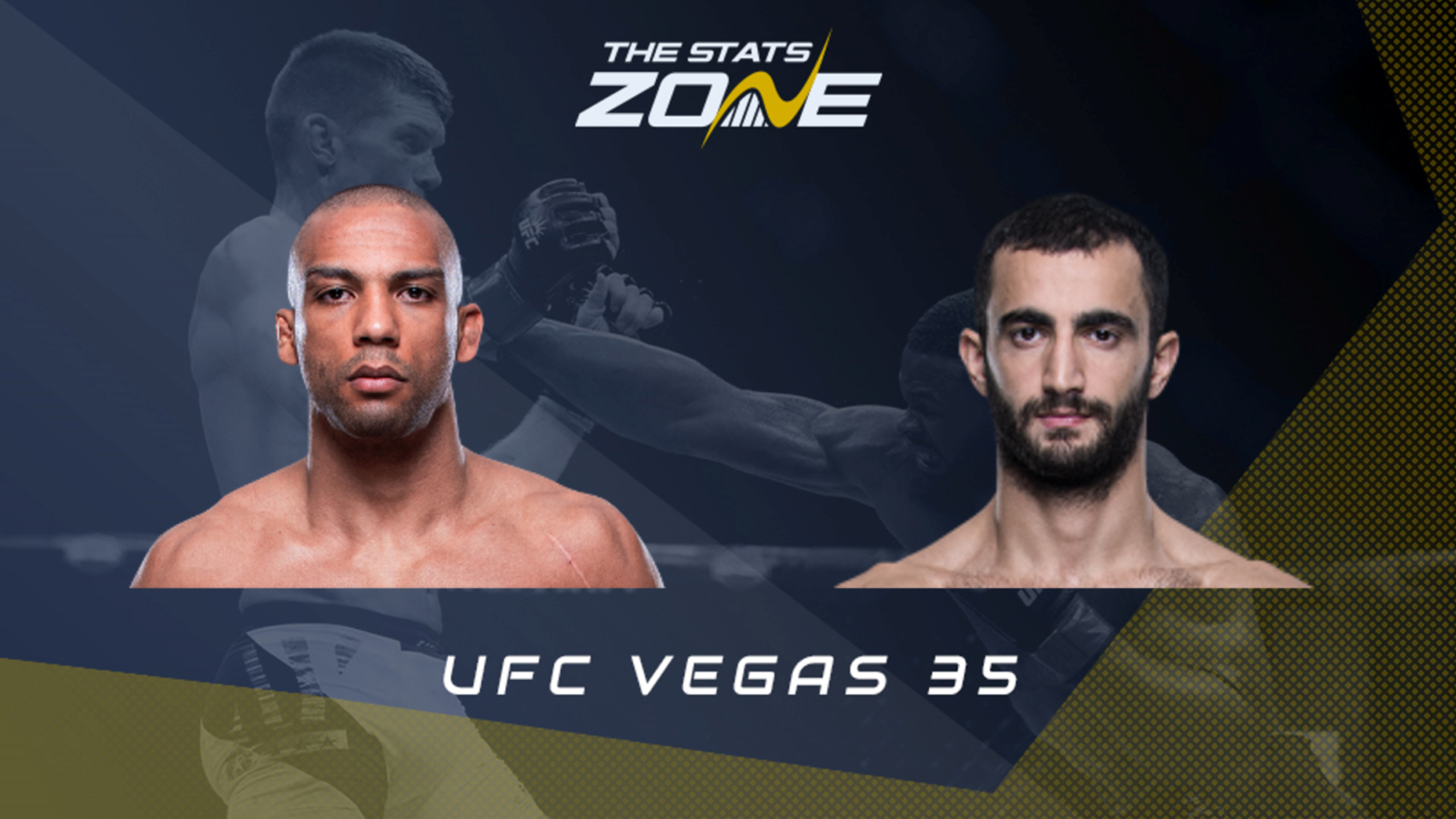 The weapon that is Edson Barboza (22-9) is back and on a thoroughly deserved two-fight win streak. After accepting a fight with every lightweight murderer and their dog, Barboza lost four from five at one point with losses to Khabib Nurmagomedov, Kevin Lee, Justin Gaethje and Paul Felder sandwiching a brutalisation of Dan Hooker. He then got ripped to ribbons down at featherweight meeting Dan Ige for his induction to the division. He looked great but was robbed in a split decision loss to lose five of his last six. Miserable form, but he displayed his class by bouncing back with a unanimous decision win over Makwan Amirkhani and finishing the granite Shane Burgos with a beautiful punch to the liver back in May.

He meets fellow slick striker Giga Chikadze (13-2). One of many exciting prospects emerging out of Georgia, Chikadze is on an impressive eight-fight win streak and has enjoyed a dream start to his UFC career. He kicked off with two split decisions over Brandon Davis and Jamall Emmers which was great experience. He then earnt unanimous decisions over Irwin Rivera (who was a late replacement) and Omar Morales (handing him the first loss of his career). He then TKO’d Jamey Simmons (another late replacement) and is coming off his biggest win which was a beautiful knockout and destruction of Cub Swanson.

This is a mouth-watering match-up between two of the most technical and exciting strikers in the division. Chikadze’s MMA experience does not compare to Barboza’s but he has 44 kickboxing fights in the bank. Swanson is way past his prime and besides Morales, he has not fought any top talents, so it is great to see him awarded with this fight.

He will not be boasting his usual reach advantage and will not have fought anyone as quick as Barboza. He will still try and be aggressive throwing 1-2’s and kicks from his southpaw stance. He will be calculated trying to manipulate the guard of Barboza and set up his patented ‘Giga kick’ to the liver.

We have seen Barboza’s arsenal several times now and it will never get boring. He has arguably the best kicks in the game snapping a full array of kicks with zero telegraph. His boxing is also deadly, and like the Georgian, he sets up the liver strike, but with his hands which has been extremely effective as we saw in the Hooker and Burgos fights.

This will be a chess match of striking and an absolute spectacle. Their defence will be the key here. Chikadze has a 60% striking defence and Barboza 59% which is very good considering the competition he has faced including wrestlers such as Nurmagomedov and Lee who have rained down punches on the ground.

They are both assassins, but their defence should push this to a decision. It will be fiercely contested, and we can expect a ferocious exchange of kicks. It will be close for sure, but we are backing the more experienced and quicker Barboza who will have more pop to his strikes and more aggression to sway the judges.