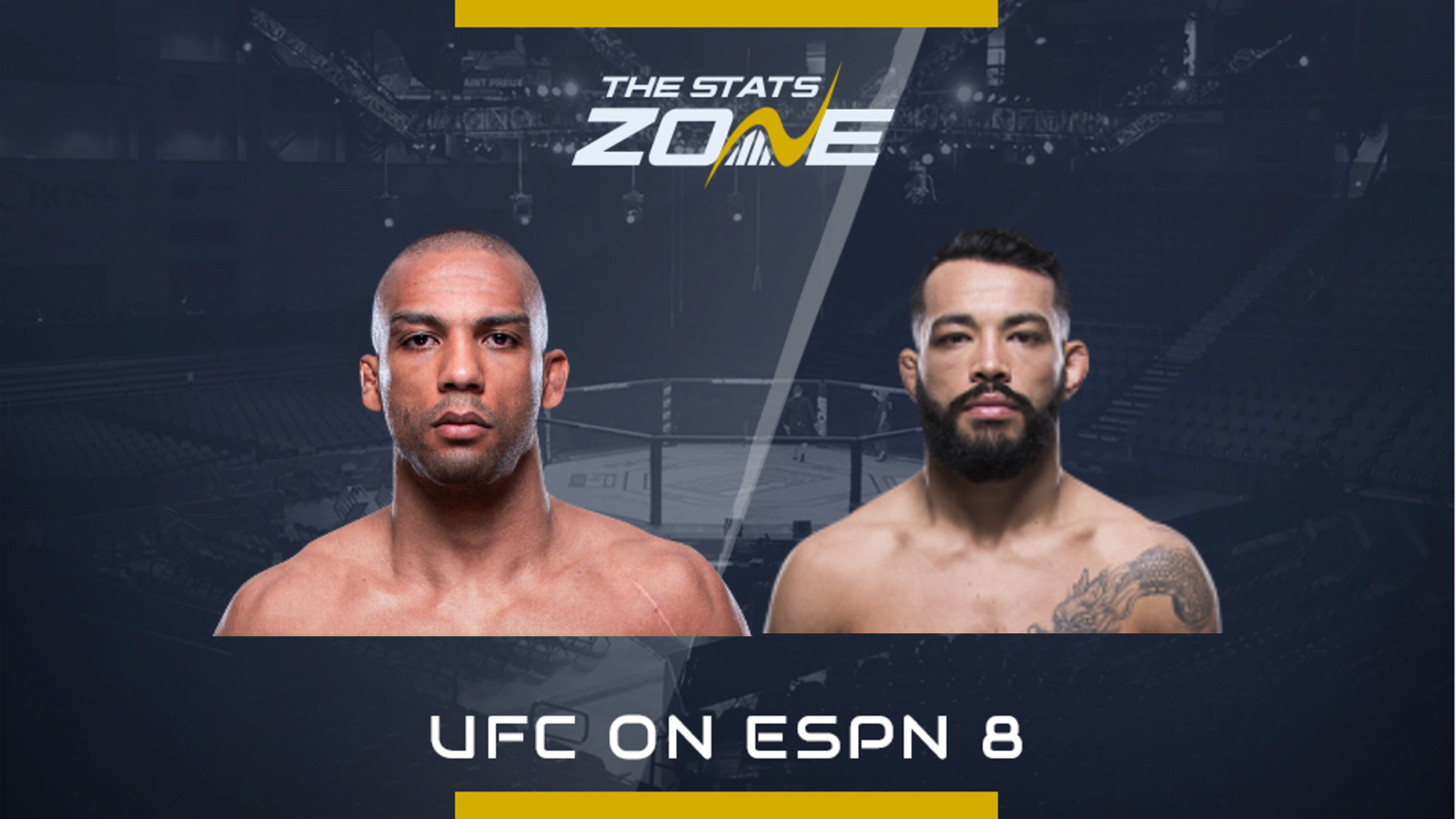 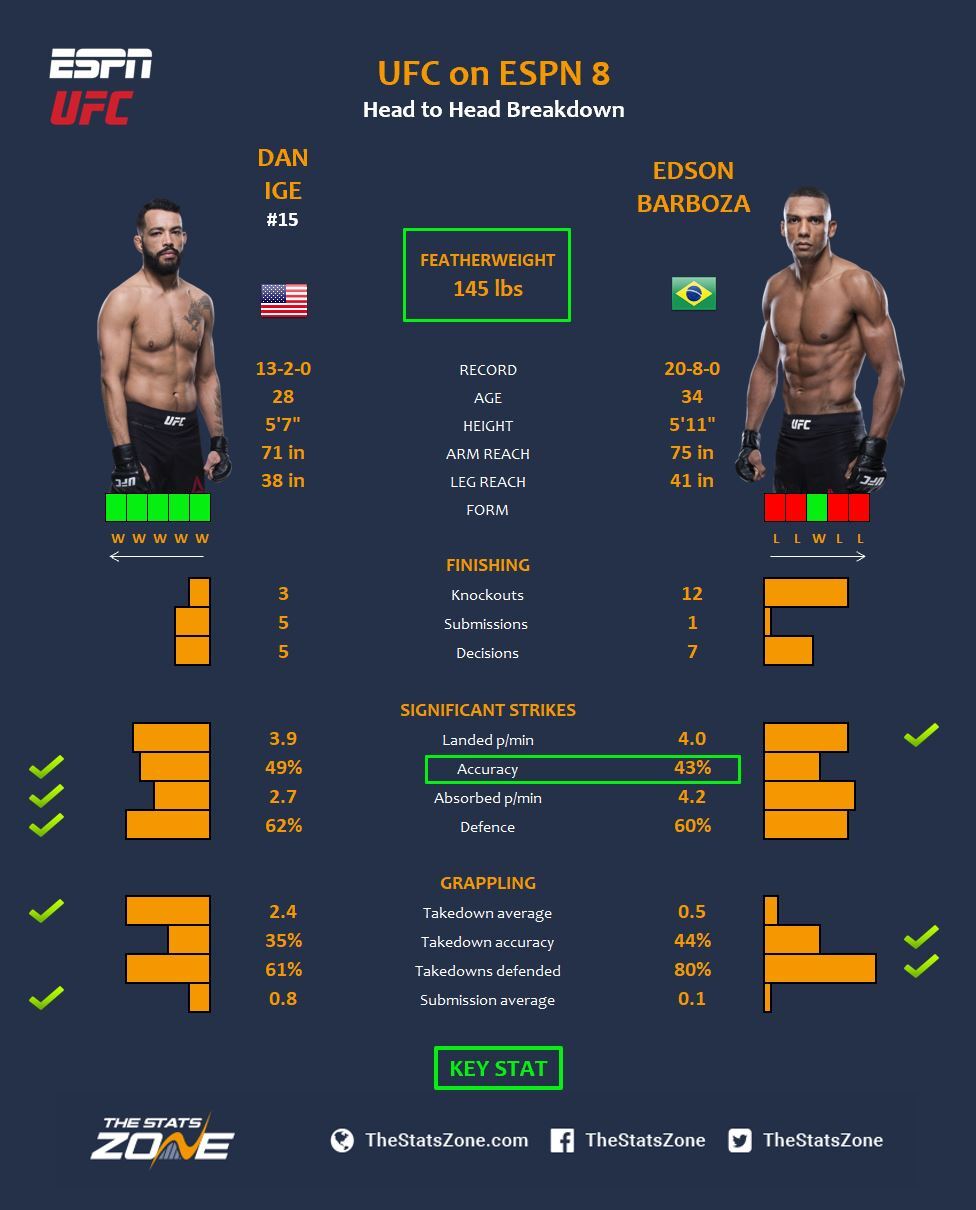 The weapon that is Edson Barboza tries his hand down in the featherweight division but has a tough welcome in the form of Dan Ige.

Ige deserves a big fight with his recent performances and that is exactly what he’s got. After losing his UFC debut to Julio Arce in a decision at UFC 220, he has gone on to win his next five and is coming off hard-fought decisions over Kevin Aguillar and Mirsad Bektic.

We are not quite sure how Barboza is going make 145 lbs as he was shredded at 155. That said, the prospect of him unleashing his arsenal in a lighter division is mouth-watering. A new chapter has also come at a good time as he has spent the last five years battling the best of the most stacked division in the UFC. In just his last five fights, he has come off on the losing side to Khabib Nurmagomedov, Kevin Lee, Justin Gaethje and Paul Felder but they are sandwiched between a vintage performance and assassination of Dan Hooker.

Ige is no joke but if Barboza manages to drop the weight safely and comes in energised, you have to expect him to mercilessly chew him up with his elite striking. If he gets some tips off Jose Aldo, he may look even better but he has barely any body fat as it is and his power will definitely be compromised.

If the weight cut goes badly, Ige will capitalise and has the skill to claim the biggest scalp of his career but if Barboza gets through it smoothly, we could see a new contender for the belt.