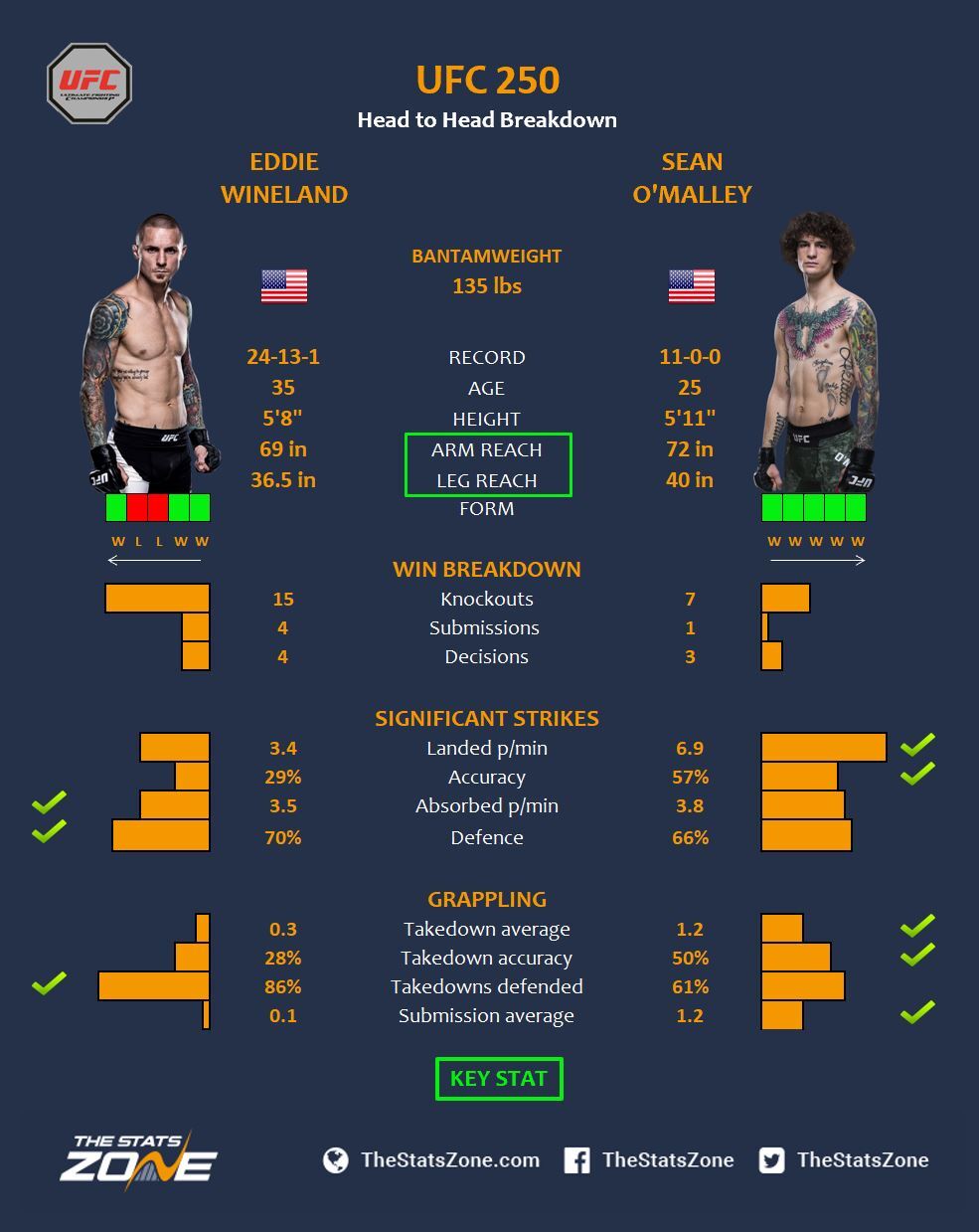 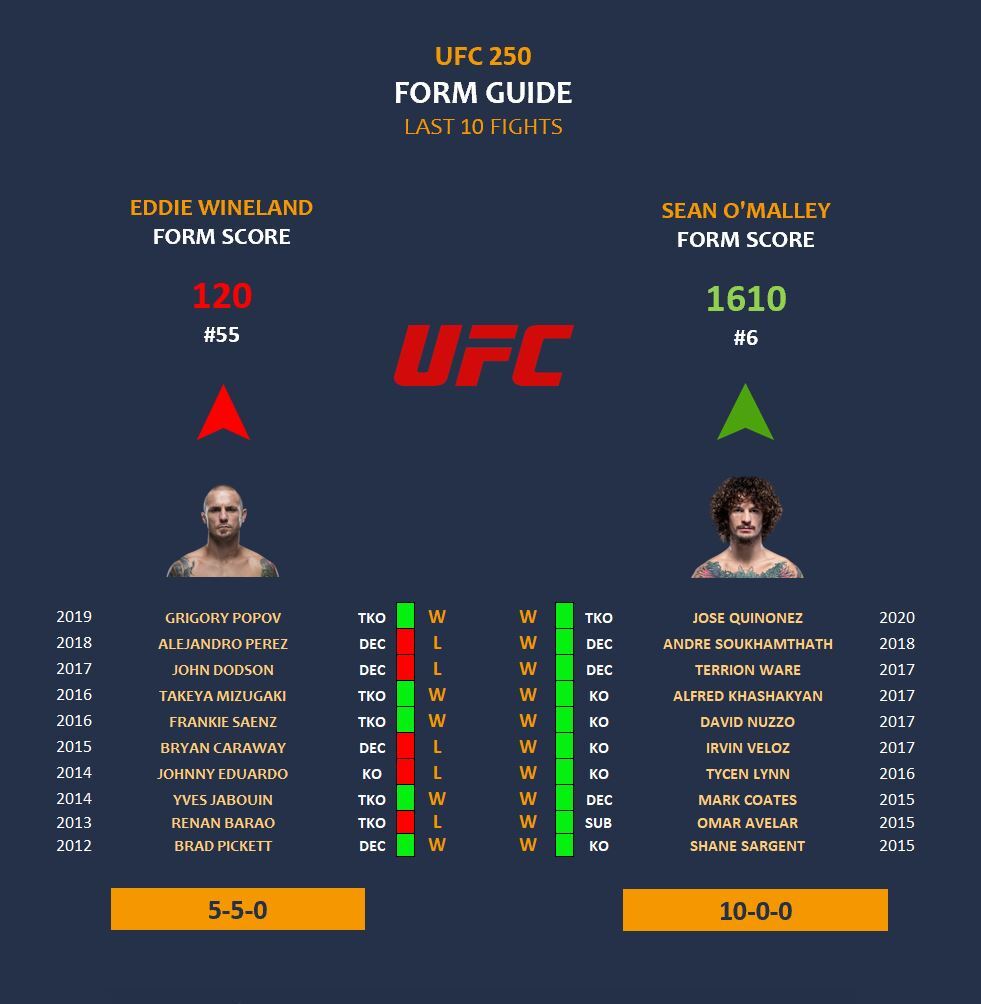 The former WEC champion has only fought once a year since 2016 with two unanimous decision losses to John Dodson (2017) and Alejandro Perez (2018), but Wineland gave everyone a tasty reminder of his striking prowess in June last year with a second round TKO of Grigory Popov back at UFC 238.

The O’Malley hype train is picking up the pace again after his last outing in March this year. After suffering injuries and being caught up in tainted supplements, his fight prior was two years ago where he defeated Andre Soukhamthath. Now, O’Malley is desperate to build momentum after his dispatching of Jose Alberto Quinonez.

O’Malley looked superb against Quinonez and showed no signs of ring rust and this is a great match-up for him to build upon that performance.

Wineland is experienced, tough and has undeniable knockout ability. However, his aggressive style and reach discrepancy will play right into O’Malley’s hands. O’Malley will patiently wait for Wineland to attack while calmly picking him off with counter punches and kicks.

O’Malley also has an excellent ground game, but this will remain on the feet until O’Malley piles on enough damage to land the killer blow.