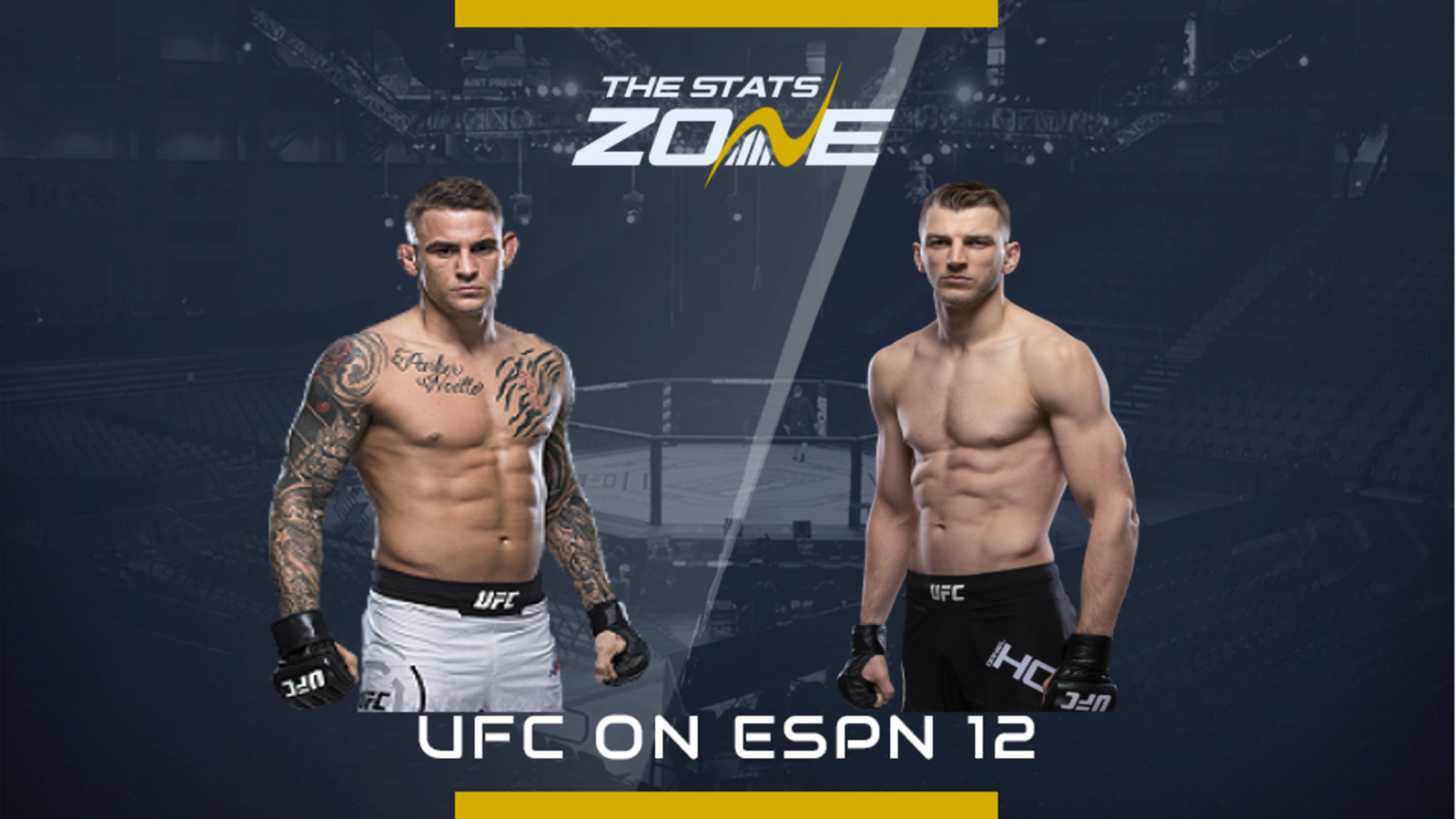 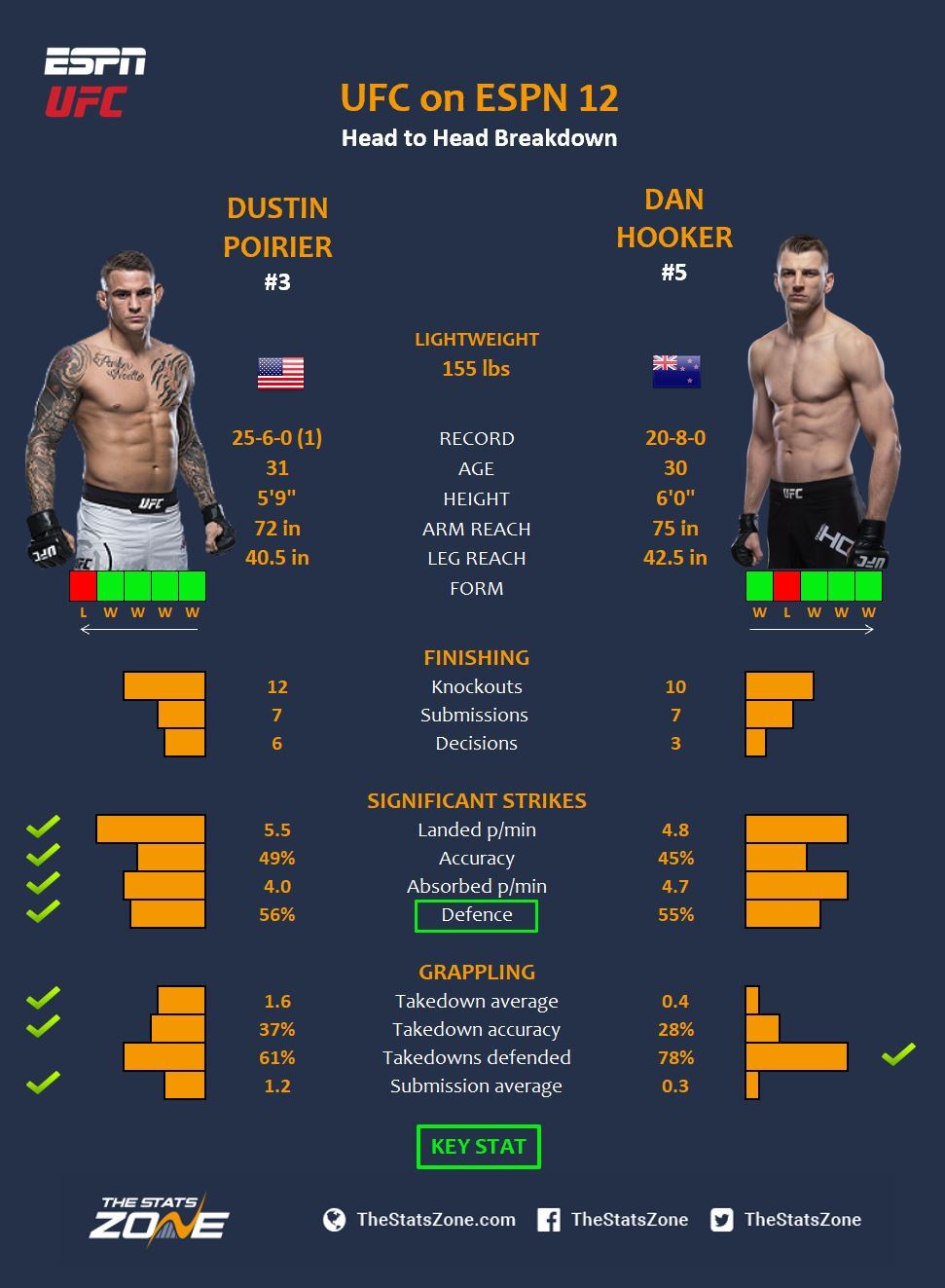 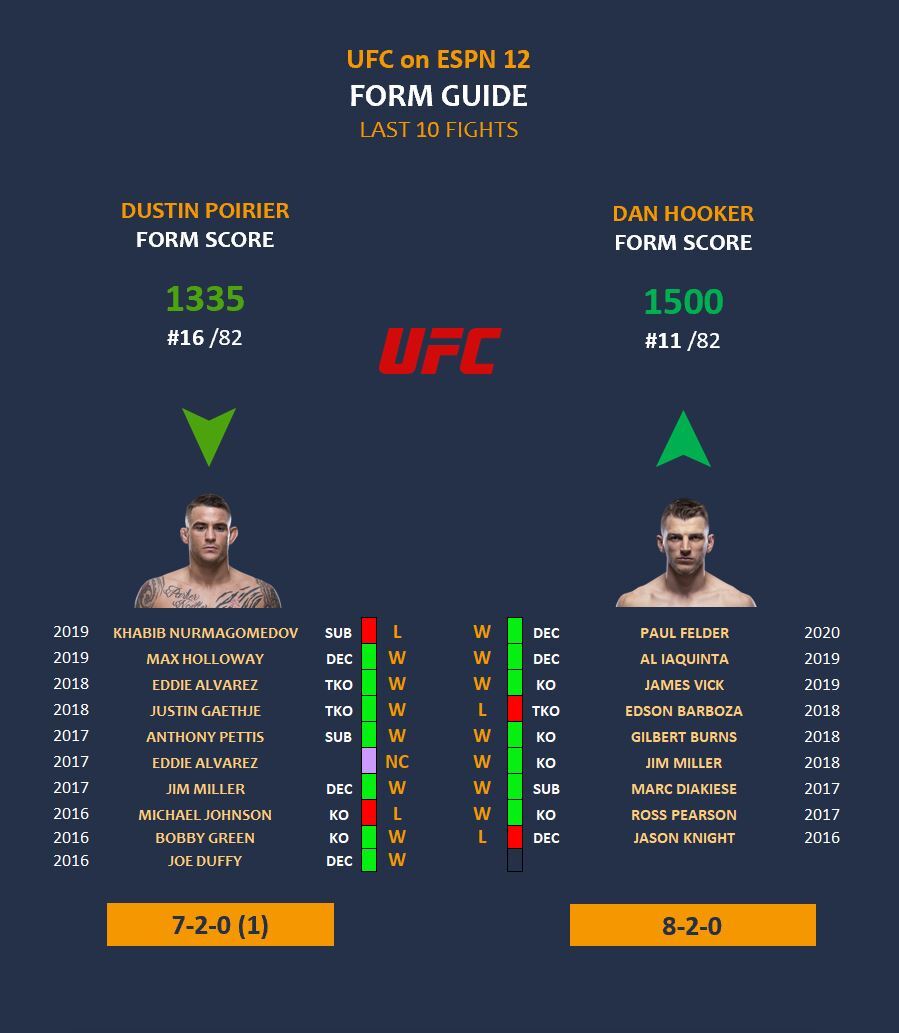 The lightweight division continues to churn out epic match-ups and the next blockbuster is Dustin Poirier vs Dan Hooker.

Poirier is coming off his title fight with Khabib Nurmagomedov where he lost via a submission in the third round. Despite that loss, he is still ranked as the 16th most in-form fighter in the stacked division due to coming out of a murderers row finishing Anthony Pettis, Eddie Alvarez, Justin Gaethje and outpointing Max Holloway handing the Hawaiian his first loss in 13 fights and clinching the interim title.

Hooker has got past two big names himself in Al Iaquinta and Paul Felder bouncing back from his brutalisation served up by Edson Barboza. Winning eight of his last 10 including five finishes and coming off two wins over top 10 ranked opponents, Hooker is riding high as the 11th most in form fighter in the division.

This is going to be a barnburner. They have all of the tools, but this is likely to be a technical war on the feet where they are both battle-tested. Poirier has the scalps of some of the best strikers in the division including Holloway, but Hooker will boast an important height and reach advantage.

Poirier is one of the best Boxers in the division, but Hooker’s diverse striking arsenal will cause problems. When Poirier smells blood he tends to move forward head-first and that is where Hooker could be waiting with lethal counters in the form of knees and uppercuts.

Poirier’s experience will be crucial in timing when to be aggressive just as he did in the Alvarez, Gaethje and Holloway fights. Hooker will be dangerous for five rounds as long as he can keep a distance utilising his reach but Poirier will have a strategy and a game plan to combat that.

Do not expect an early one-punch KO but a late finish with accumulative strikes is likely and so is five full rounds of violence.