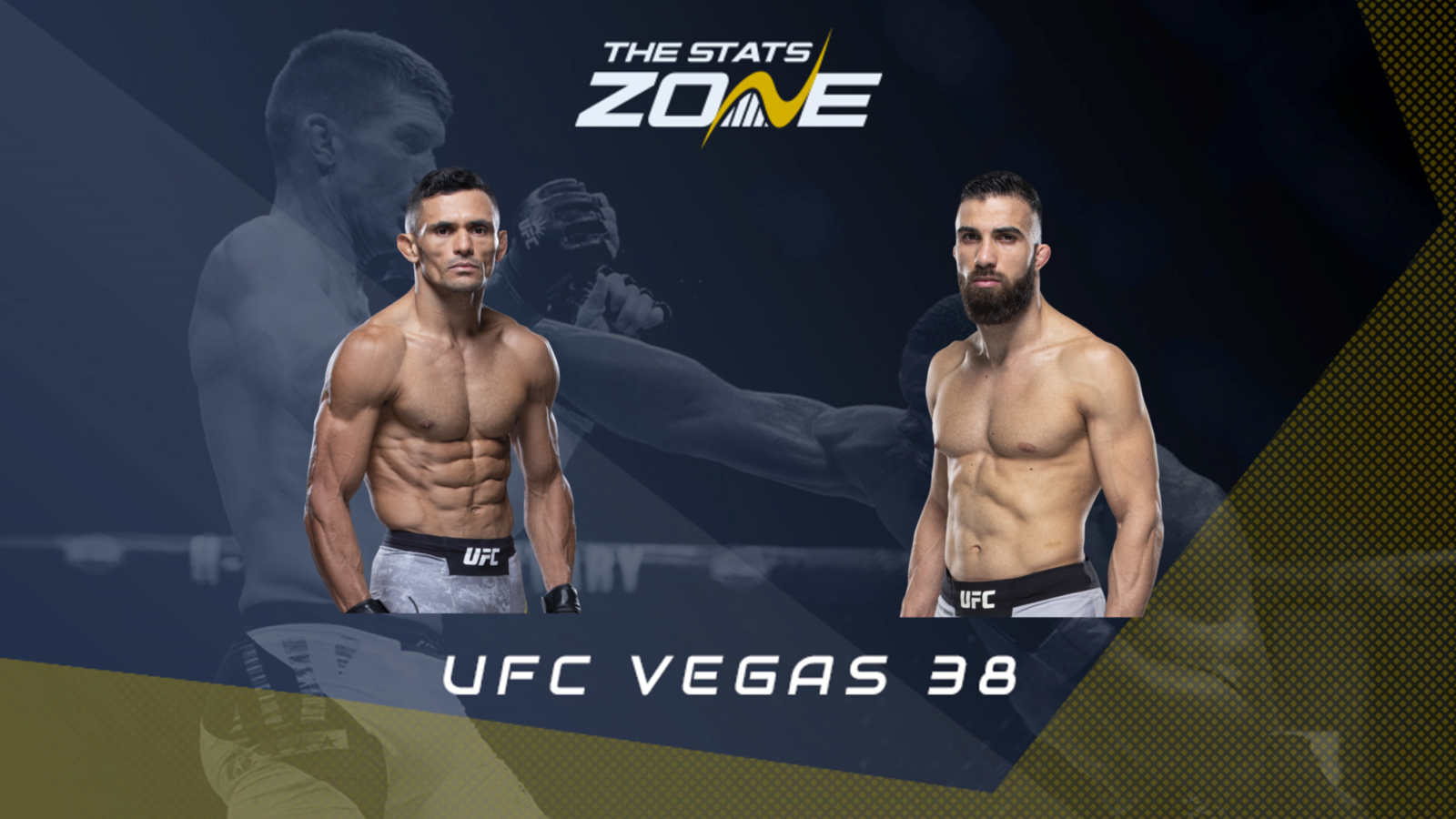 Where is UFC Vegas 38? UFC APEX, Enterprise, Nevada (US)

Where can I get tickets for UFC Vegas 38? Click here for the latest ticket information for UFC events

Where can I stream UFC Vegas 38? BT Sport subscribers can stream the fight online via the BT Sport website

Douglas Silva de Andrade (26-4-1) returns to the Octagon hoping to get back to winning ways after dropping a unanimous decision last time out to Lerone Murphy. The knockout specialist had been out for over a year prior to that and he will be looking to rebuild some momentum now and position himself into the reckoning for a title shot in the featherweight division

Gaetano Pirrello lost in his UFC debut back in January as he suffered a submission defeat at the hands of Ricky Simon. The 29-year-old Belgian brings a 15-6-1 record into this bout and with 11 of those 15 wins coming via knockout, Pirrello will be looking for the stoppage.

Gaetano Pirrello faces off against veteran Douglas Silva de Andrade looking for his first win in the UFC but this a tough assignment for him. The veteran Brazilian has an outstanding record and while he has not had many fights in the last couple of years, he has shaken off his injuries and will be looking to make a run again now. This marks another step up class for Pirrello and unless he can find some early success with the power he certainly has in his hands, it is Silva de Andrade who is favoured to get the stoppage.