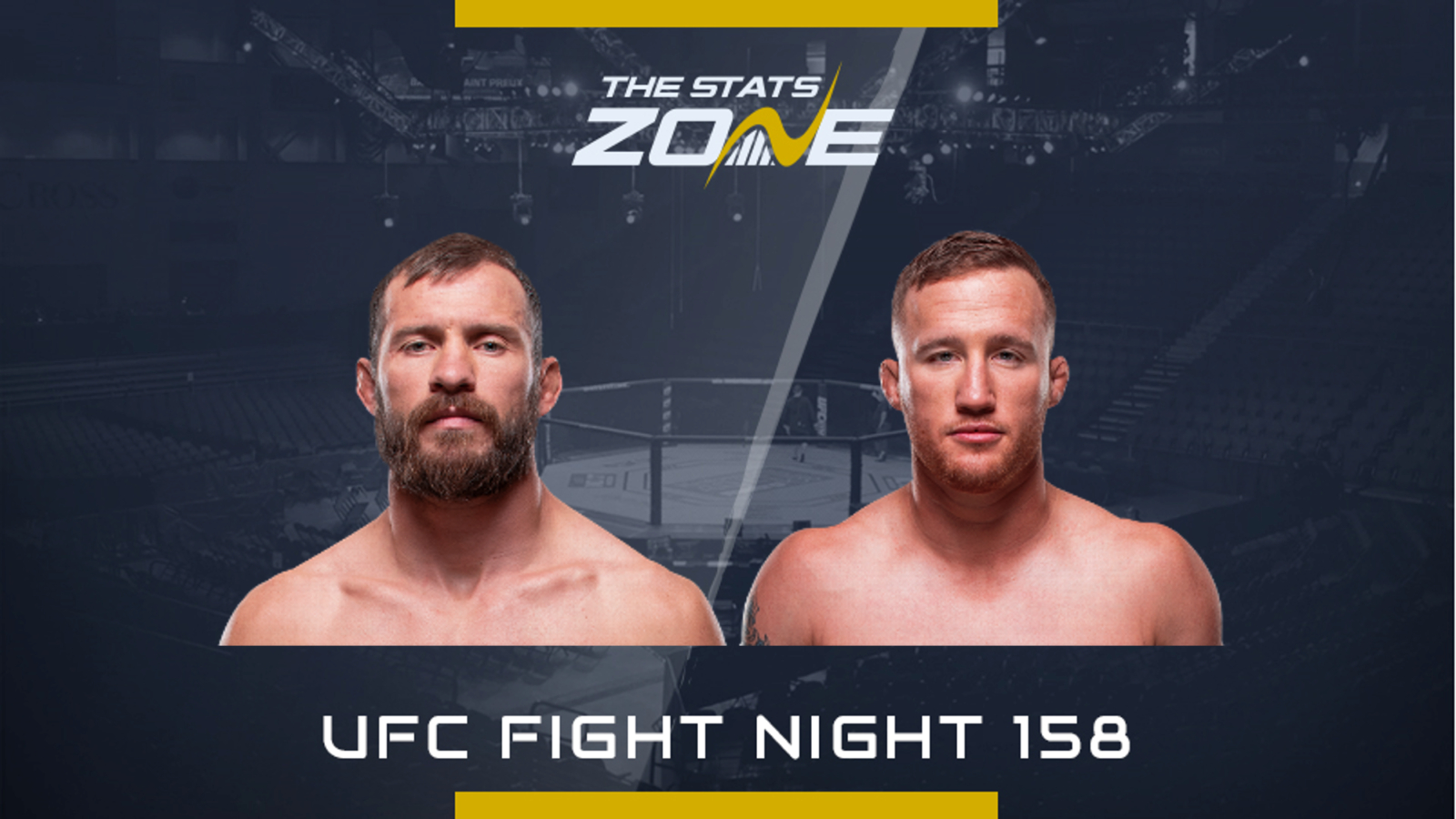 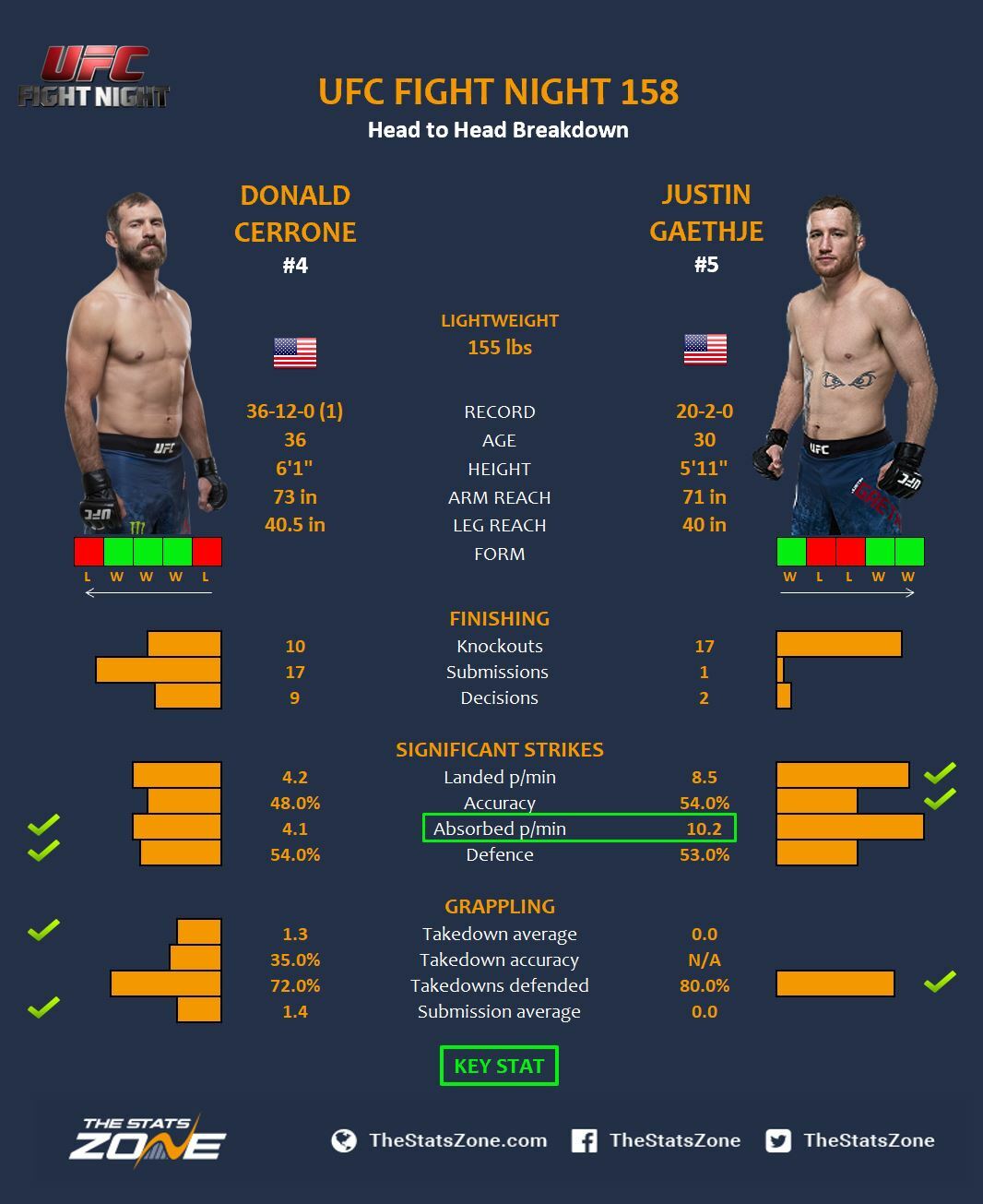 Donald Cerrone and Justin Gaethje provide an irresistible main event in Vancouver. Two ultra-aggressive top contenders who love nothing more than to put on violent extravaganzas will be sure to cap off the card and light up the Rogers Arena in style.

Cerrone is content putting on shows to please his fans and every other fan that appreciates Mixed Martial Arts. His longevity is extremely impressive, making his 33rd UFC fight, but his talents speak for themselves as he holds the records for the most wins, finishes, post-fight bonuses and knockdowns in UFC history. He only has tough fights and strung three impressive wins together in beating Mike Perry, Alexander Hernandez and Al Iaquinta but he is coming off a loss to Tony Ferguson.

Gaethje is one of few fan-favourites to rival Cerrone’s notoriety. Every fight is technical chaos and he maintained his reputation in his UFC debut by knocking Michael Johnson extending his unbeaten record and unholy knockout rate. However, he got a taste of his own medicine in getting knocked out by Eddie Alvarez and Dustin Poirier but got back to old ways in starching James Vick and Edson Barboza to set up this bout with Cerrone.

This is a mouth-watering match-up. Cerrone is phenomenal on the mat and Gaethje is an All-American NCAA Division 1 wrestler but as the stats show he has abandoned these skills to cause destruction on the feet which Cerrone will be happy to oblige in.

This should be a stand-up war with Gaethje having a power advantage and Cerrone a technique advantage. Gaethje will be wise to throw his thunderous leg kicks to slow Cerrone down and force the pressure. If Gaethje walks Cerrone down like he did Barboza he could easily overwhelm him and finish the fight quickly but Cerrone’s experience will be crucial.

Cerrone will be unfazed by Gaethje’s aggression and he will use his combinations when he gets room. A key stat here is Gaethje’s shots absorbed, which is over 10 significant strikes a minute. It has made him a fan-favourite - but if you eat 10 shots a minute against Cerrone you are going down.