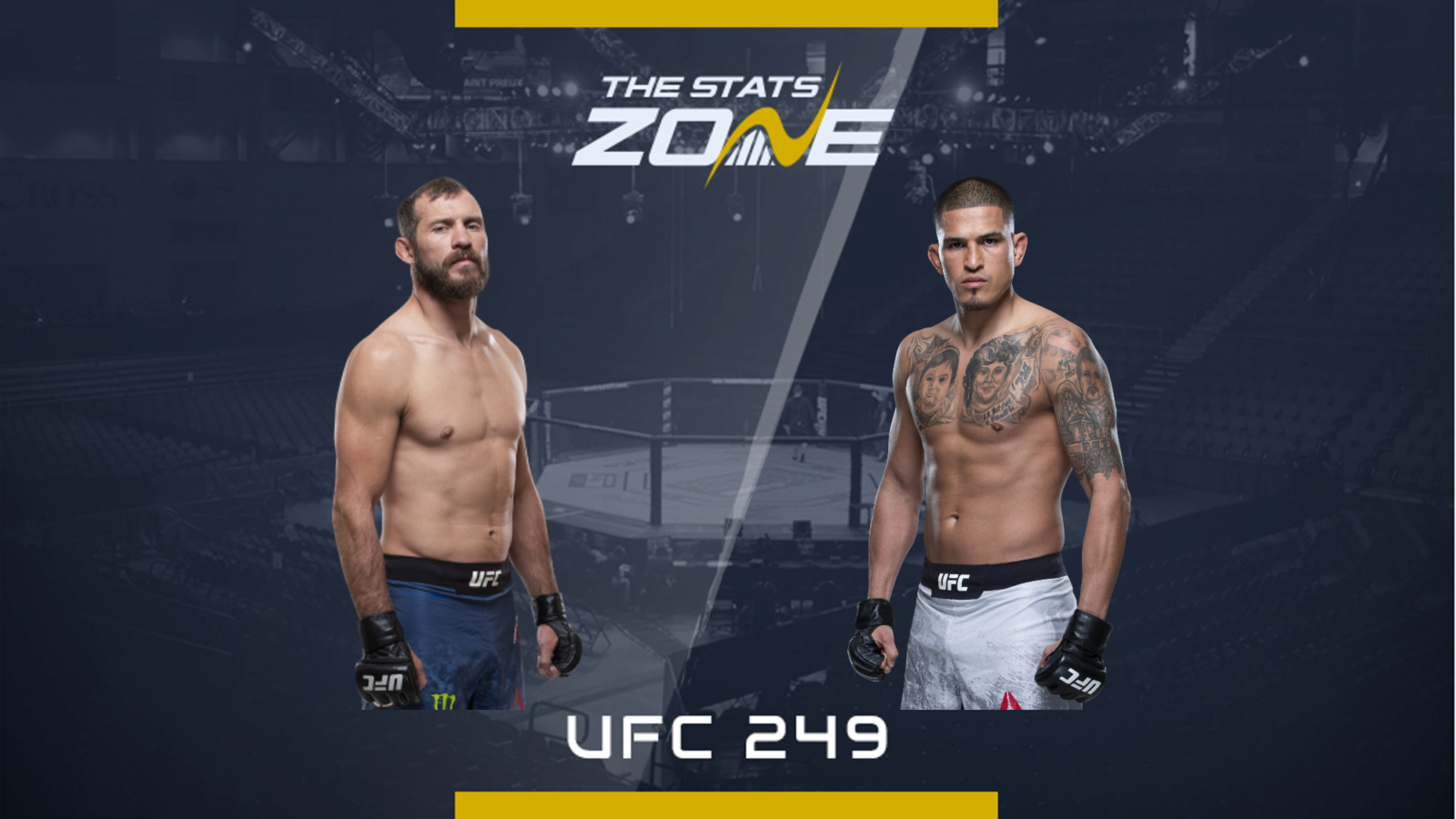 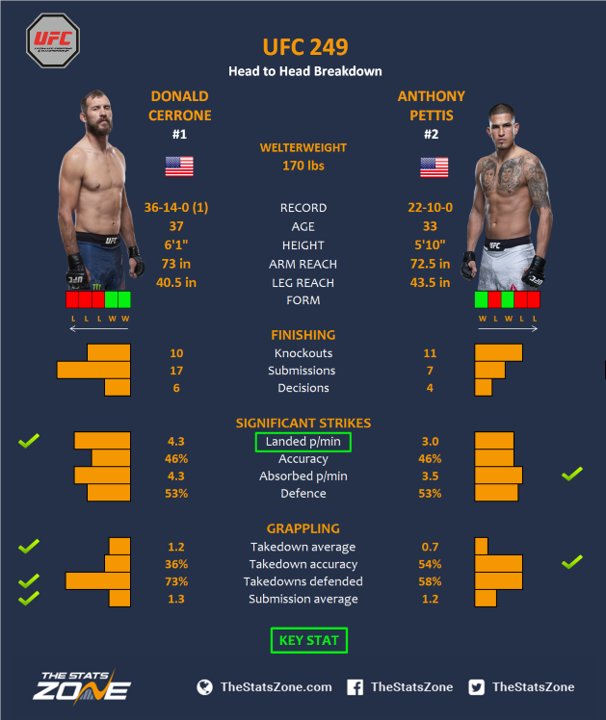 This fight represents a key moment in Donald ‘Cowboy’ Cerrone’s career as he needs to end the three-fight losing skid he is currently on. After consecutive TKO losses at the hands of elite opponents in Tony Ferguson, Justin Gaethje and Conor McGregor, Cerrone is arguably fighting for his future, and he simply has to put in a better showing than his hugely disappointing display in the 40-second loss to McGregor in January.

Anthony Pettis is also in desperate need of a win having lost his last two to Nate Diaz and Carlos Diego Ferreira, and he has lost eight of his last 12 bouts in the UFC. He has switched between Lightweight and Welterweight in the last couple of years and despite dropping to Lightweight for his last fight, he moves back up to 170 here as he tries to keep his career as an elite fighter alive.

This rematch has been seven years in the making as Anthony Pettis won the first bout between the pair back in January 2013 thanks to his superb leg kicks which paved the way for that victory. Their careers have taken different paths since that fight however and Cowboy has been the one fighting at the higher level. That said, his last performance against McGregor was one of his worst in years and has led to plenty questioning whether he still has the heart to fight at this level. The manner of that loss is likely to spark a reaction from him, but it may well lead to a more cautious approach from him. He will likely try to force the fight to the mat and rely on his superior grappling which he has done in previous bouts where he needed the win. It may not be as explosive as many expect, but as long as Cerrone comes in good shape and is sufficiently motivated, he can edge this one on points or potentially via submission.