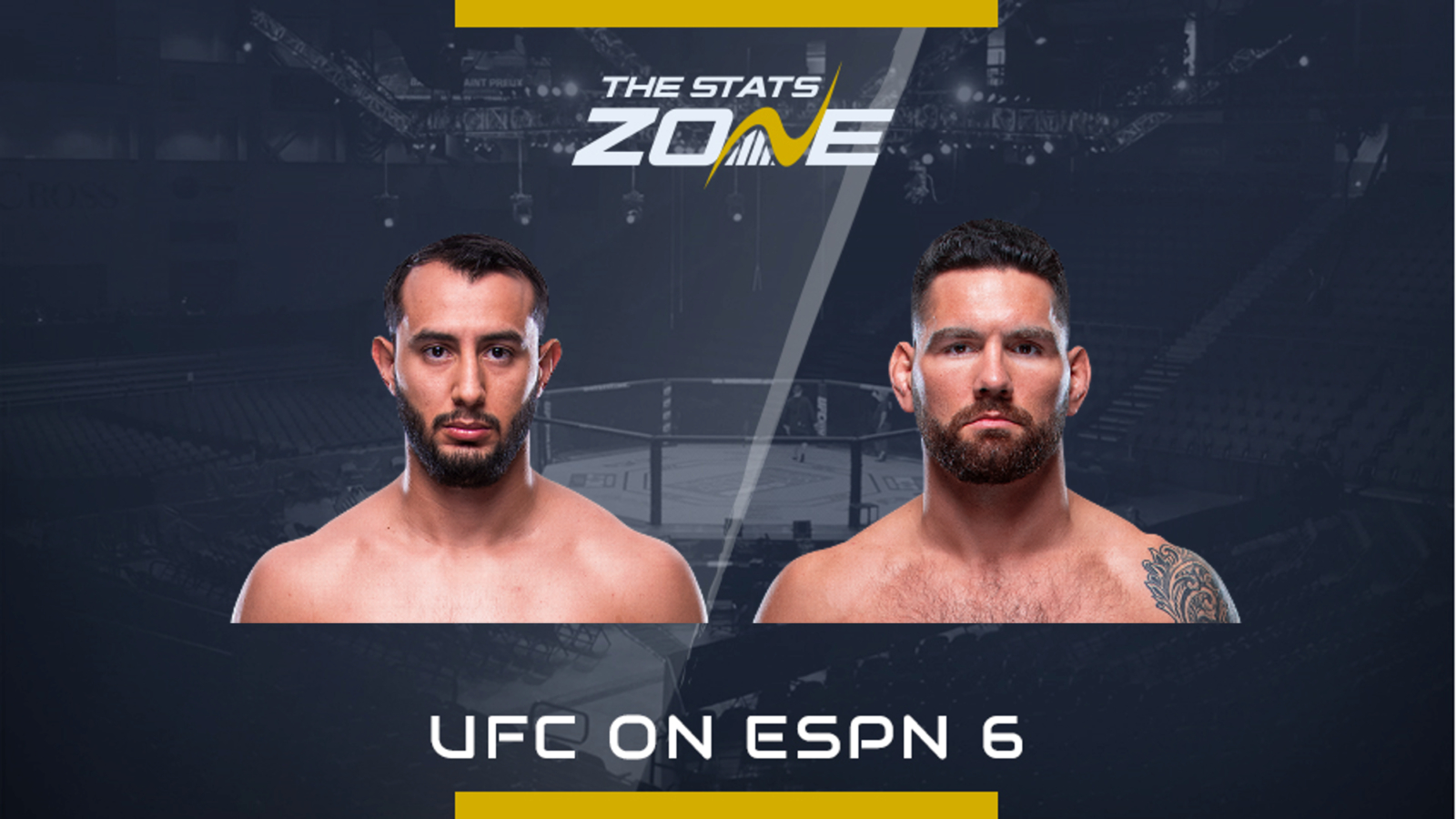 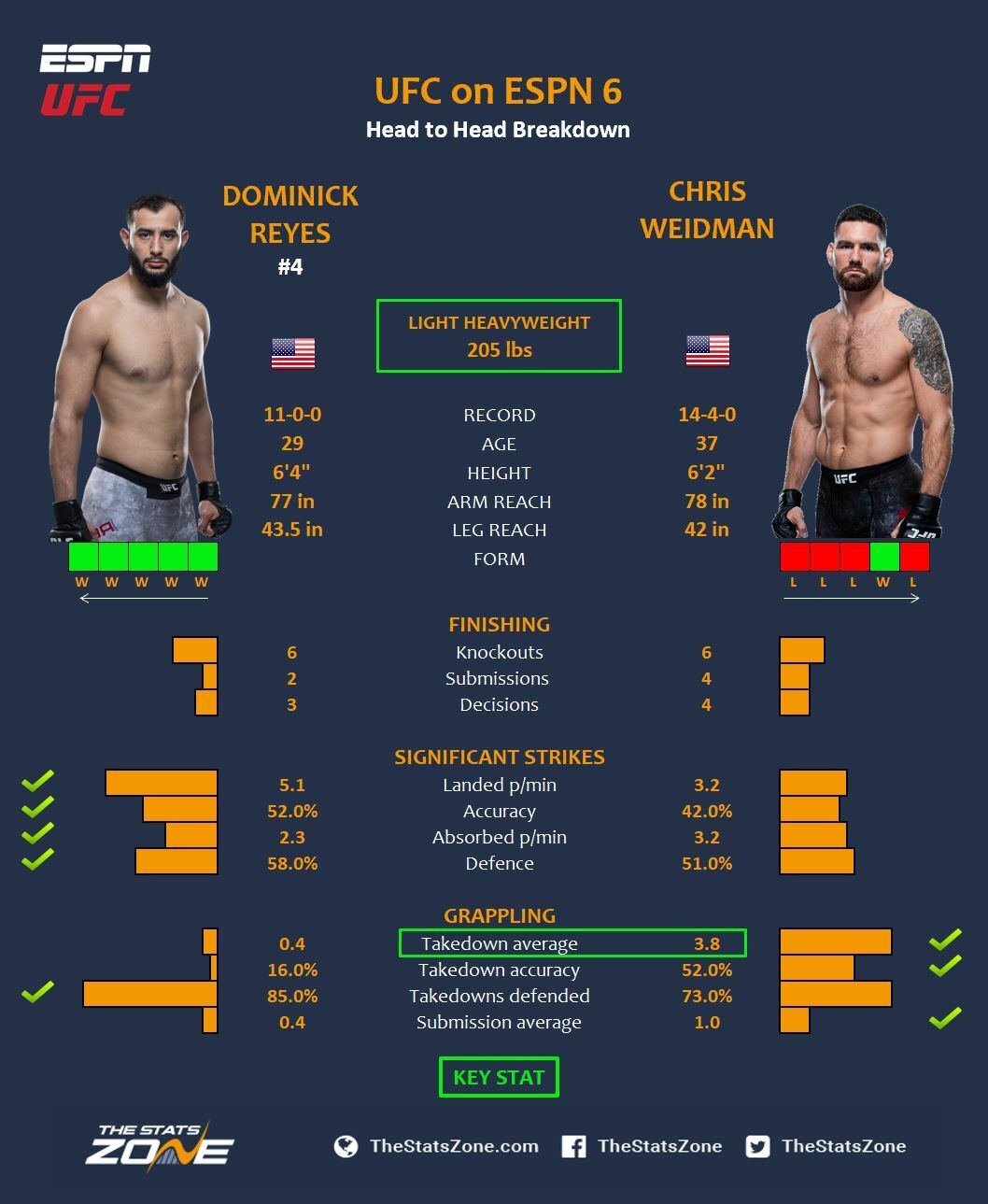 Chris Weidman is back after a year out and moves up to light heavyweight to get out of his rut. Welcoming him to the division is Dominick Reyes who is on fire and yet to taste defeat.

Reyes was 6-0 before entering the UFC still with everything to prove but he has passed every test so far with increasing difficulty. He knocked out Joachim Christensen on his debut and then went on to submit Jeremy Kimball before finishing Jared Cannonier with strikes. His last two fights have gone to decisions, however these were against top contenders Ovince Saint Preux and Volkan Oezdemir.

The former middleweight champion is suffering completely contrasting form, losing four of his last five. He got finished by Luke Rockhold to lose his belt and unbeaten record before getting kneed into a different realm by Yoel Romero and stopped by Gegard Mousasi. He bounced back with a dominant submission win but this was against Kelvin Gastelum who is half his size. Failing to gain momentum, Weidman then got starched by Jacare Souza and has since been on the sidelines with injuries.

Everyone has always been intrigued to see how Weidman will fare at light heavyweight. He is a big man and cuts a lot of weight to get down to 185 lbs which must have impacted his performances.

However, he has not been given an easy ticket, as Reyes is a beast on the feet and continues to improve his all-round game. He will look to exploit Weidman on the feet and has every skill to do so. He won’t have the reach advantage, but Weidman will be wise to avoid any exchanges and resort to his bread and butter.

Weidman has to look to take Reyes down. He is one of the best wrestlers in the UFC and in desperate need of a win. Reyes’ route to victory is picking him apart from range with head and leg kicks. If Weidman executes a game plan, though, he will be able to remind everyone of his grappling credentials.