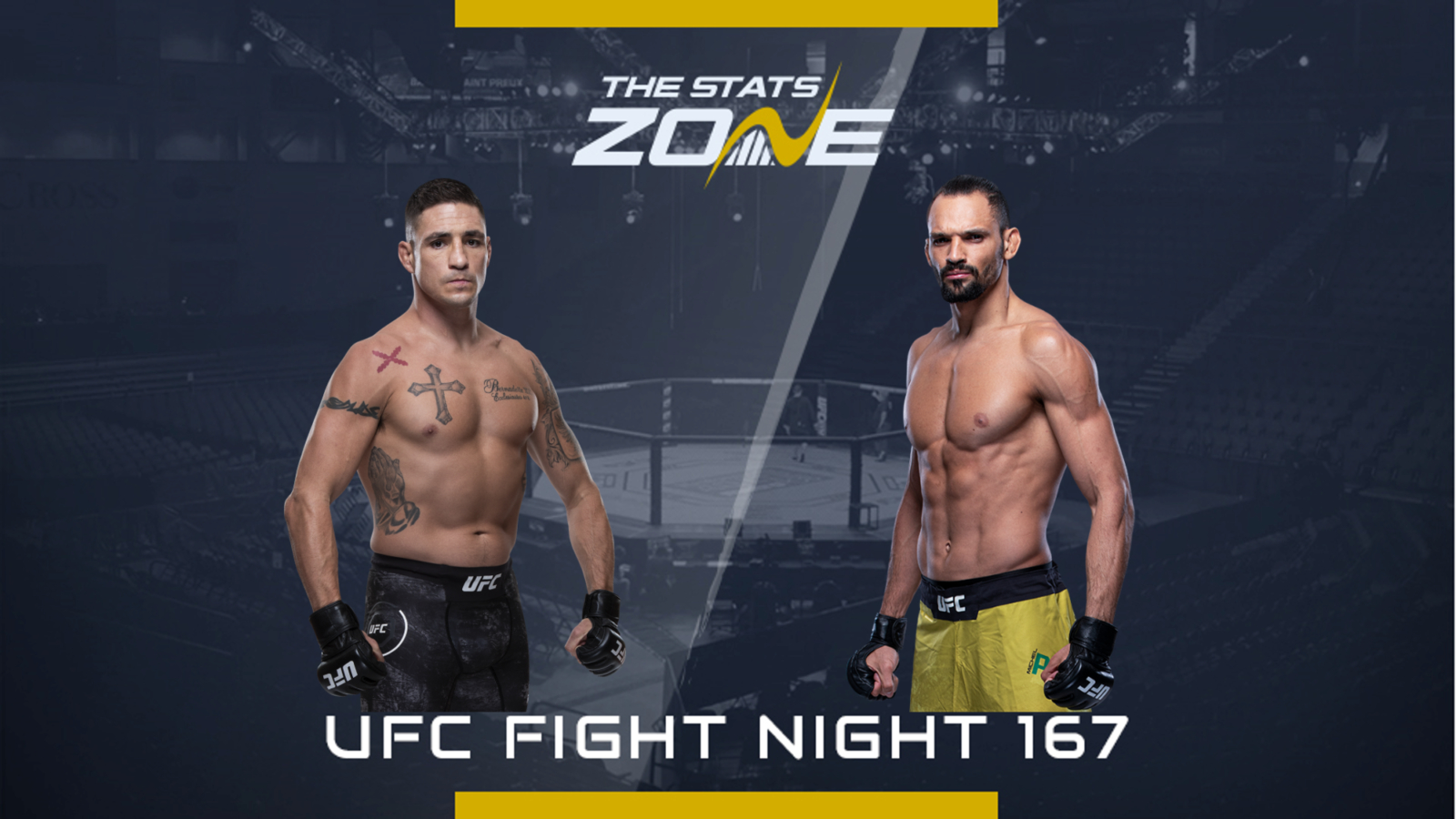 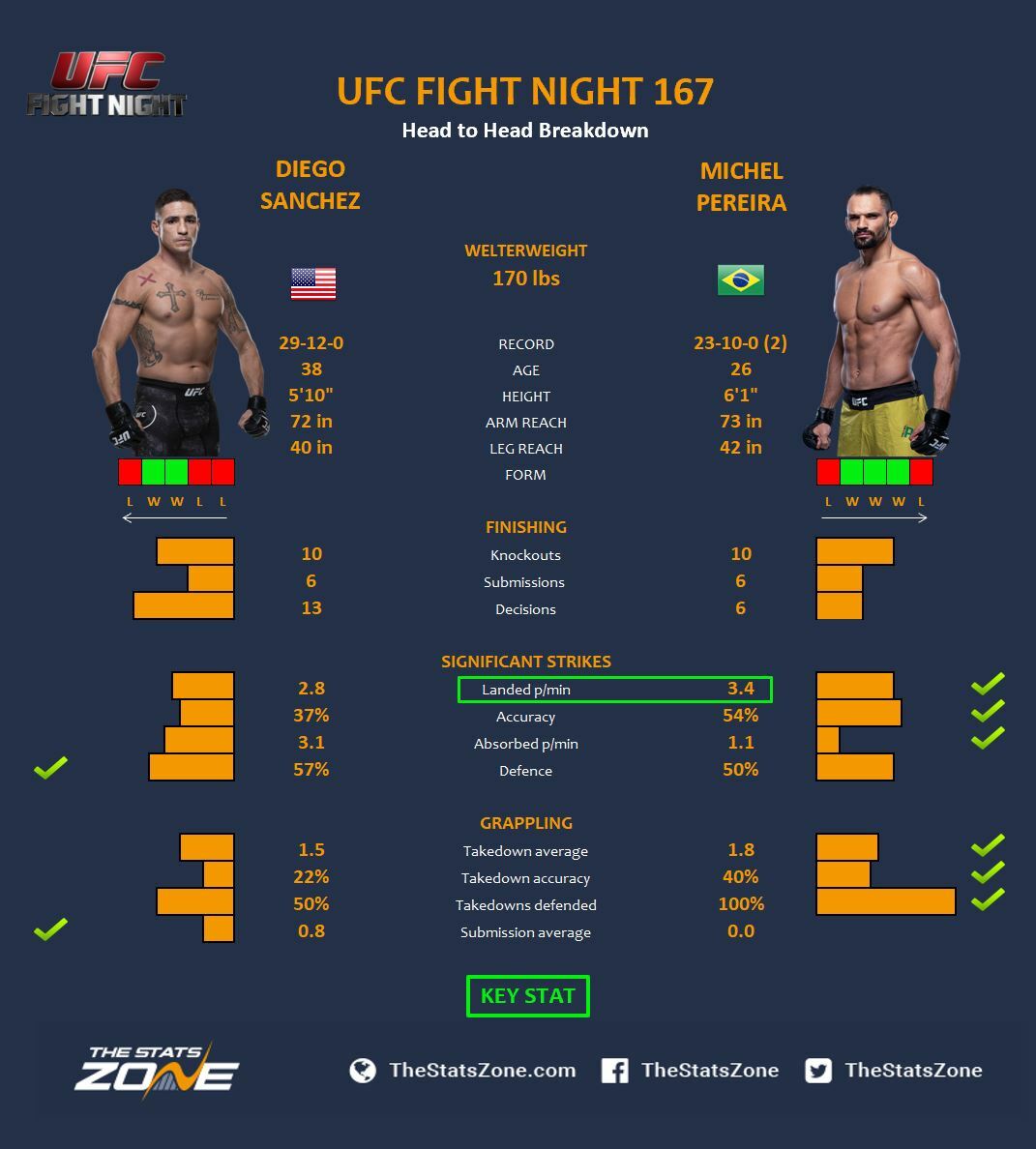 The co-main features a thrilling match-up as the showman Michel Pereira takes on the veteran Diego Sanchez.

Barring Georges St Pierre, who is inactive, Sanchez is the longest-serving fighter on the roster, making his debut all the way back in 2005 on the very first Ultimate Fighter series which he won by finishing Kenny Florian. He has gone 18-12 sharing the cage with the true greats of the sport. It is an achievement in itself to keep slugging it out at this level but he is still winning. He earned a unanimous decision over Craig White and put on a vintage performance and TKO over Mickey Gall. However, he is coming off a decision loss to Michael Chiesa, where he was completely undersized.

Pereira is experienced but a UFC rookie and it showed in his last outing. After putting on a performance against Danny Roberts that was nothing short of spectacular, short-circuiting him with a flying knee and right hand, he took on Tristan Connelly, who is a lightweight, on short notice. Pereira got too cocky by showboating with unnecessary gymnastics which caused him to gas out quickly, leaving the door open for Connelly who cruised the last two rounds.

Pereira threw away the fight with Connelly, taking him for granted and emptying his gas tank, and if he does the same again he will be in for a punishing lesson. If he doesn’t conserve his energy and fight smart, Sanchez will school him and suffocate him with relentless grappling. Sanchez has all the experience and is a cardio machine but Pereira’s last performance was a reality check and with a solid game plan he should use his significant power and size advantage to finish the veteran.