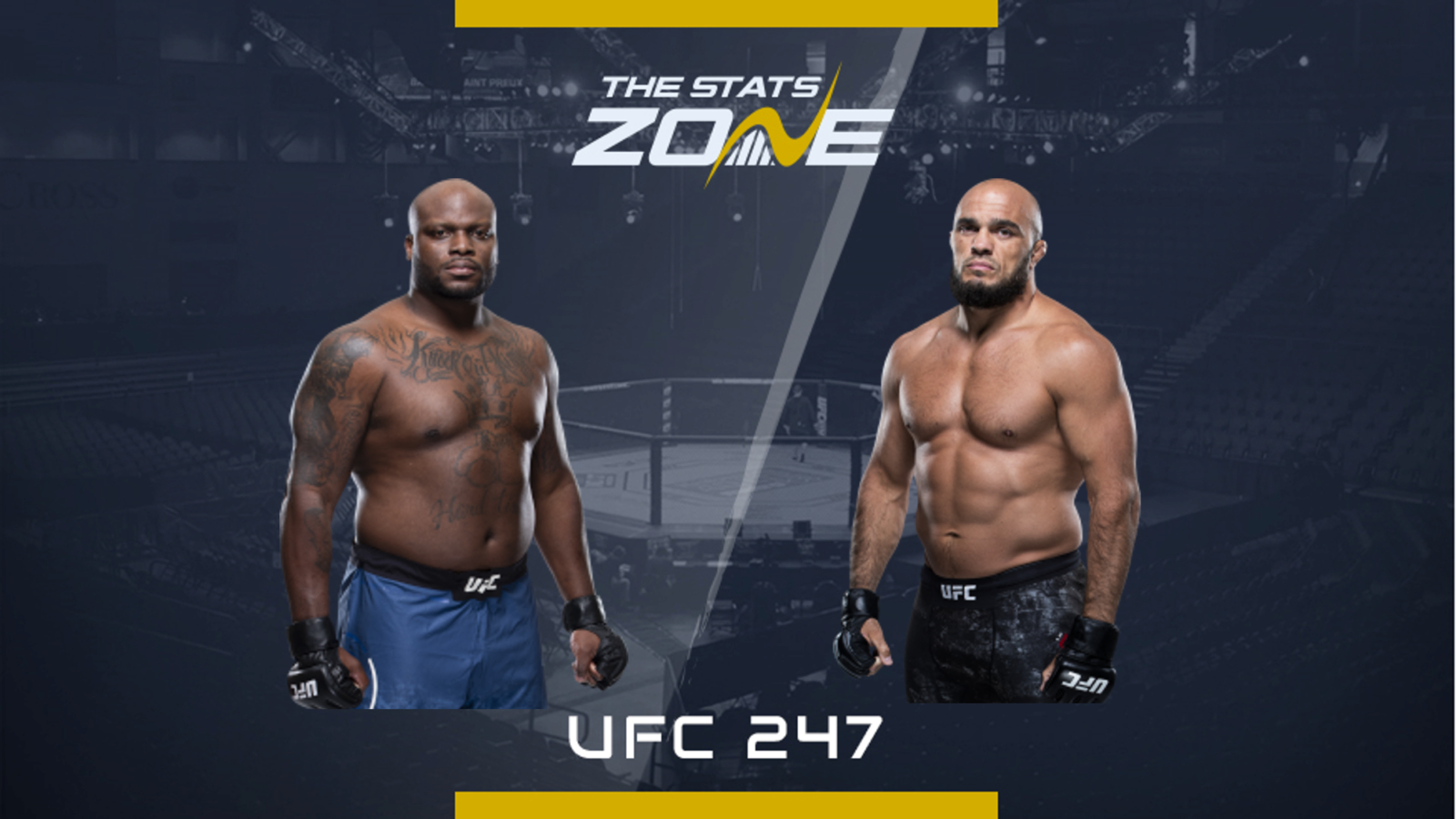 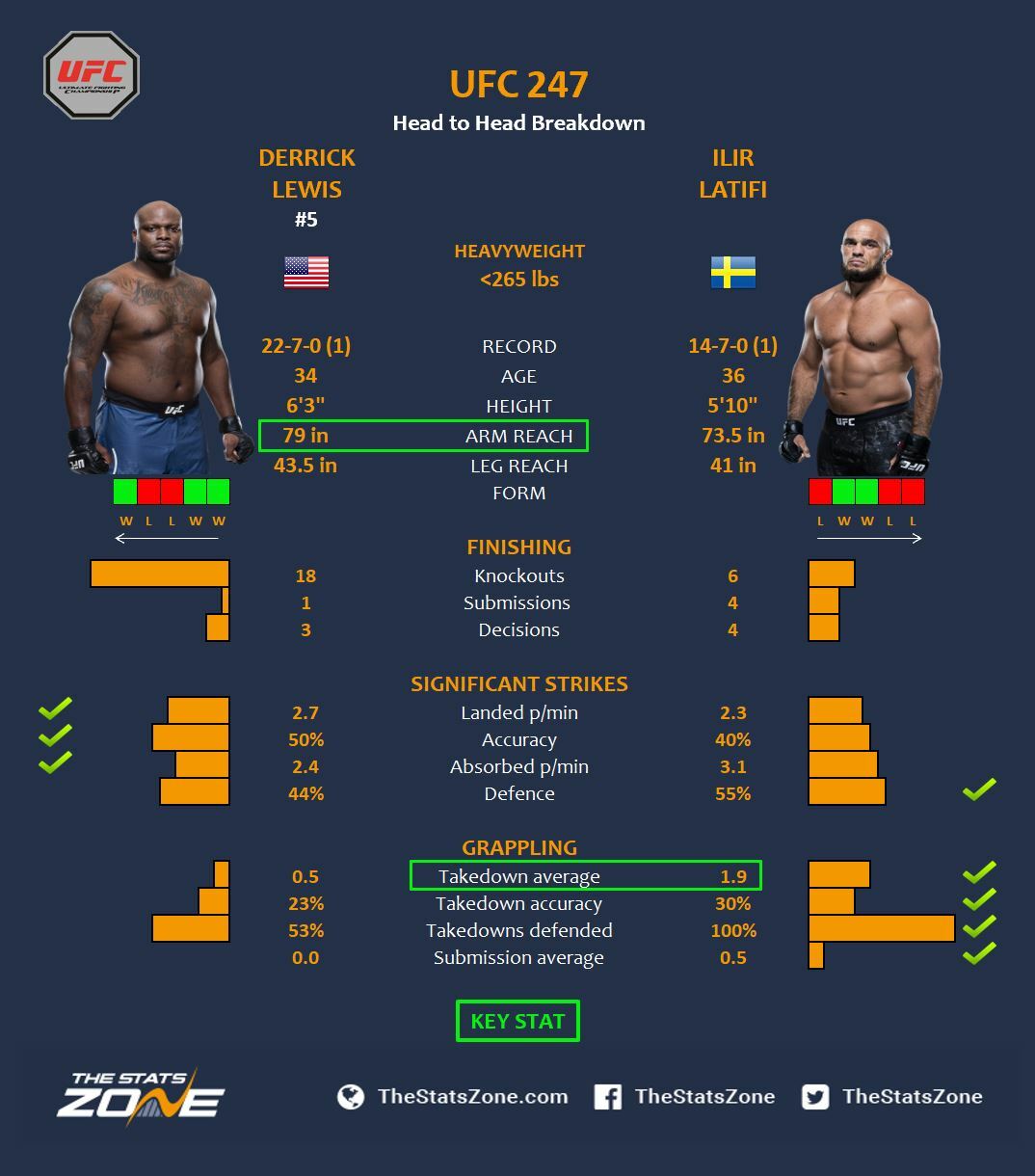 The main card for UFC 247 starts with a bang as Houston’s adopted son Derrick Lewis welcomes Ilir Latifi to the heavyweight division.

Lewis’ form has been inconsistent, but he consistently delivers knockouts. After stealing Alexander Volkov’s win with a huge late knockout, Lewis suffered two losses albeit to two former champions. He got dominated and eventually submitted by Daniel Cormier in a title fight and got finished by Junior dos Santos. He was then handed another tough match-up in the form of Blagoy Ivanov and just about squeaked out a decision victory to get back in the win column.

Lafiti has also struggled for consistency. He has all the tools but does not always show up, with his cardio often letting him down. After earning a decision over Tyson Pedro and pulling off a phenomenal performance and guillotine over Ovince Saint Preux he has suffered two losses. A decision to Corey Anderson and a knockout at the hands of Volkan Oezdemir, which has led him to trying his hand in the heavyweight division.

At heavyweight, Latifi is going to be even more explosive. He has thunderous power but as he is up against a knockout artist with a five and a half inch reach advantage, he would be wise to call upon his grappling.

Latifi is an incredibly strong grappler and even represented Sweden in submission wrestling so he has to try and tie Lewis up and negate his strengths. This is not an easy assignment for Lewis, and his motivation will have to be high for this one, but fighting in Houston should bring out the best in him.