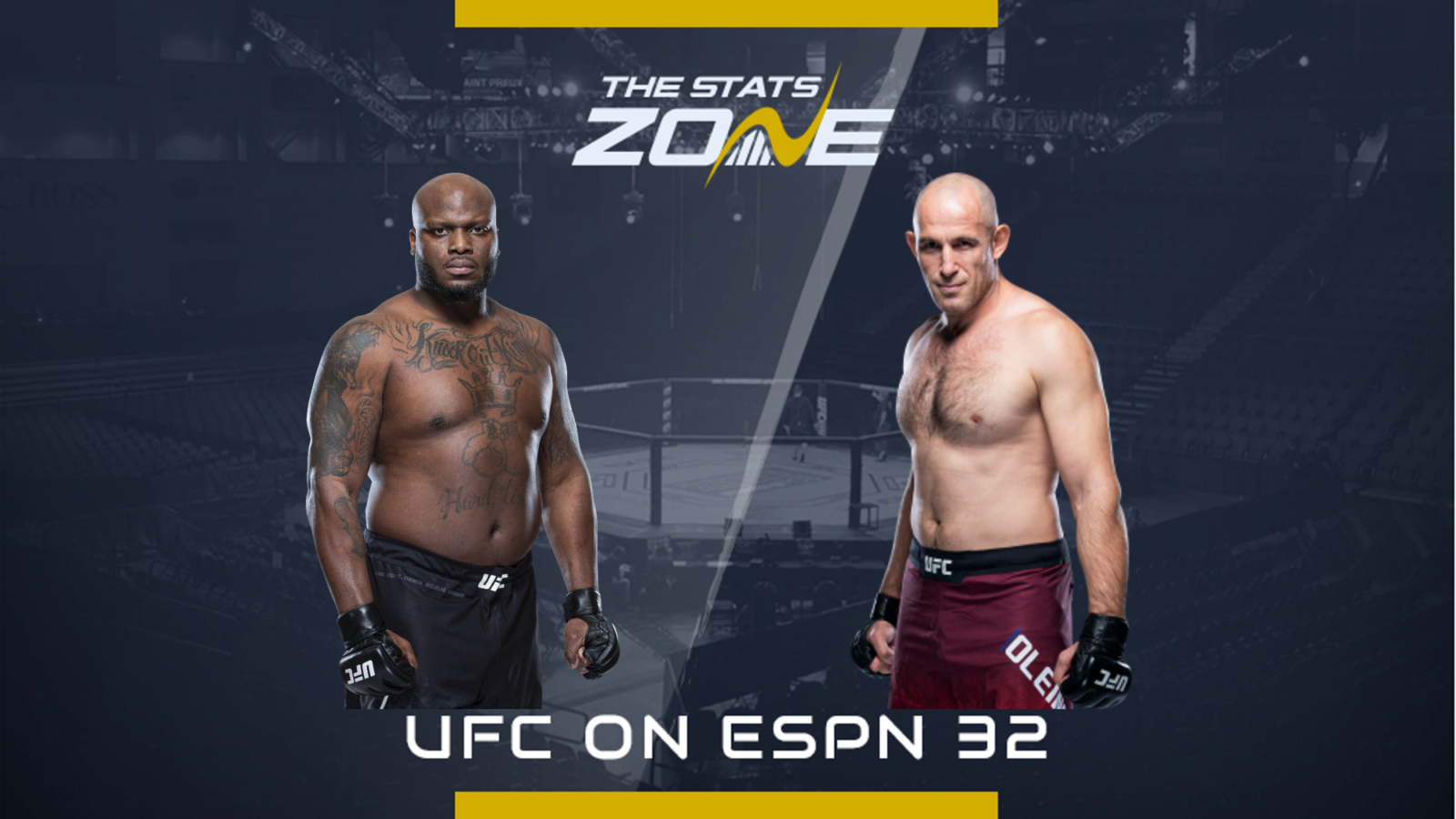 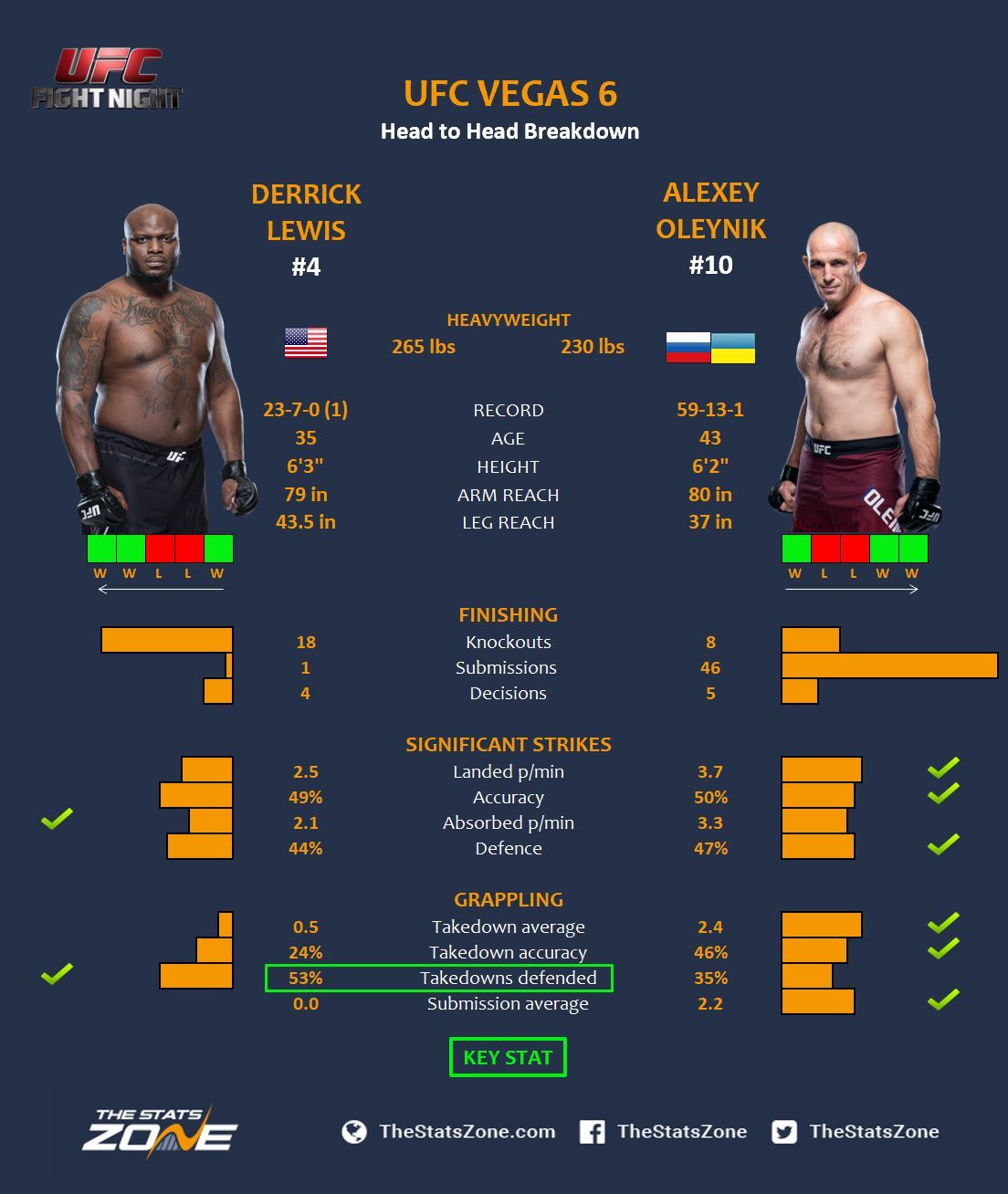 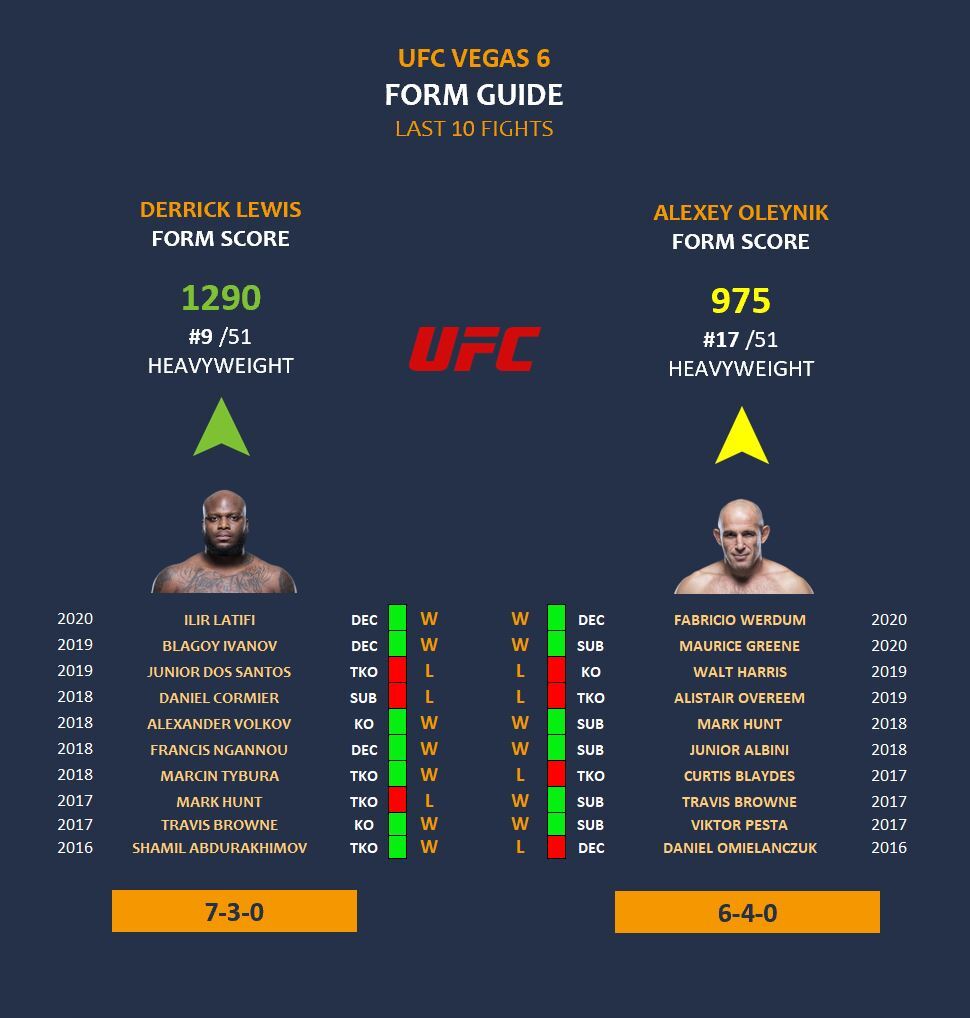 Derrick ‘The Black Beast’ Lewis makes his second outing of 2020 and is steadily climbing back up the form table coming off two decision wins over stocky grapplers Blagoy Ivanov and Ilir Latifi. These wins came in response to two ruthless finishes. Firstly, his title shot with Daniel Cormier who submitted him with ease and then a knockout in March last year courtesy of one of the best boxers in the division Junior dos Santos.

Lewis meets another grappler, but Alexey 'The Boa Constrictor' Oleynik is a wily old submission specialist with a staggering 46 subs. He is also coming off two wins in response to two losses. His losses were knockouts at the hands of Alistair Overeem and Walt Harris, but he is also back up the form table with a submission over Maurice Green and a tight decision over former champion Fabricio Werdum.

Considering Oleynik’s submission skills, this should all come down to Lewis’ takedown defence which is very strong. Oleynik is an unorthodox striker but very effective when the exchanges get loose and scrappy.

However, the stand-up battle will be controlled by Lewis who will conduct a slow tempo looking for that killer blow and if the fight does slip into a brawl, Lewis should punish Oleynik in brutal fashion.

So, if Oleynik can take Lewis down, expect him to wrap up a submission but the game plan for Lewis is clear and one he has a lot of practice in. If he keeps the fight standing, expect a slow fight but over five rounds, he only needs to find the chin once.