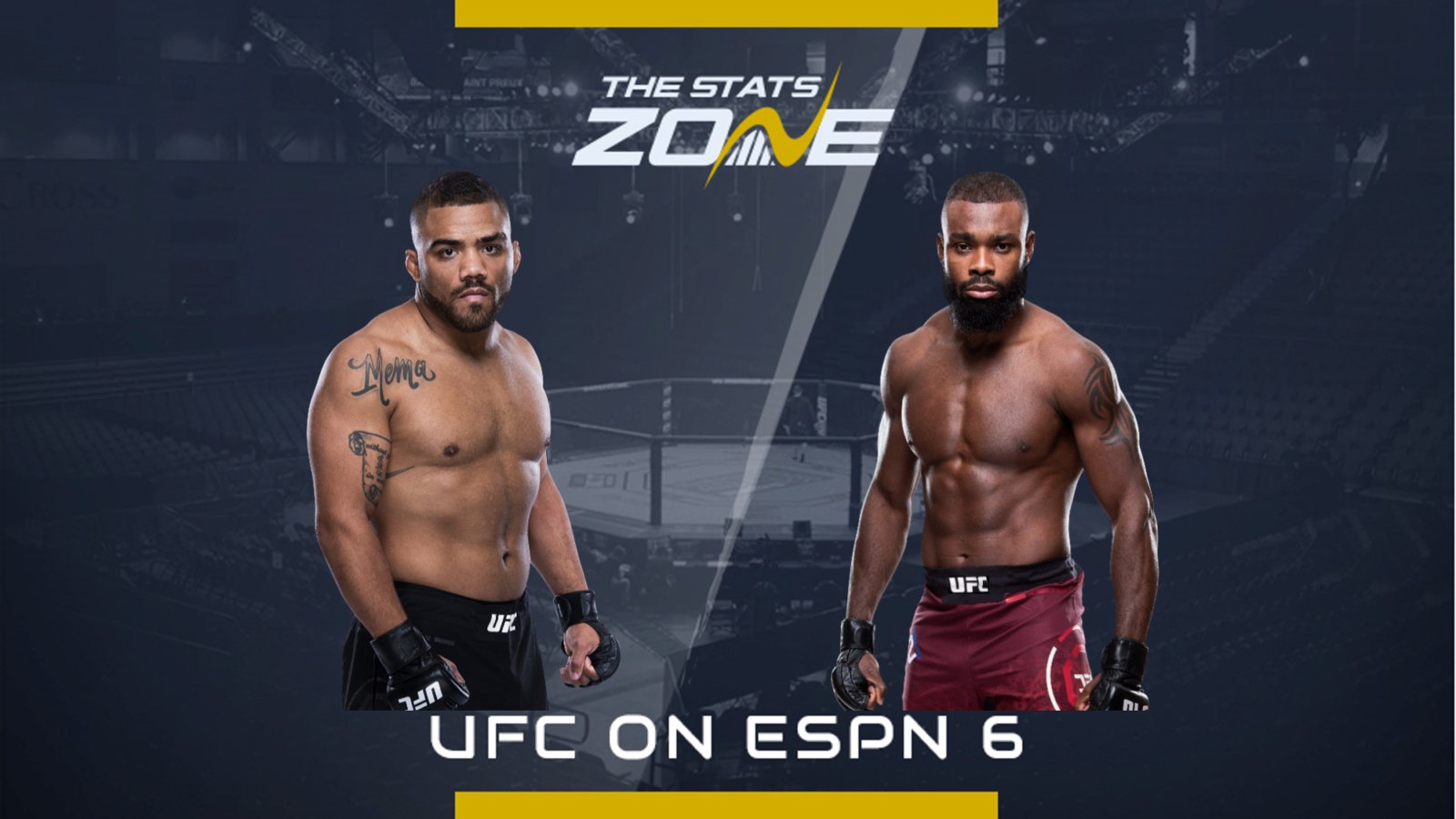 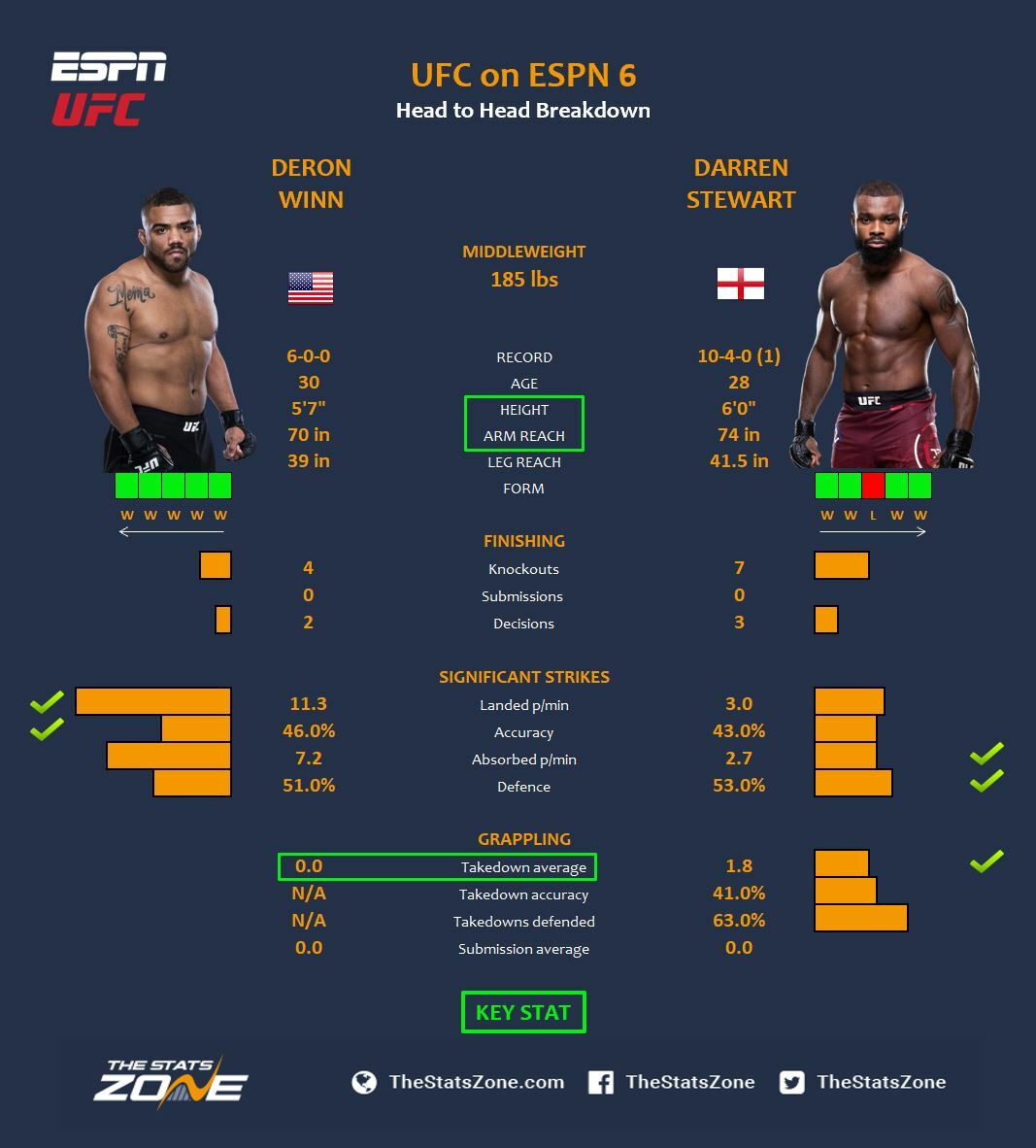 Winn is an interesting prospect. He has the skill set and team to rise to the very top of the UFC but is content with being completely undersized. It seems to work for him though, standing at 5’7” and even competing up at light heavyweight he cuts barely any weight and has looked great in every fight so far with improving striking to compliment his immense wrestling base.

Although more experienced, Stewart is still trying to realise his potential. He is a legit knockout artist and lived up to his reputation in his UFC debut against Francimar Barroso, but his knockout was overturned to a ‘no contest’ due to an accidental headbutt. He then responded to three losses in a row with two vintage TKO wins but was out-grappled again by Edmen Shahbazyan. Now he is coming off a hard-fought decision over Bevon Lewis and desperate to make it two wins in a row,

Winn looked great in his fight with Eric Spicely, displaying his stand-up skills. However, Spicely is not a striker and if he decides to stand with Stewart, he is getting knocked out. Stewart is a devastating and technical striker from a strong Taekwondo background and with a huge height, reach and size advantage, so Winn will be foolish to trade with ‘The Dentist’ regardless of how successful he was in his last fight.

That said, Winn will surely come up with a strategy with his teammates at AKA and resort to his bread and butter. Do not let the stats of his fight with Spicely fool you, as while his striking excelled there it his exceptional wrestling which will be used to control Stewart for three rounds to pick up a decision.