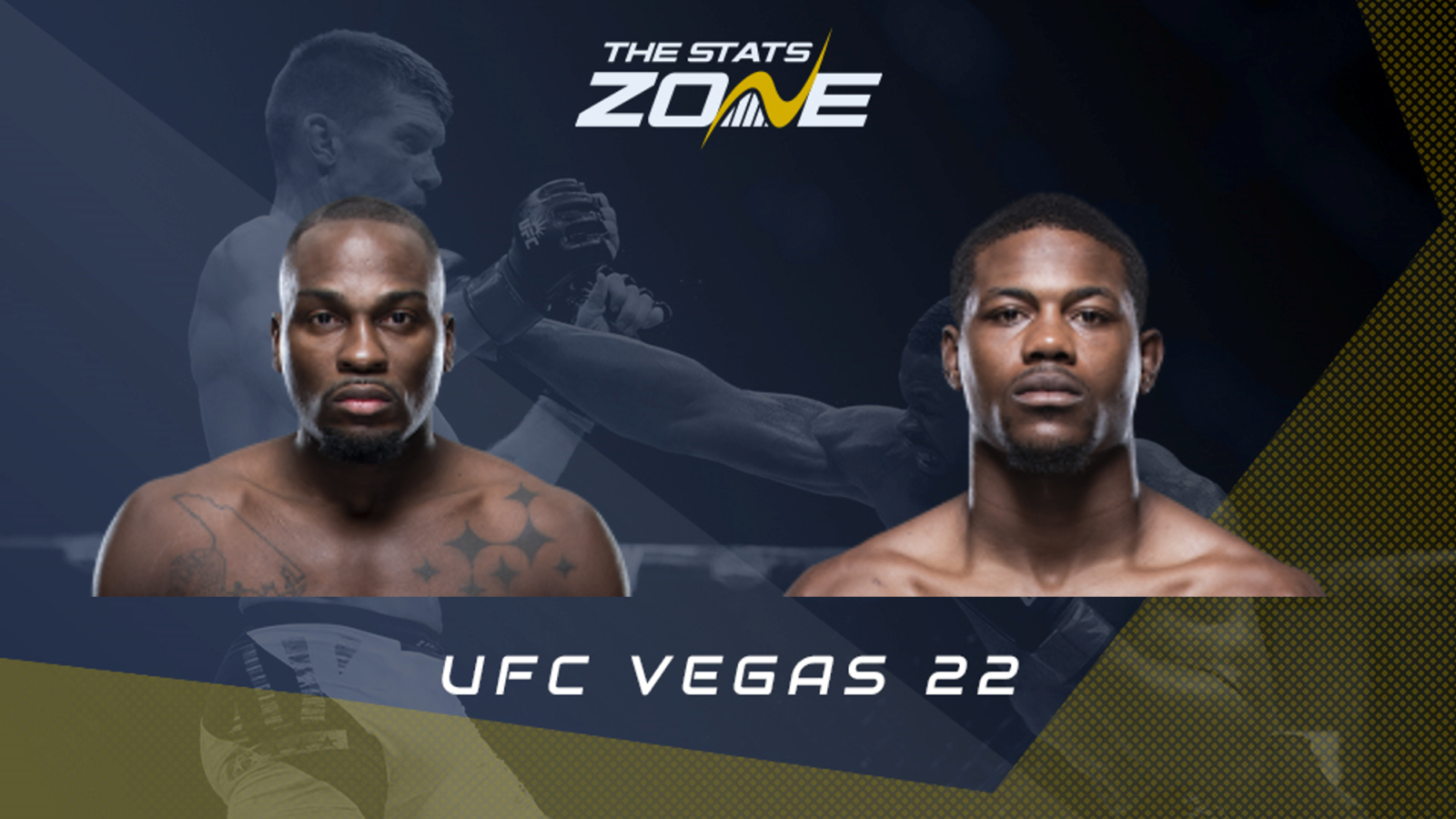 Where is UFC Vegas 22? UFC APEX, Enterprise, Nevada (US)

Where can I get tickets for UFC Vegas 22? Click here for the latest ticket information for UFC events

Where can I stream UFC Vegas 22? BT Sport subscribers can stream the fight online via the BT Sport website

Derek Brunson (21-7) walks out for his 18th UFC fight and looks the best he has looked in a long time. He has compiled some very impressive streaks in the UFC including outpointing Lorenz Larkin and then knocking out Ed Herman, Sam Alvey, Roan Carneiro and Uriah Hall a few years ago. That streak got brutally ended by Robert Whittaker with his trademarked head kick combo and then Anderson Silva made it two losses in a row with a unanimous decision. Brunson then got back to old ways ruthlessly knocking out Dan Kelly and Lyoto Machida. However, his glaring weakness in the UFC has been his consistency going on to lose two more in a row. They were to killers Jacare Souza and Israel Adesanya, but they were weak performances by his standards. However, the veteran is a lot more calculated now and earnt brilliant unanimous decisions over Elias Theodorou and Ian Heinisch and followed that up by schooling the biggest prospect in the middleweight division at the time – Edmen Shahbazyan. Brunson took him down, beat him up and secured a third-round knockout.

Kevin Holland (21-5) is in the form of his life as he seems to keep pushing up his ceiling of potential. He has been the most active fighter in the UFC since his debut in 2018 where he stepped up on short notice to take on Thiago Santos. It was a valiant effort taking the former title challenger to a decision and his only other setback after that was a submission loss to Brendan Allen in 2019. That broke a three-fight streak, and he has already built a five-fight streak since. He knocked out Anthony Hernandez and Joaquin Buckley before scraping past Darren Stewart in a close split decision and then injured Charlie Ontiveros with a slam before his biggest win to date – an incredible knockout of Souza whilst sitting on the floor.

Holland tied the record of the most wins in a calendar year with five last year overshadowing Brunson’s form, but we cannot forget Brunson’s new cerebral approach. His consistency has prevented him for breaking into the top tier and that is because he cannot help himself by recklessly swinging for a knockout with his chin exposed especially once he starts to get hit.

If any of the old Brunson turns up, Holland will pick him off with ease but if he fights smart, he will give him his hardest fight. Holland has also shown inconsistency falling on the right side of a few split decisions but when he has been on, he has been on.

Brunson can win this fight by being patient with a grappling heavy approach, but he has to stick to a game plan for five rounds. However, when there is a bit of beef, Brunson tends to throw a game plan out the window which will favour Holland and his mouth.

There is also a feel about Holland at the moment where he seems to be putting everything together and finally putting more into his training camps. So, we are backing Holland for another impressive performance, but this is tough to call considering how good they have both looked.