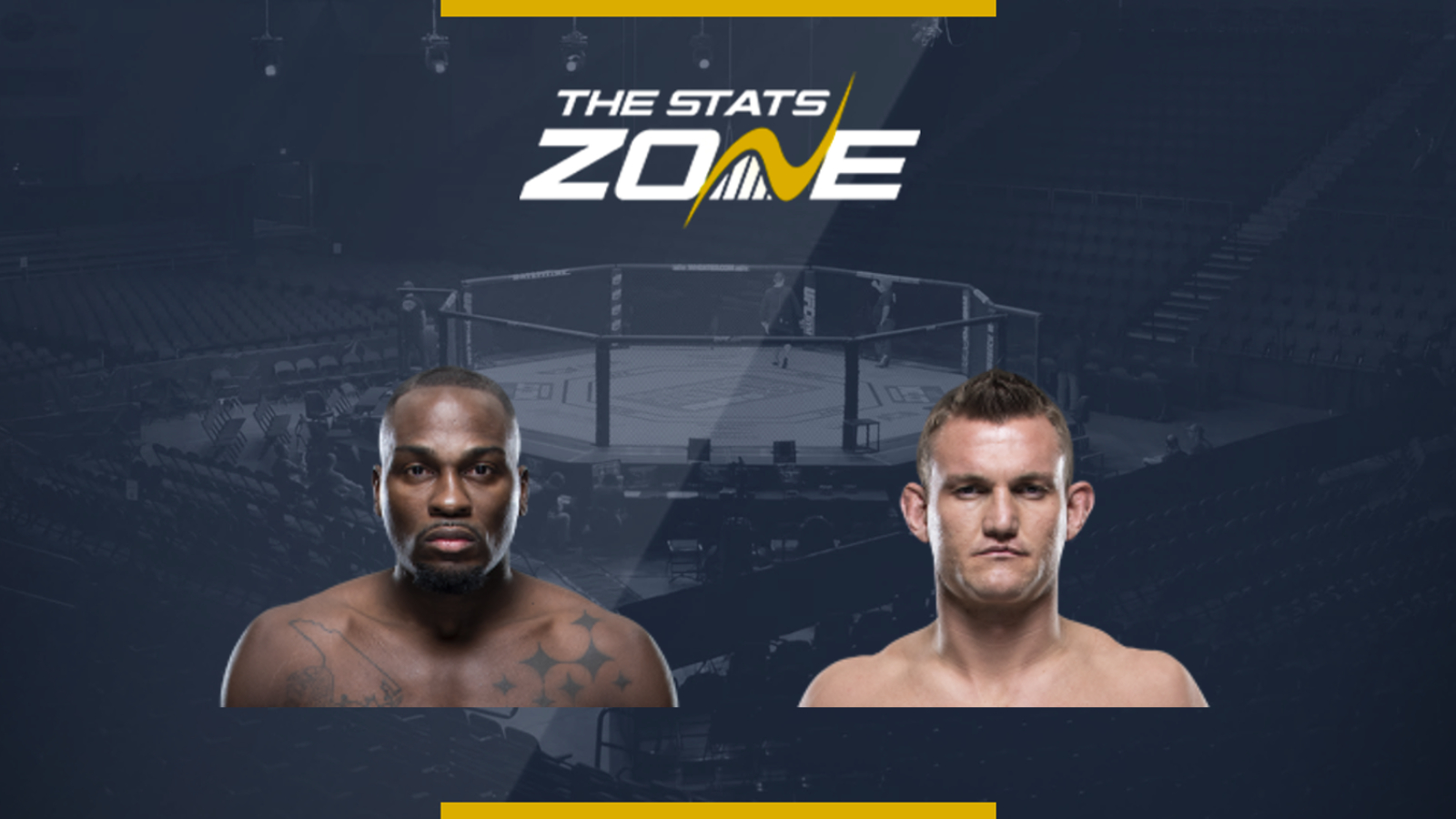 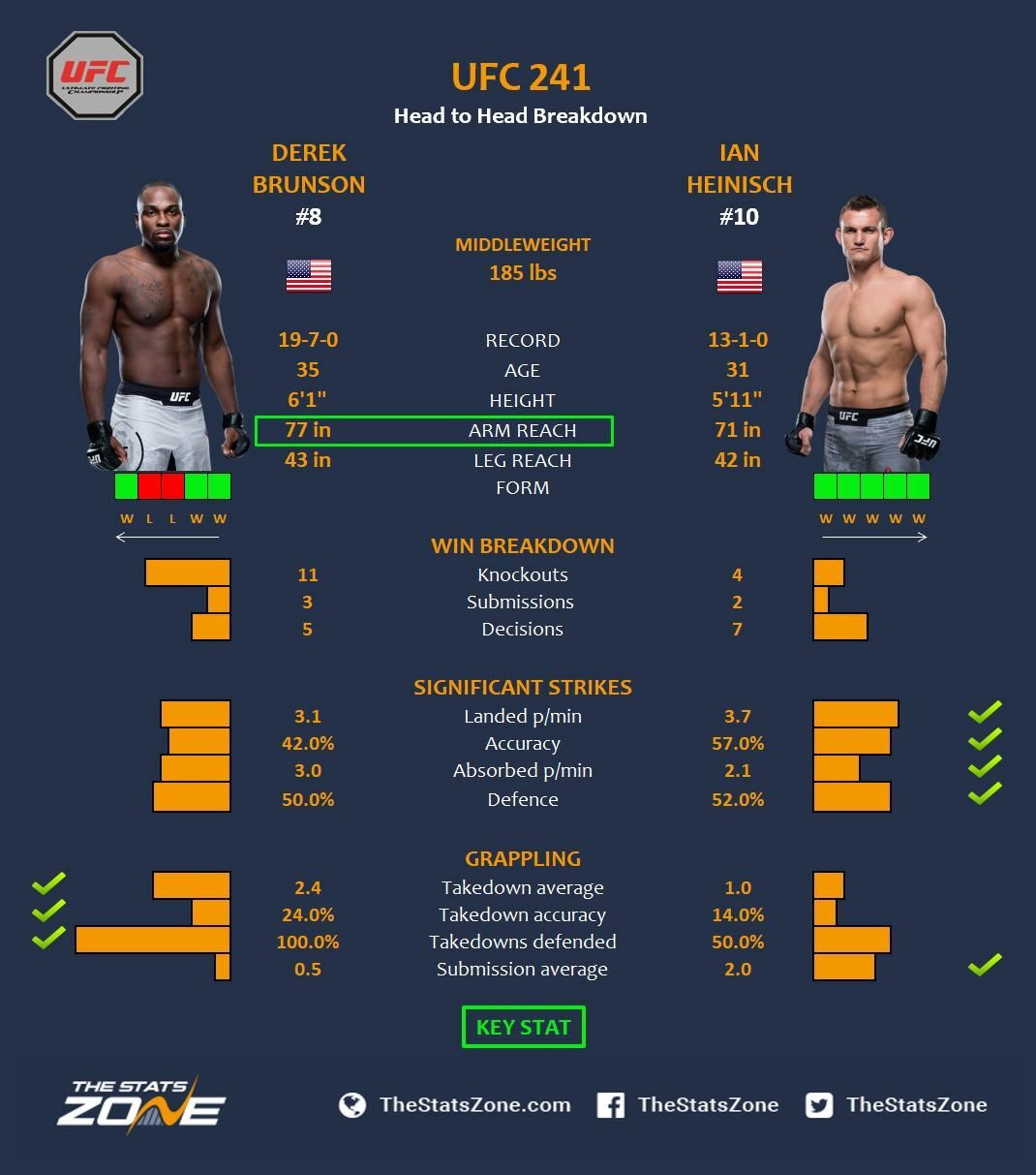 Derek Brunson and Ian Heinisch kick off the main card in Anaheim hoping to join the queue of middleweight title contenders, but only an impressive finish will get them in line.

In Brunson’s last fight against Elias Theodorou many felt Brunson needed exactly that to pick up the win. Theodorou’s awkwardness led to many dull decisions but uncharacteristically, Brunson kept his composure and implemented a game plan to beat the Canadian at his own game. It was an impressive performance after two crushing knockout losses to Jacare Souza and Israel Adesanya.

Heinisch is also coming off an impressive decision. He took on Brazilian jiu-jitsu ace Antonio Carlos Junior and stifled his grappling remarkably. This was an incredibly tough assignment for a second UFC bout but he proved he is up to the standard and has earned a completely different opponent, stylistically, but just as tough.

They are both great wrestlers, especially Brunson, but we are likely to see explosive exchanges on the feet. Heinisch has a monstrous over-hand right which has put many foes to sleep and his aggression is likely to coax Brunson out into his natural brawling habitat.

Brunson packs so much power he does not need to land often to finish but when he smells blood he becomes wild and unorthodox, neutralizing his reach advantage, which will leave the door open for Heinisch to connect.