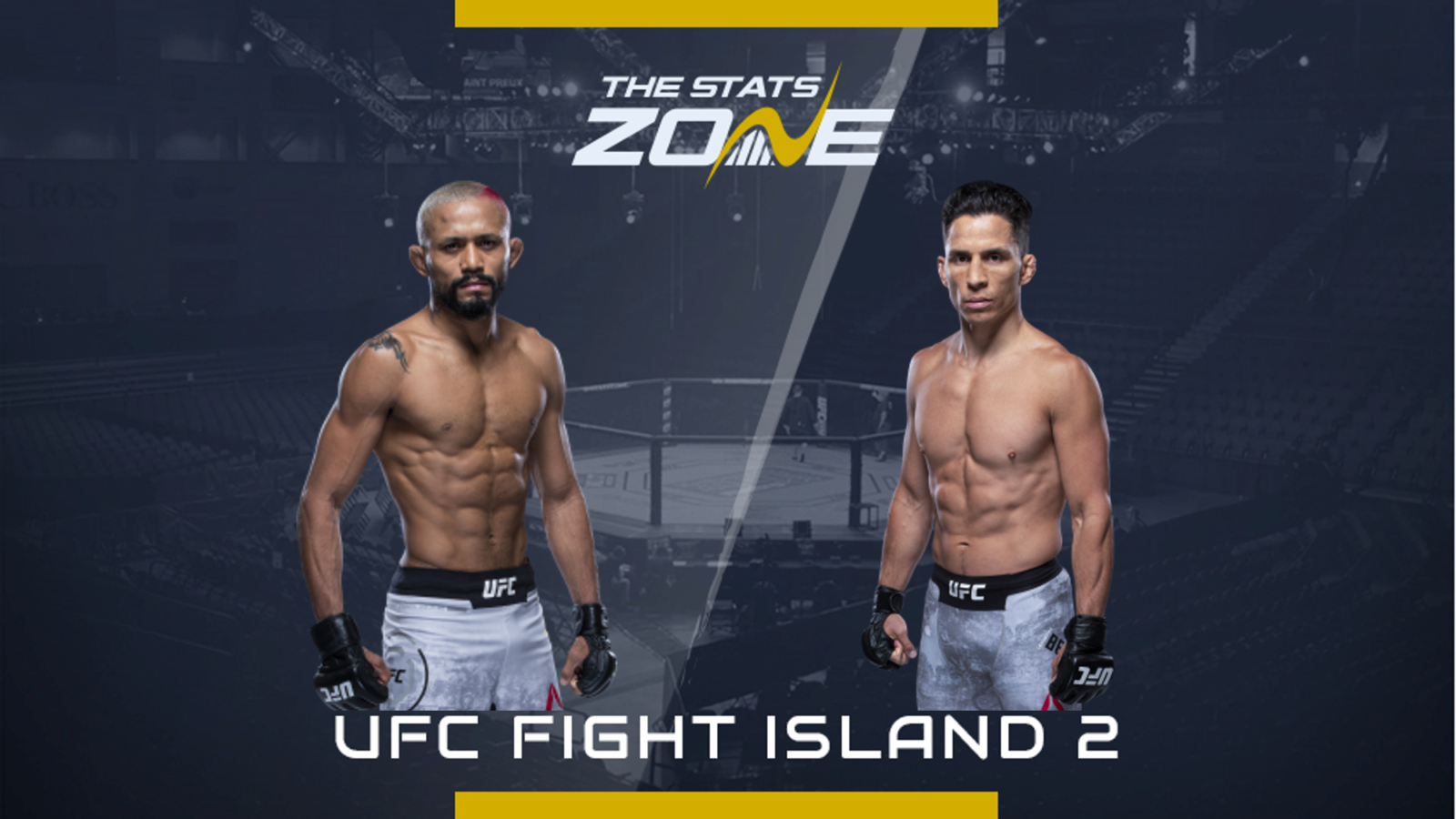 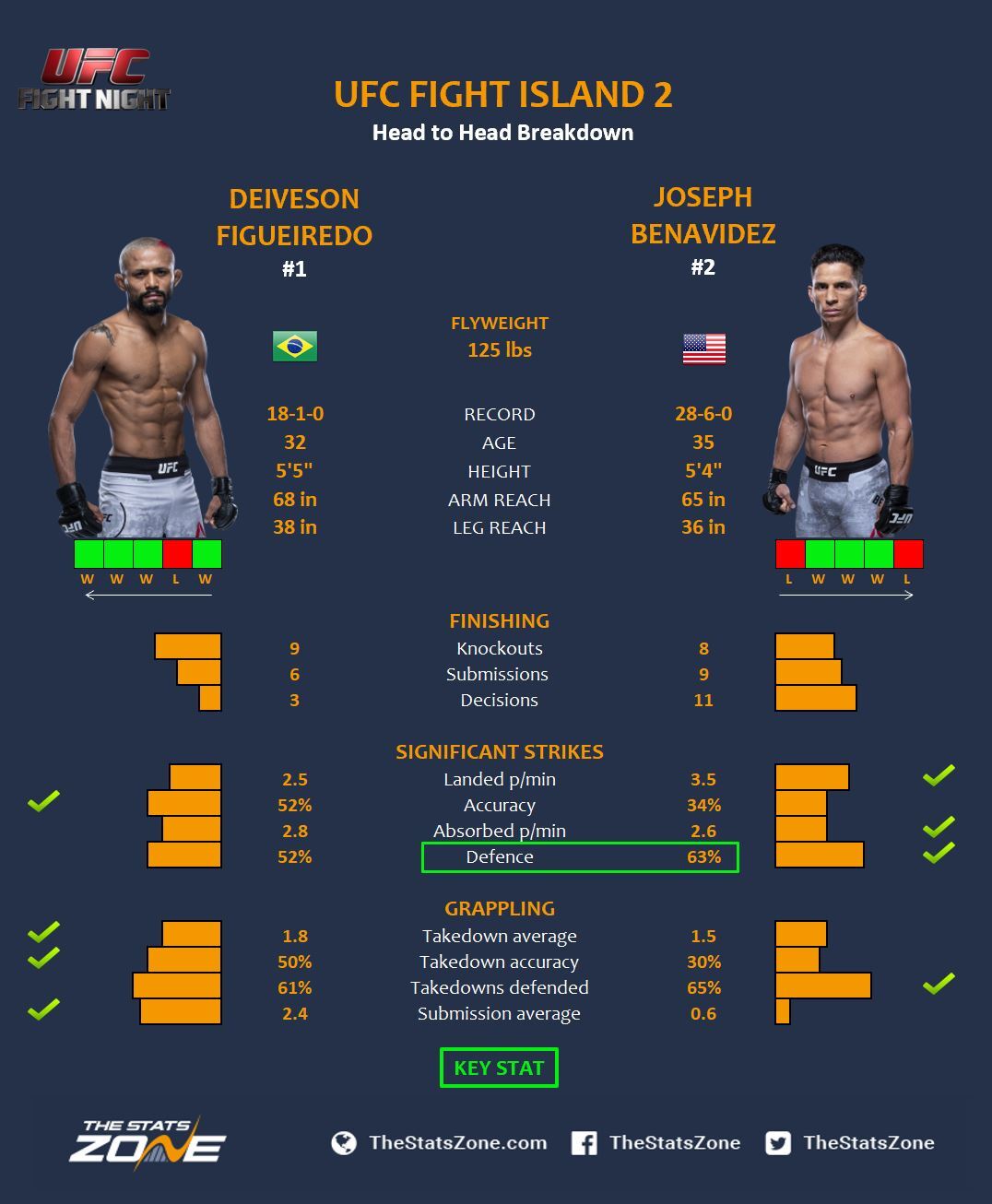 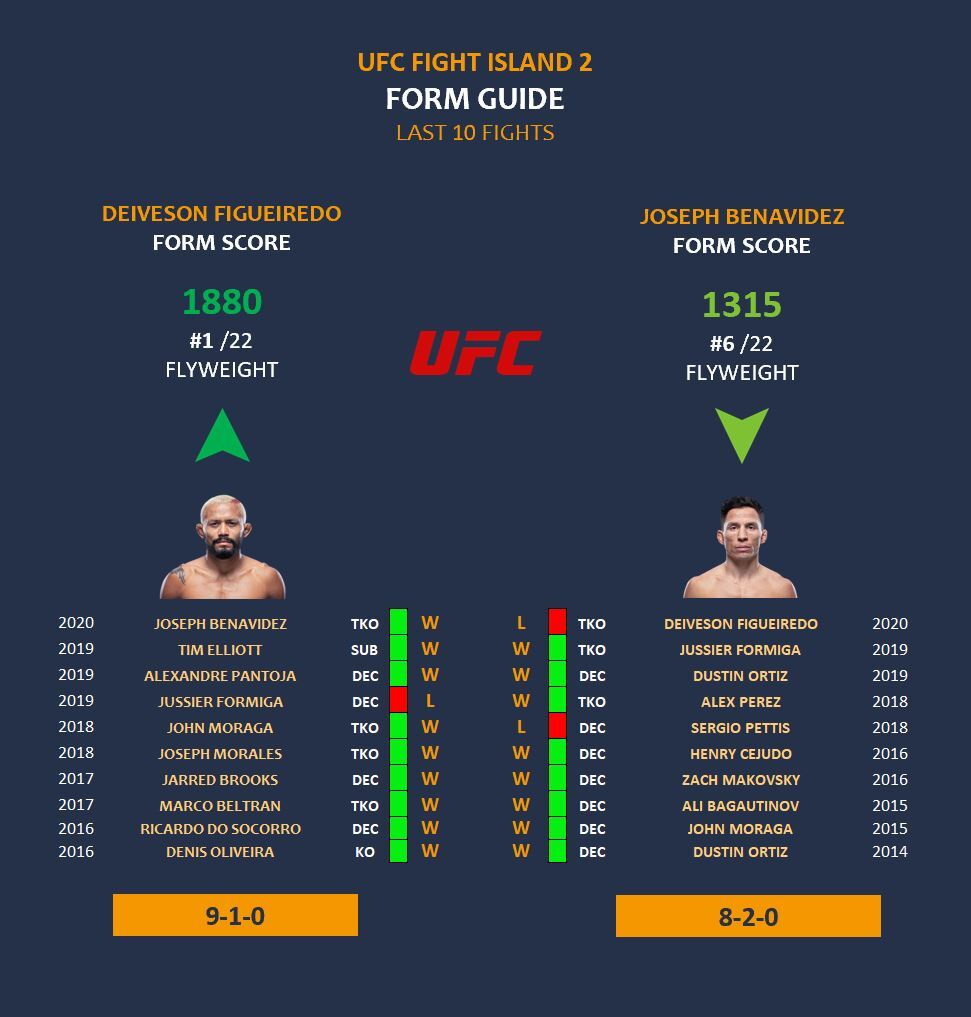 Deiveson Figueiredo and Joseph Benavidez meet once again for the vacant flyweight title. Figueiredo took home the spoils back in February but not the belt as he missed the 125 lb mark.

A UFC title has eluded Benavidez his whole career and it seemed like he missed his last chance, but the UFC has gifted the veteran another opportunity. He has been a perennial top contender his whole career in the UFC and although he is coming off that knockout loss, he is the sixth most in form flyweight with four of his eight wins in his last 10 being over top 10 ranked opponents.

Figueiredo sits right at the top of the form table and he will still be kicking himself that he missed weight. Especially as he looked dominant against Benavidez handing him his second knockout loss and now has to fight him again knowing Benavidez will be putting absolutely everything into his last shot at gold.

Figueiredo looked great in the last fight but the tide certainly turned after an accidental clash of heads. The Brazilian landed 25 significant strikes (51%) accuracy and a takedown to Benavidez’ 44 (48% accuracy) but the difference was Figueiredo’s power.

The question will be how Figueiredo’s preparations have been especially after complications with his COVID 19 test. He has made weight this time, but the cut would have been difficult.

Even without a clash of heads, we could easily see a repeat of the first fight with a Figueiredo knockout or we could see Benavidez use all of that experience to adapt and execute a strategy to put the Brazilian away or grind out a decision. Anything can happen and if Benavidez can get past the first two rounds you would back him for a decision but Figueiredo’s power may just be too much again.