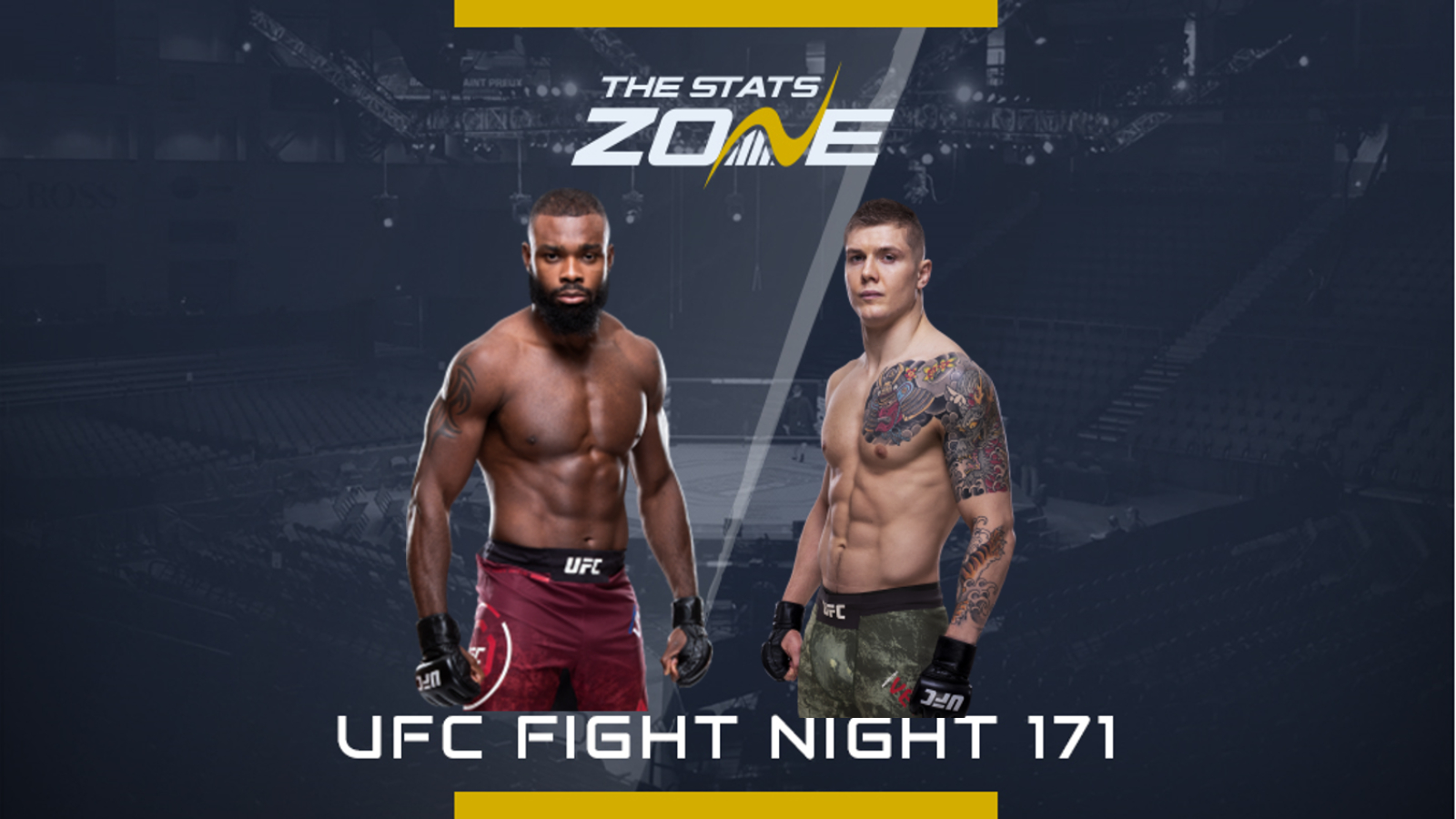 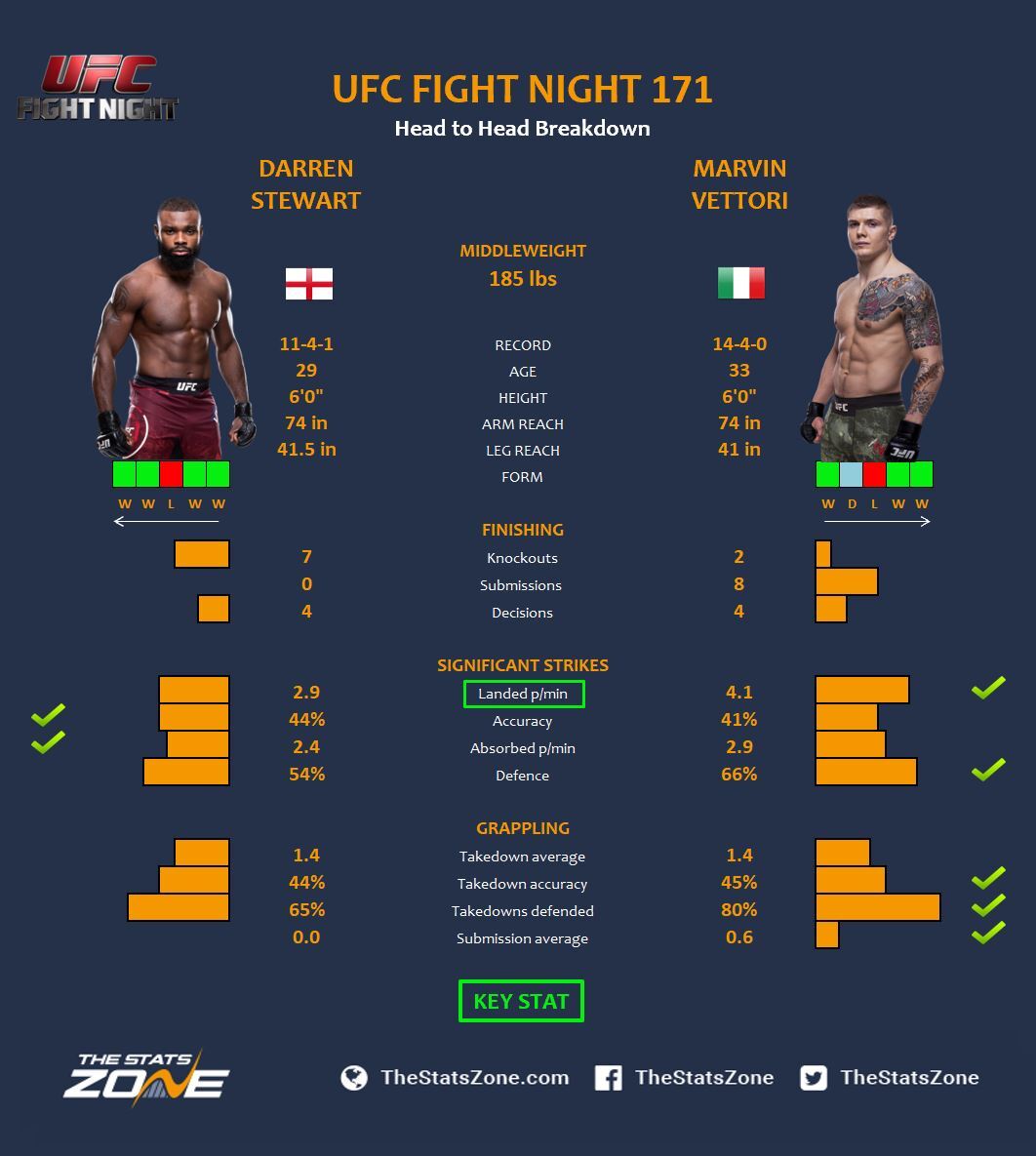 Darren Stewart is looking for his third win in a row but has an Italian wall standing in front of him in the shape of Marvin Vettori.

On a three-fight skid and with his UFC career hanging by a thread, Stewart bounced back with two superb knockouts over Eric Spicely and Charles Byrd. However, he met rising star, Edmen Shahbazyan and took him to the wire, missing out on a split decision, but he has followed that gutsy performance up with two decision wins over Bevon Lewis and Deron Winn.

Vettori is also coming off two wins with unanimous decisions over Cezar Ferreira and Andrew Sanchez. These wins came off the back of taking the current middleweight champion Israel Adesanya to a split decision in one of his toughest fights and, still bitter with the judges verdict, Vettori is desperate for another shot at the champ.

These guys are not ranked but they are at the top of the game with extremely well-rounded skill sets. Expect a bit of everything in this fight from technical boxing to clinches. They are both very powerful and technical fighters who are very evenly matched so this will be a gritty contest.

Vettori’s only losses in his last 12 fights were to submission wizard Antonio Carlos Junior, who he took to a decision, and a tight split decision to the unbeaten champion, Israel Adesanya. Stewart has his hands full, but he has the tools and the heart to squeak out a decision.