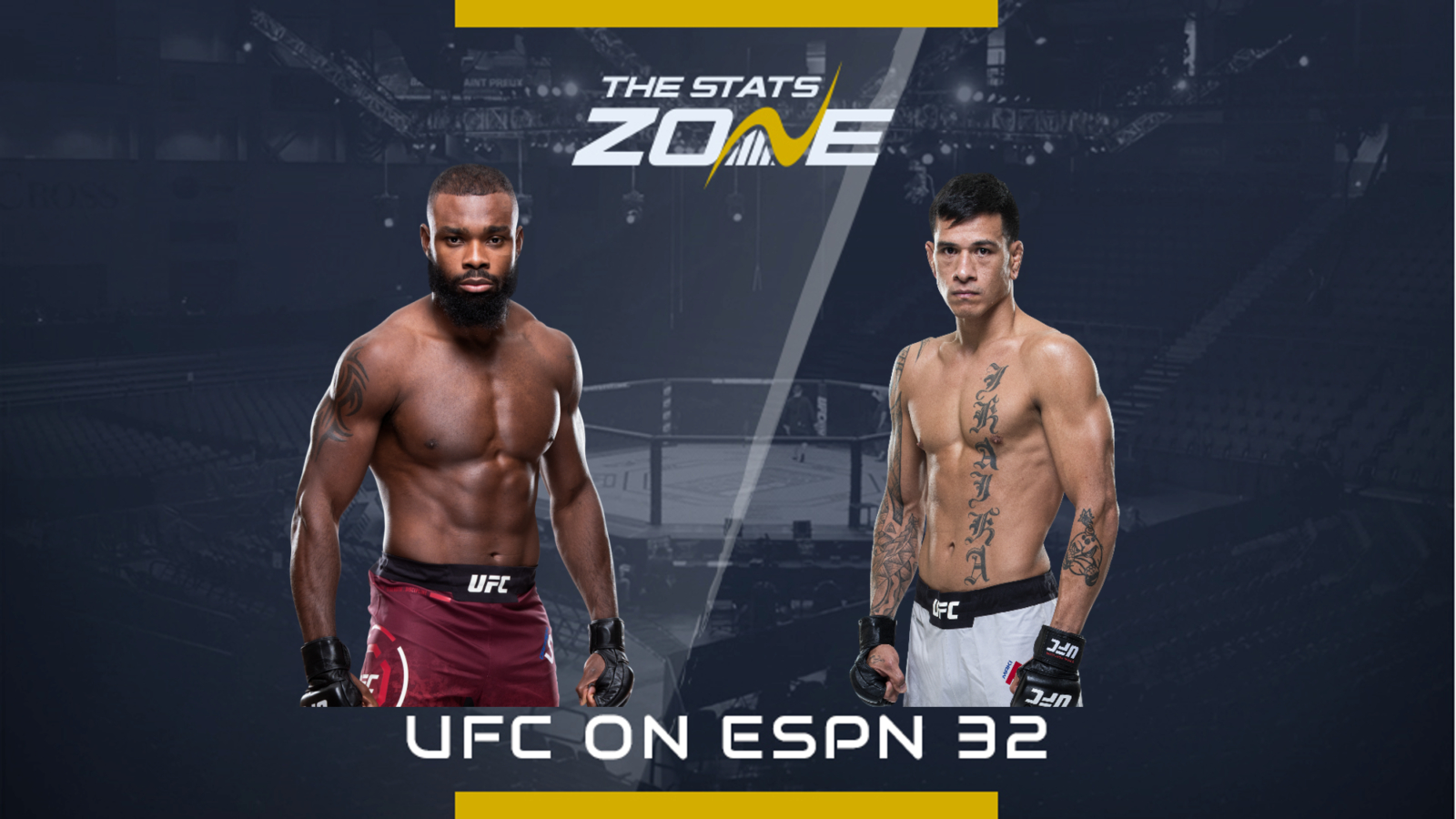 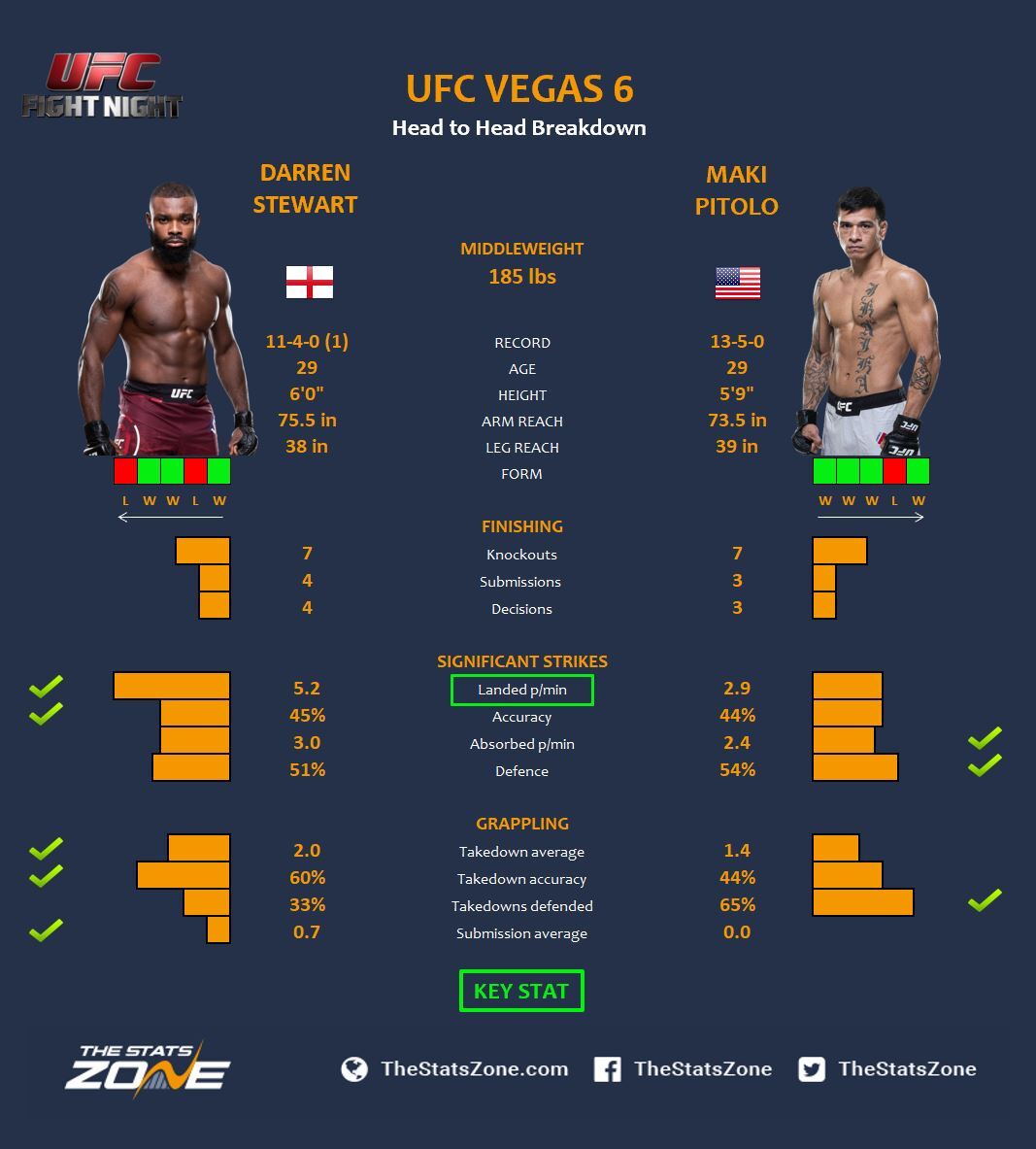 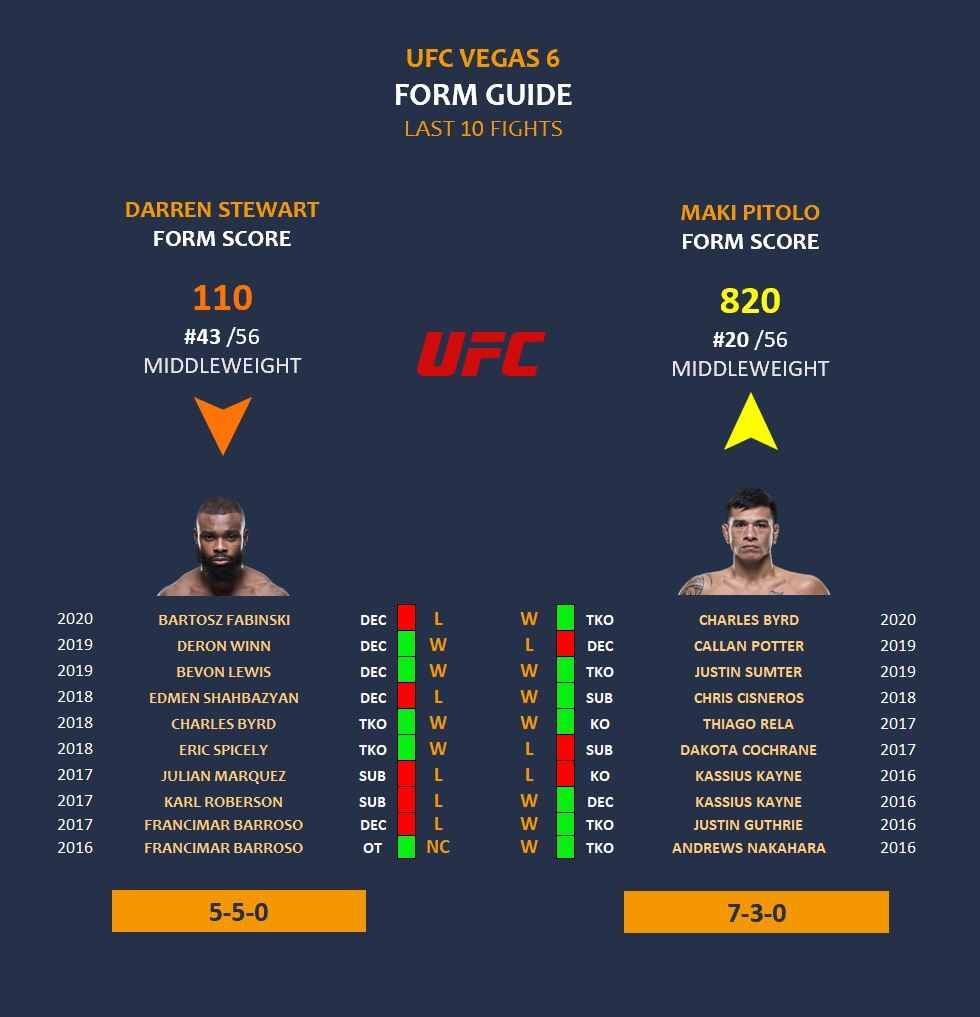 After UFC Fight Night 171 was cancelled due to the COVID-19 pandemic, Darren Stewart’s fight with Marvin Vettori fell through but he still managed to organise a one-off fight for Cage Warriors against Bartosz Fabinski. However, Stewart ended up losing a unanimous decision snapping a two-fight streak and now he is desperate to put that chain of events behind him and get another UFC win.

Maki Pitolo is standing in the Londoner’s way and looks to have his swagger back after getting knocked out on his UFC debut against Callan Potter. Pitolo earned a UFC contract by knocking out Justin Michael Sumter on Dana White’s Contender Series and got that winning feeling back by finishing Charles Byrd back in June at UFC 250 to regain some form.

Fabinski deserves a lot of credit for his win but it was surprising to see Stewart lose so dominantly after seeing him beat Deron Winn who is an elite wrestler. That said, Pitolo is a completely different fighter and this should be be an exciting stand-up battle.

They are both well-rounded, but they will both look to do all the damage on the feet and look for a finish. Pitolo has clear knockout power but Stewart is a UFC vet now and should use all his experience to outwork Pitolo on the feet and mix in any grappling if needed.

Stewart will also have the size and power over Pitolo is a natural welterweight and is expected to earn a decision and potential knockout.