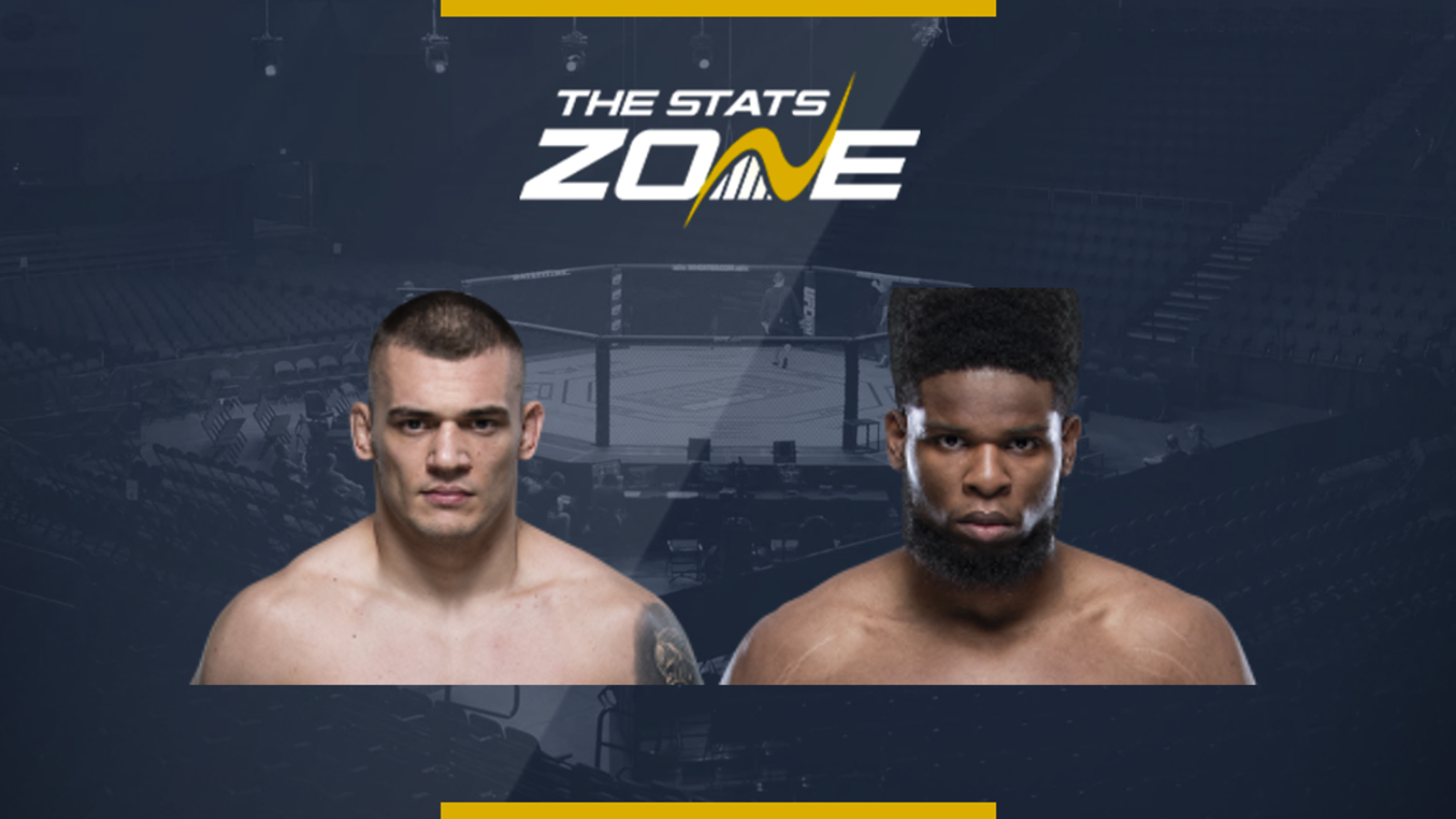 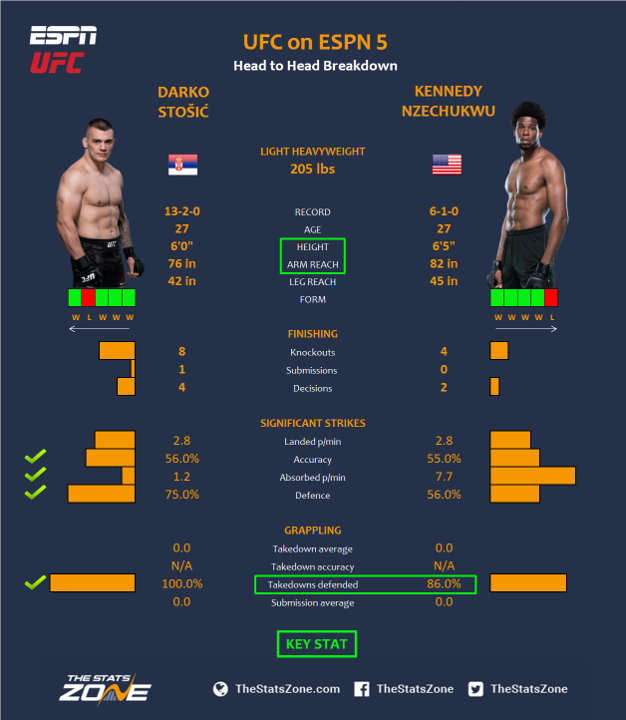 Two light heavyweight knockout artists head to New Jersey off the back of rare losses. Darko Stosic and Kennedy Nzechukwu love collecting scalps but now they need a win to get back on track and make a dent in the division.

Stosic suffered his first loss in 10 fights in his last outing. The Serbian met Devin Clark after winning his UFC debut with a violent knockout of Jeremy Kimball. However, Clark derailed the powerhouse to close out a unanimous decision.

Big things were expected from Nzechukwu, earning a second chance on Dana White’s Contender Series with five wins. He knocked out Dennis Bryant to earn a contract but was below par on his UFC debut, getting submitted by Paul Craig.

Looking at the stats you may expect a slugfest but Stosic is also a phenomenal grappler and may utilise his elite-level judo to negate the height and reach advantage. We have not seen Stosic’s judo and grappling skills yet in the octagon as the stocky Serbian has relied on the ferocious power in all of his limbs.

That said, either of them are capable of a knockout with the power they possess but Stosic has more strings to his bow and we expect to see him chop Nzechukwu down with thunderous leg kicks, and take him down if required.