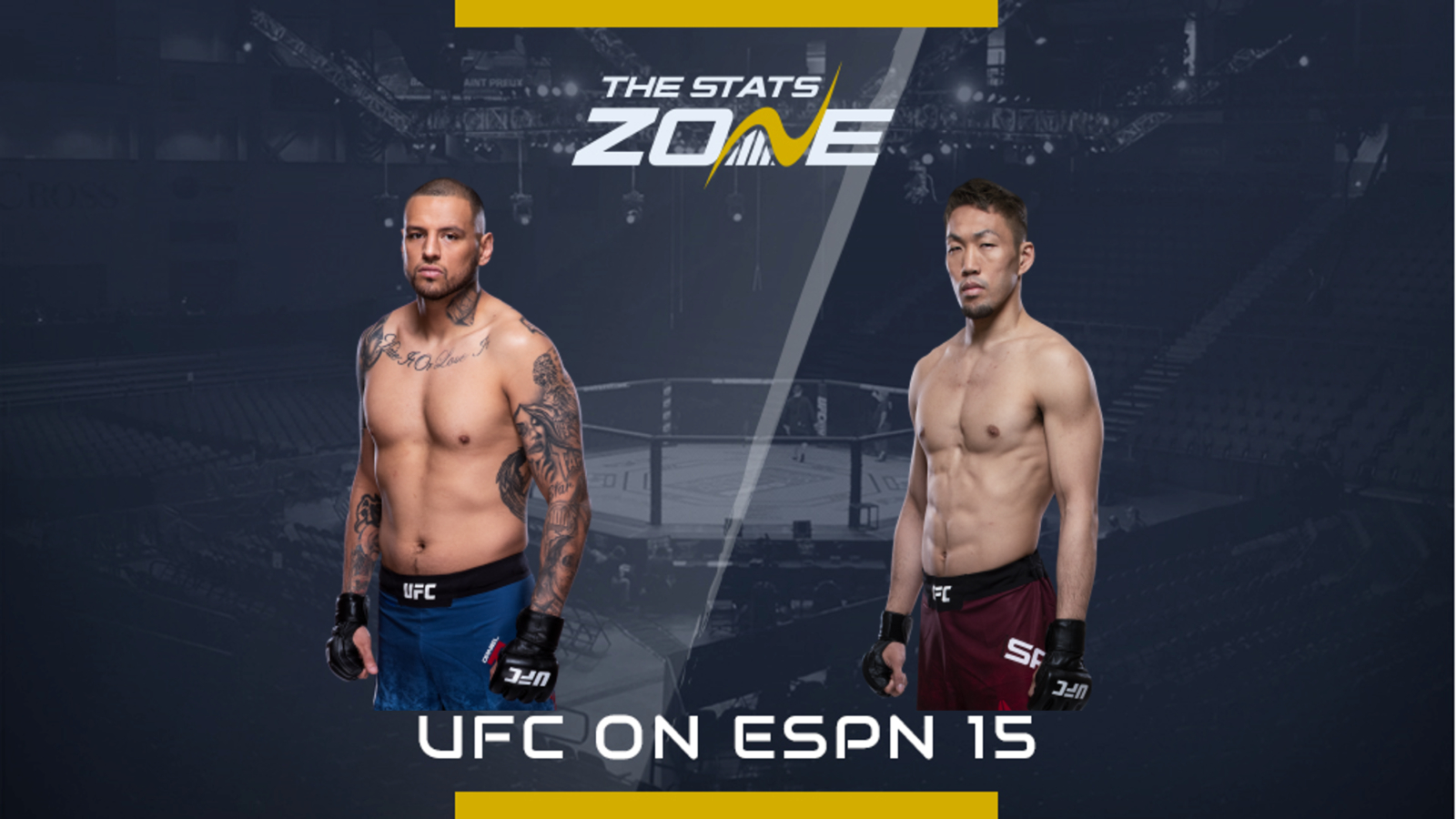 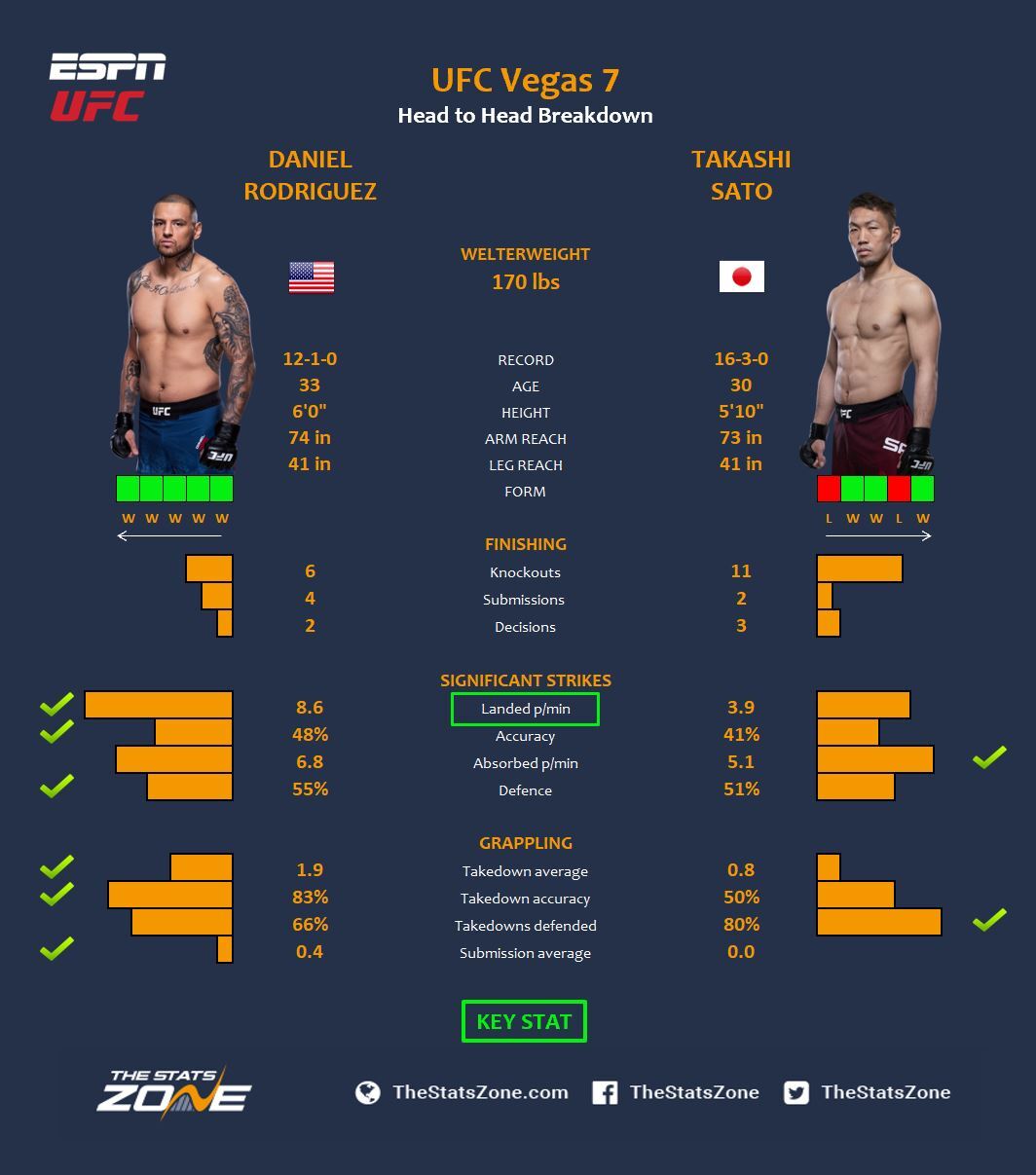 Daniel Rodriguez has made a big impression in just a couple UFC fights. He made his debut after stepping in for Ramazan Emeev on late notice to take on the Tim Means and put on one hell of a performance causing the upset and finishing the veteran with a guillotine. He added another win back in May earning a unanimous decision over Gabriel Green stretching his win streak to eight.

Takasi Sato in the man tasked in derailing Rodriguez gunning for back to back wins. Arriving to the UFC with a record of 14-2, Sato met Ben Saunders and had a perfect debut picking up the TKO. However, he then took on top contender, Belal Muhammad and got submitted but he is coming off a his 11th knockout which was against Jason Witt back in June.

This should be fireworks wherever the fight takes place. They are both dangerous southpaws with very heavy hands and a grappling contest will also be fascinating.

Sato is a black belt in judo and uses these skills brilliantly to get his opponents to the mat to inflict his ferocious ground-and-pound. However, Rodriguez is always a submission threat and we saw how cleanly and quickly he wrapped that choke on Means.

This is another fight that could go either way. Two of Sato’s three losses have come via submission and Rodriguez will not want to risk getting caught under Sato raining down punches so this is likely to start and finish on the feet where either fighter is capable of the knockout.