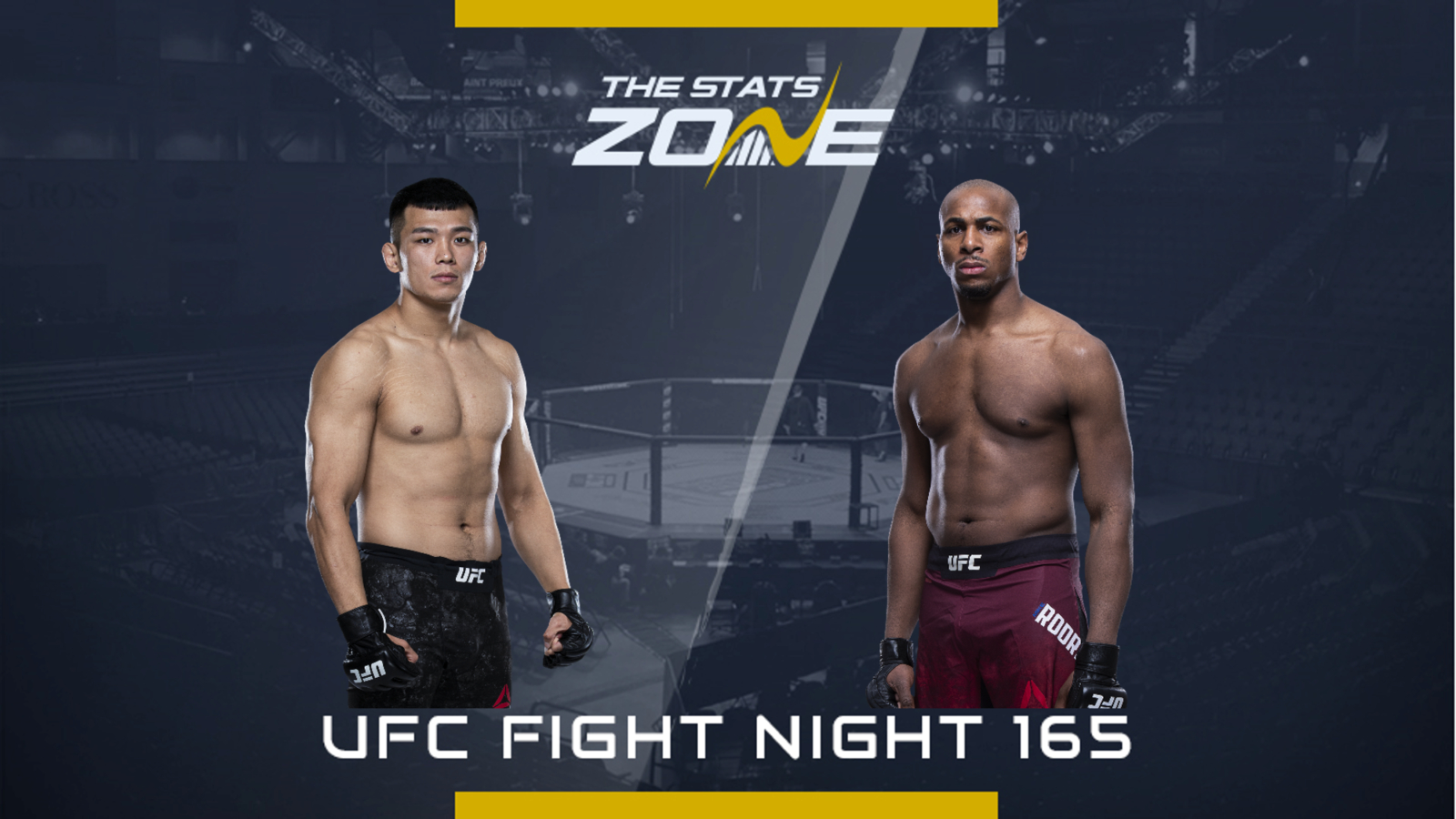 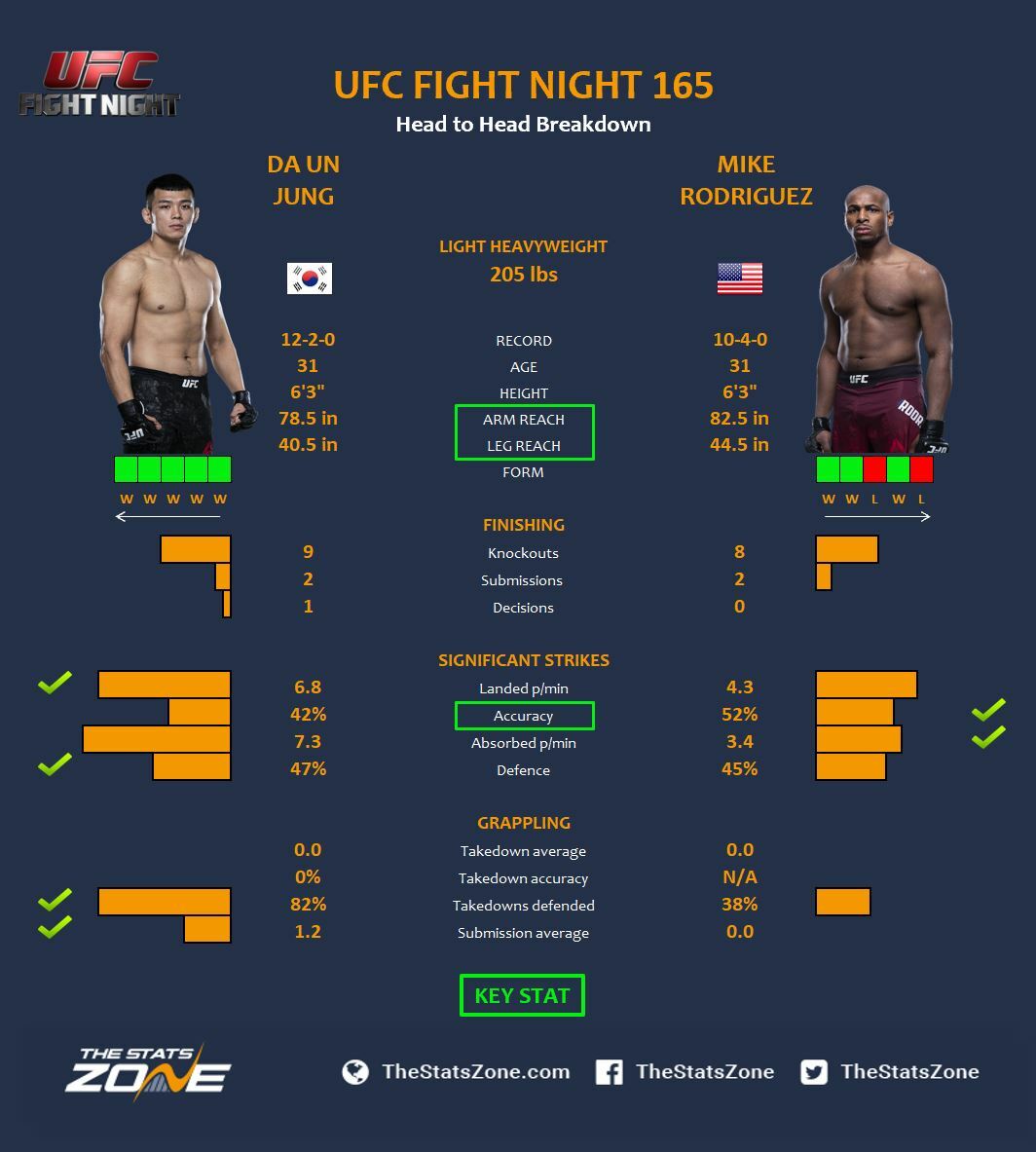 After compiling 10 wins in a row with eight knockouts and a submission, Jung was awarded with a UFC contract and he passed his first test in the shape of Khadis Ibragimov with flying colours, handing the Russian his first career loss and doing so with a guillotine choke.

Rodriguez was awarded his UFC opportunity in similar fashion. After three knockouts in a row he met Jamelle Jones on Dana White’s Contender Series and ended him with a spectacular flying knee. Suffering mixed fortunes since, he lost his UFC debut to Devin Clark, finished Adam Milstead and lost another decision to John Allan Arte in his last outing.

Both men are knockout artists but have never been knocked out themselves. This could easily turn into a slugfest and those chins will be tested. If Rodriguez can utilize his monster reach, he can keep Jung at a distance with his jab and win the exchanges with movement.

However, we have not seen enough of that and Jung has the durability to press forward and inflict more damage. If the fight ends up on the floor he will also be favoured to pile on more damage with dangerous ground-and-pound.