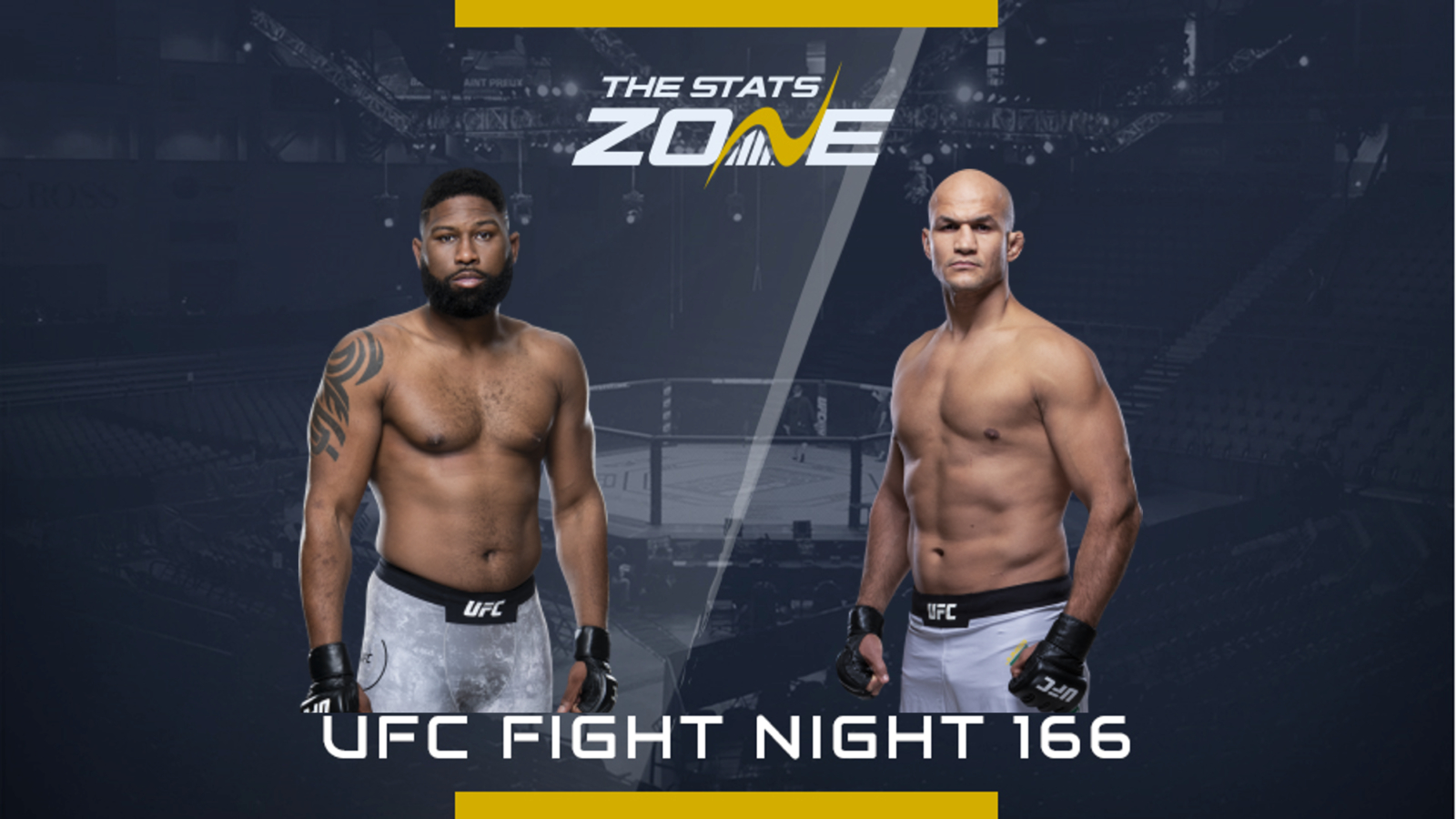 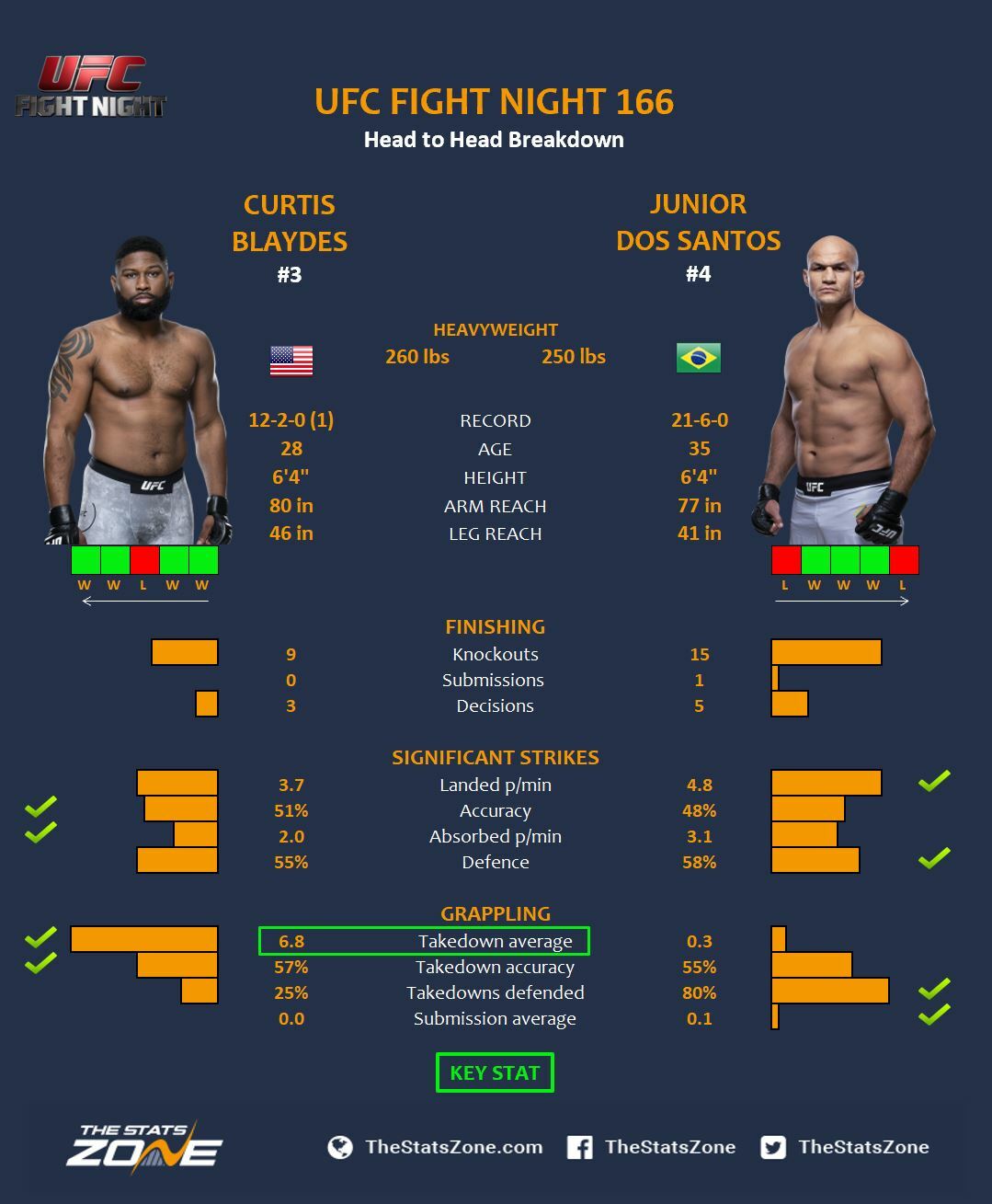 Two of the best heavyweights on the roster square-off in Raleigh, North Carolina as Curtis Blaydes and Junior dos Santos look to push towards the front of the queue for Stipe Miocic’s strap.

After eating a second Francis Ngannou sledgehammer and the second loss of his career, Blaydes has got his appetite back and eyes up a title shot. After that second setback to Ngannou in 2018, Blaydes bounced back in a grudge match with Justin Willis, wrestling him into a unanimous decision and he is coming off another dominating display. This time, mauling Shamil Abdurakhimov and finishing him via TKO.

Dos Santos was unfortunately on the same menu as Blaydes in his last outing, experiencing the devastating power of Ngannou. This TKO loss snapped an impressive three-fight winning streak – a decision over Blagoy Ivanov and knockouts over fellow heavy hitters, Tai Tuivasa and Derrick Lewis. After an infection in his leg forced him to withdraw from a fight with Alexander Volkov and a cameo on Brazil’s equivalent of ‘Dancing With The stars’, twinkle-toes looks to get back to his bread and butter in knocking people out.

This will all come down to the takedown defence of Dos Santos. Their game plans will be predictable and that will be for the Brazilian to hunt the knockout on the feet and for Blaydes to relentlessly pursue the takedown in order to dish out his brutal ground-and-pound.

As you can see from the stats, Blaydes is very successful in getting his opponents down. The Brazilian has exceptional takedown defence but is unlikely to avoid Blaydes’ grasp for the entirety of the fight. However, one of the best technical boxers in the division needs just the slightest of openings to change the course of the fight.