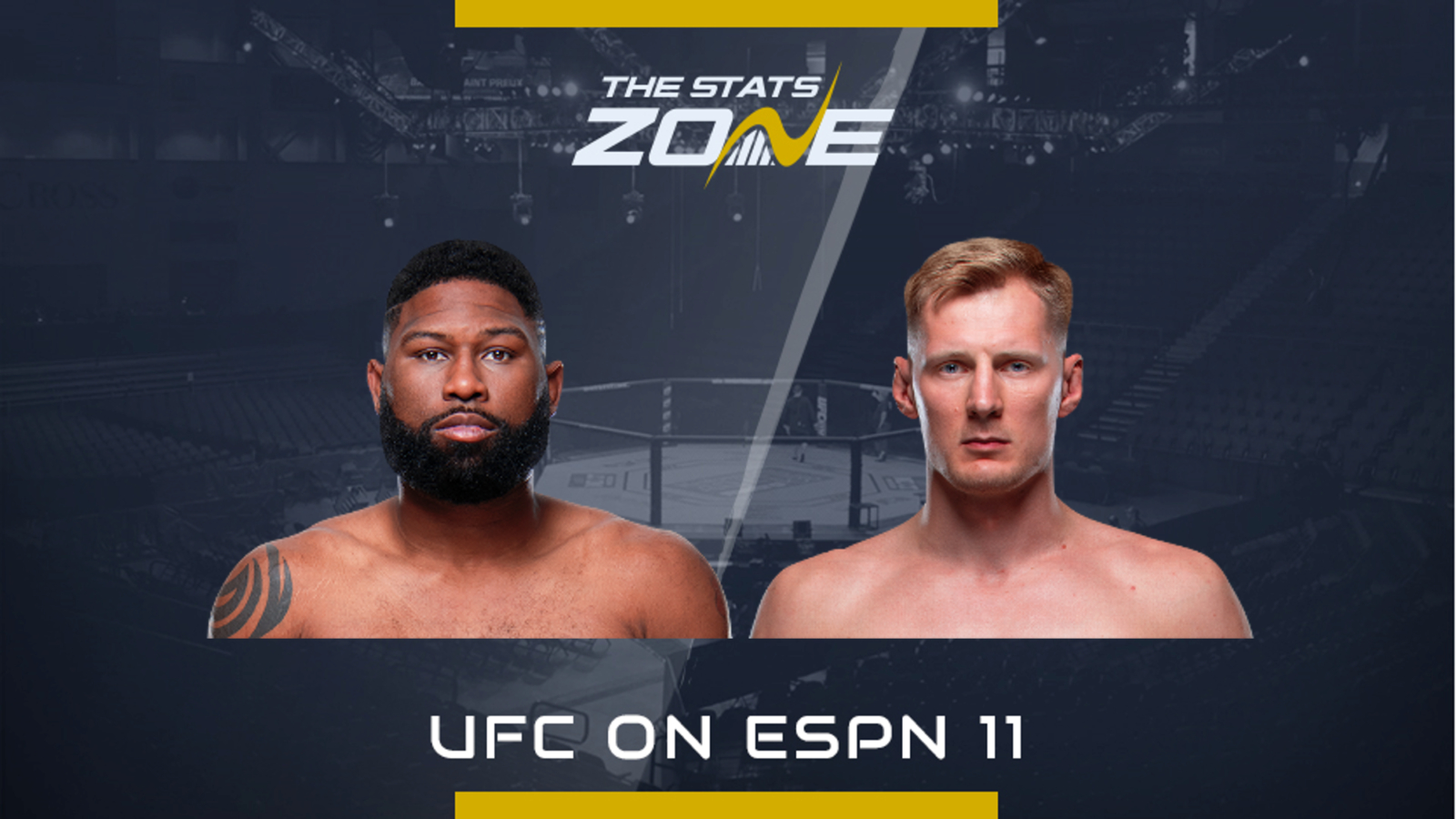 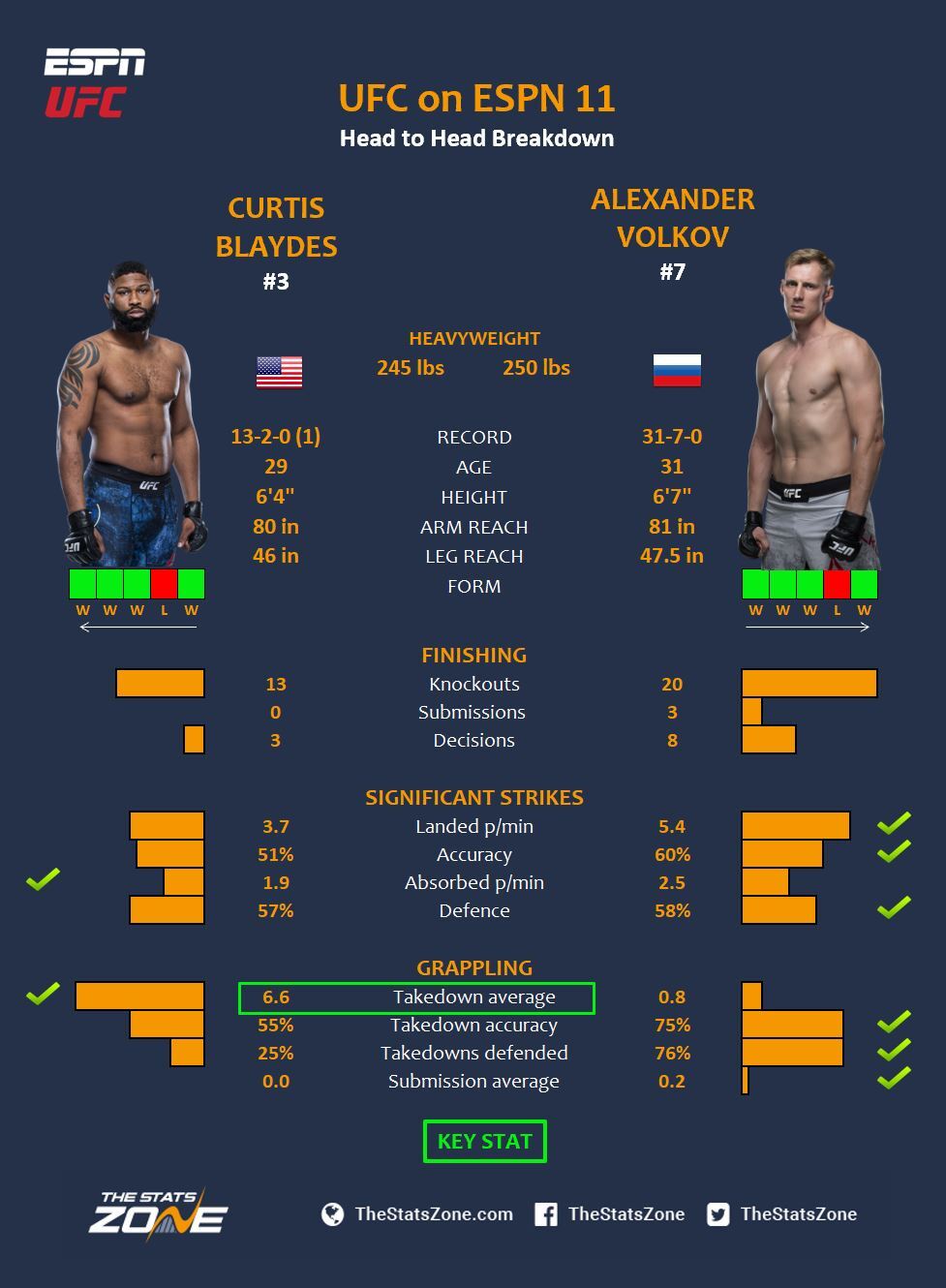 With no clear route to the heavyweight title, Curtis Blaydes settles for a fight with Alexander Volkov.

Blaydes is hunting that title shot but with Stipe Miocic and Daniel Cormier struggling to make a date and the man that has handed Blaydes his two losses – Francis Ngannou – waiting for the winner, he has little choice but to remain active. After the his second knockout loss to Ngannou back in November 2018, Blaydes has steamrolled Justin Willis (unanimous decision), Shamil Abdurakhimov (TKO) and is coming off his biggest win in knocking out one of the best strikers in the division in former champion Junior dos Santos.

Former Bellator champion Volkov is a dangerous assignment for anyone as he is a phenomenal striker standing at 6’7” with an underrated grappling game. After an impressive six-fight winning streak, he was on the cusp of making it seven when he was cruising to a decision over Derrick Lewis but a lapse in concentration led to Lewis finding his only path to victory and landing his monster right hand with only 11 seconds left of the fight. However, he responded with a decision win to the late replacement Greg Hardy in his last outing.

Although Volkov was preparing for Dos Santos and dealt with Hardy, it was not an impressive performance whereas Blaydes has looked like a savage in recent fights. Dubbed as just a wrestler, he has clearly added dangerous striking to his game as not many fighters can put Dos Santos away on the feet.

This will only make his wrestling more dangerous against Volkov as the Russian will be more respectful of his striking which will create more opportunities for the takedown. Blaydes is expected to get the takedown with punches and level changes.

Volkov is more than capable of landing a knockout and dismantling Blaydes at the end of his jab and kicks. However, do not expect Blaydes to search for another knockout on the feet as he is fully expected to take Volkov down as soon as possible and unleash his ground-and-pound to set up a finish on the mat.