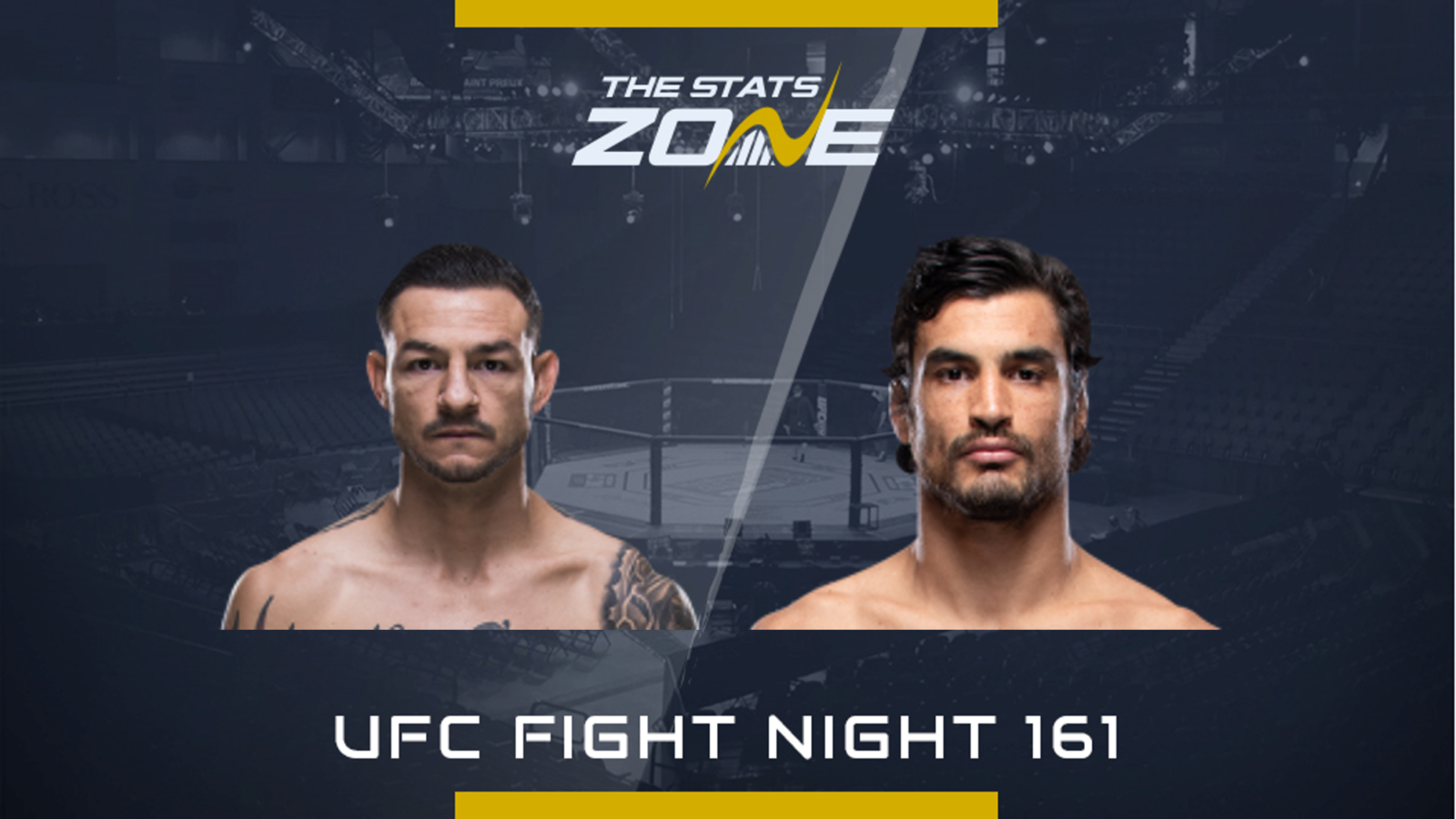 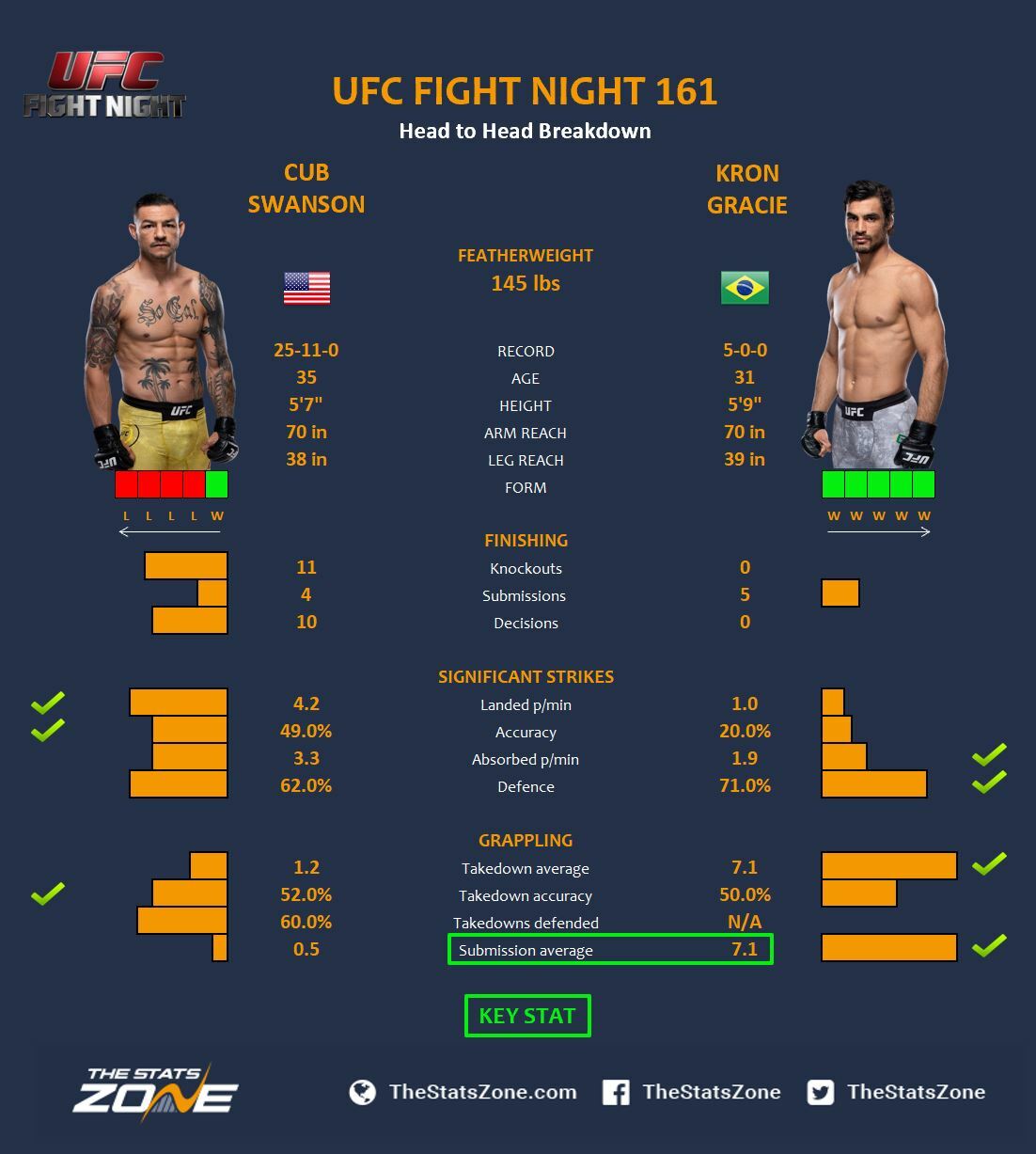 Fan favourite Cub Swanson is back for the co main event at UFC Fight Night 161 but is on a four-fight skid and it is all uphill as he now faces the Brazilian jiu-jitsu phenom Kron Gracie.

Swanson has enthralled fans for over a decade since his WEC days with his electrifying skills but father time has caught up with him as he is on a bleak four-fight losing streak, albeit against some of the best fighters in the division. He first got submitted by another jiu-jitsu ace Brain Ortega, then lost a decision to Frankie Edgar before getting submitted again by Renato Moicano, and now is coming off a split decision loss to Shane Burgos.

At a completely contrasting stage of his MMA career, Gracie is 5-0 after becoming a grappling legend. Unsurprisingly, he has submitted all of his victims including Alex Caceres who was really hand fed for the Brazilian’s UFC debut. Swanson is a notch above in terms of experience and skill to all of Gracie’s opponents and this will be a true test of his potential in the sport.

Swanson is a black belt in Brazilian jiu-jitsu but there are different levels of black belt and he has to keep the fight standing at all costs. Swanson’s unorthodox and diverse striking will give Gracie a host of problems and can easily find a knockout but only if he can find enough time and space on the feet.

However, Gracie will be licking his lips at the seven submission losses on Swanson’s record and is so good he only needs to get the fight to the ground once to find a submission.