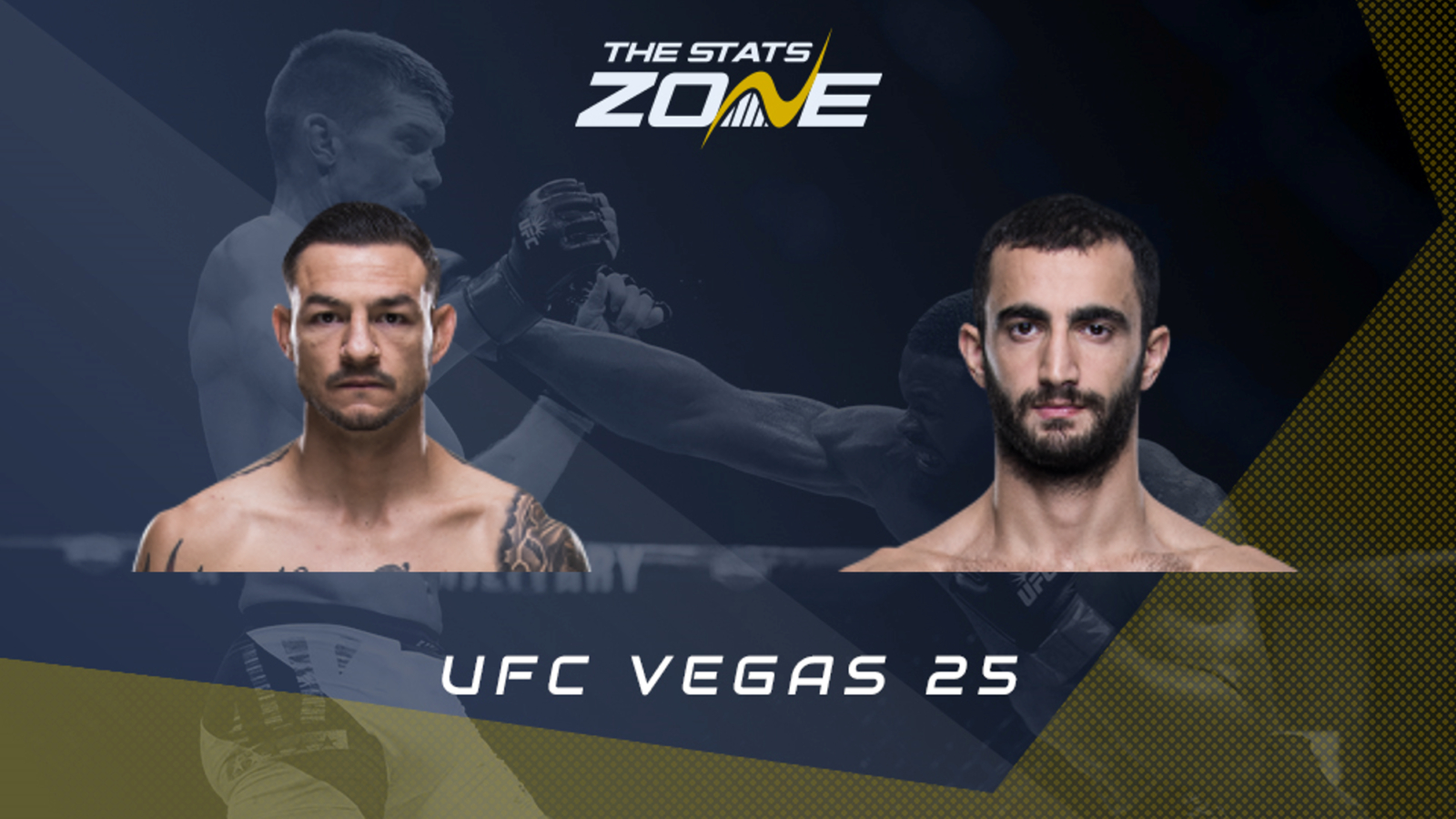 Fan favourite, Cub Swanson (27-11) is back on the march after bouncing back from a four-fight skid. He has been fighting the best for over a decade now and ran into monsters. The skid started in 2017 getting submitted by Brian Ortega. He then lost a unanimous decision to Frankie Edgar before getting submitted again by Renato Moicano and then lost a split decision to Shane Burgos. However, he was then paired with jiu-jitsu phenom, Kron Gracie and crushed the hype with a classy unanimous decision. Unfortunately, he was then forced out for a year after tearing his ACL grappling in the Quintet Ultra with Jake Shields but came back in December to notch the 12th knockout of his career against Daniel Pineda.

Top prospect, Giga Chikadze (12-2) got four fights in last year although he did deal with a few dropouts. Either way, he is still undefeated in the UFC. He earnt split decisions over Brandon Davis and Jamall Emmers for his first two UFC outings and then won two more comfortable unanimous decisions over Irwin Rivera and Omar Morales. He returned less than a month later but it was a mismatch, picking the smaller Jamey Simmons apart before knocking him out in the first round.

This is fantastic matchmaking with the prospect taking a step-up in competition against the veteran and stylistically, they are destined to put on a show. They are both quality strikers – Swanson fights in his trademarked unorthodox style and Chikadze fights long and will boast a four-inch height and reach advantage.

Expect Chikadze to try and maintain the distance by keeping Swanson at the end of his range with kicks. Swanson tends to eat a lot of leg kicks so Chikadze will be homing in on the top of the knee and calf.

Swanson will look to utilise his movement to get in the pocket and unleash unpredictable combinations attacking the legs, body and head but he needs to be the aggressor to close the distance.

This should be a very exciting battle on the feet and it is hard to count Swanson out with his durability, power and experience. However, unless Swanson throws in a few takedowns to expose the Georgian’s grappling, Chikadze should be able to win the rounds with his output landing more strikes.