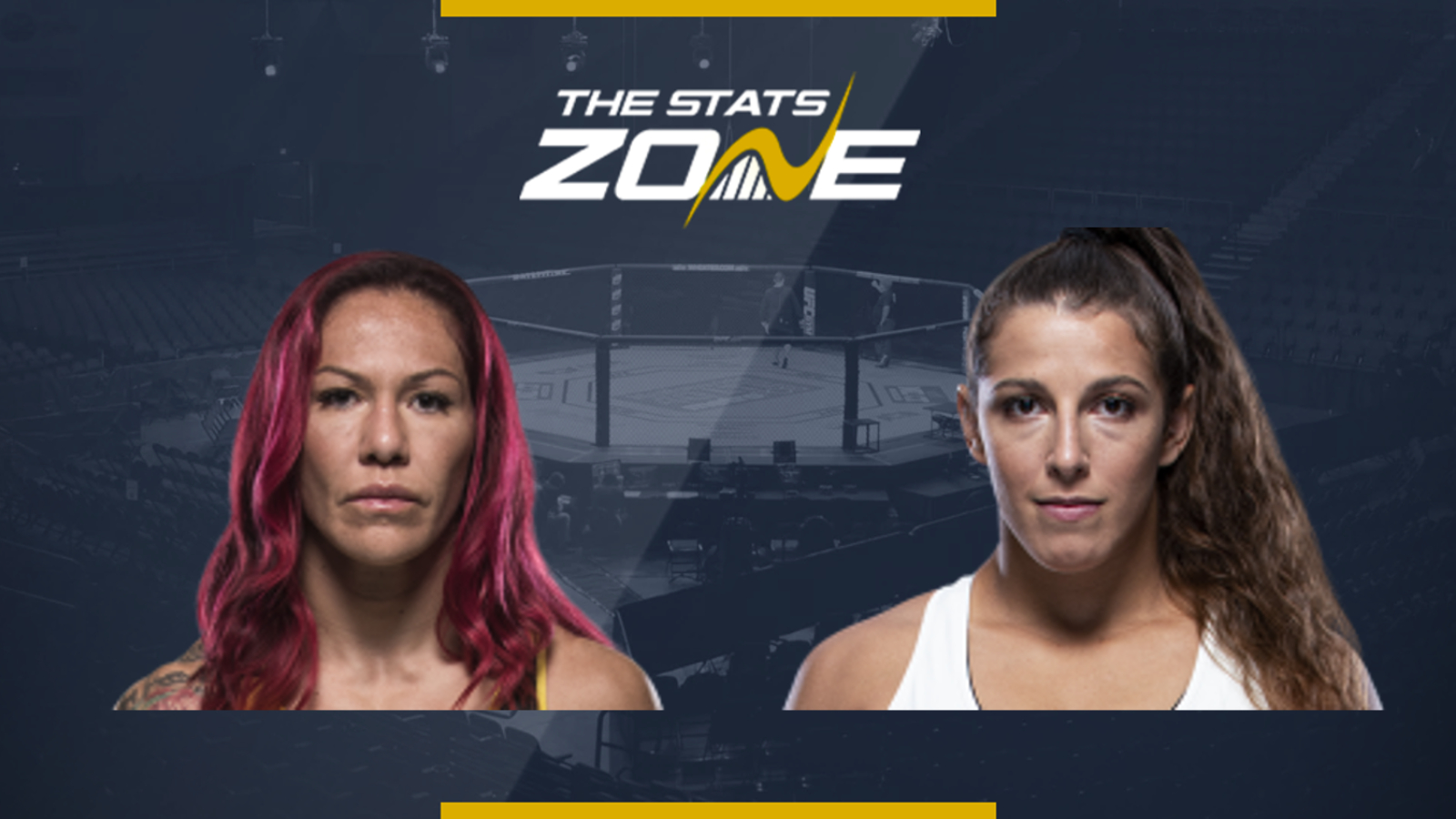 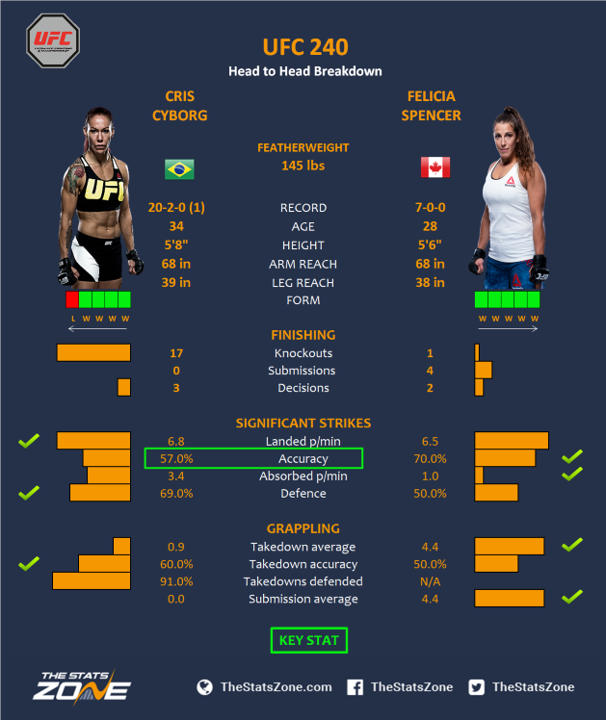 Cris Cyborg returns after that infamous knockout loss to Amanda Nunes. Her future is unclear with one fight left on her contract and she travels to Canada to be welcomed by Felicia Spencer who has only had one UFC fight but boasts an unblemished record.

This is unknown territory for Cyborg after Nunes stopped off at featherweight to knock her out in the first round and walk away with her belt. This was her first loss in 22 fights but we know she is still a monster who simply crossed paths with the greatest female fighter of all time.

After winning the vacant Invicta featherweight title by submitting Pam Sorenson, the UFC gave Spencer an opportunity to fight Megan Anderson in New York. Flying in under the radar, she put on one hell of a performance, finishing Anderson with the fourth rear-naked choke of her career.

The game-plan for Spencer is clear and that is to take Cyborg down and search for a submission. This would be great to see as we have not had a chance to witness Cyborg’s ground skills yet.

However, the discrepancy on the feet will be clear. Spencer has not experienced power like Cyborg’s before and this power should prevent her from being controlled on the floor or in the clinch. This should create enough space for Cyborg to unleash her devastating striking arsenal and she only needs a couple of clean strikes to knock the wind out of the Canadian and set up a finish.